Animal Hospital Ensemble NYE
I started 2014 off by seeing the Animal Hospital Ensemble for the first time. I’ve seen Kevin do his thing solo probably a dozen times, but eating a bunch of hallucinogens in the bathroom before finding a seat in the middle of his giant band was a really special experience. The music perfectly manages to capture the passing of time in a way thats confident and careful. They’re playing again tonight (as of my writing this) and I wish I could be there for it. These New Years Eve performances are one of Boston’s special gems.

Toxic Holocaust / Exhumed / Ramming Speed / Mammoth Grinder tour
I normally spend 3 to 6 months a year on the road, but this is the only real tour we did in 2014. It had some of the wildest shows I’ve ever played and some of the most brutal travel conditions I’ve lived through. Everyone on the package played their own version of extreme music in ways that were fresh, heavy and so much fun to listen to night after night. I’ll never forget drinking the entire Nugget Casino in Sparks, NV out of Coors, while playing a ton of sloppy blackjack, jumping between random hotel room parties and watching Matt Harvey from Exhumed talk down security in the process.

the James River
I live less than a mile from the James River in Richmond and 100 degree summer heat has never been so luxurious. There’s a bunch of communal spots and a ton of secluded gems for chugging beer, sunbathing and swimming. Since winter is super short here, I can’t wait for 2015’s shithead summer season to begin again, which will probably be around March since we don’t have 9 month New England winters down here.

Maryland Death Fest
2014 was my third Deathfest and while I was only there for one day, I managed to check out Candlemass, Misery Index, and Uncle Acid and drank a thousand shitty margaritas in that brutally hot parking lot (and a hundred more warm beers in the hallway of some hotel). Me and my lady ended up randomly watching a Death cover band at like 1am and crashing on the floor of the Relapse records hotel room under some spare sheets. If you like heavy music and adventure go to MDF and make bad decisions.

Midnight – “No Mercy For Mayhem”
With their third LP Midnight vomited up another fiery blast of Motorhead/Venom black n roll that sounds violent, blasphemous, sexual and fun as shit. Their show at Richmond’s Strange Matter earlier in the year was so fucking hot that the crowd turned into a swirling steaming pile of skin and sweat. People just laughed and drank and turned into prunes.

Dirty Fences – All
These Brooklyn via Brookline slopheads have been crushing it this past year. They toured stateside at least three times and I think went to Europe just as many? 2013’s “Too High To Kross” is a masterpiece in the realm of keep-it-simple-stupid Ramones worship and I love that these dudes keep their “garage rock” aggressive, fast and on the road. They’re just loose enough to keep things feeling like a party, but always seem to stop on a dime. If you somehow missed Dirty Fences live in 2014 I recommend at least banging out to their record.

Martyrdöd – “Elddop”
In recent years the biggest of the Scandinavian dbeat bands have tried to separate themselves from each other by adding rock n roll parts (Victims), arena sized riffs (Disfear) and a more death metal tone (Wolfbrigade). Martyrdod have been quietly crafting a different type of secret weapon and on “Elddop” they fully realize creepy snaking guitar melodies that weave throughout wildly heavy, anthemic, yet sneaky sounding riffs. Probably my favorite record of the year.

Ramming Speed Music Video shoot in Allston
The only other tour we did this year was a short one with Municipal Waste and Madball to and from Canada. I wish we could have done more dates with those dudes, but the biggest highlight ended up being our music video shoot in an Allston loft space. My love for the Boston music scene has waxed and wained over the years, but nothing will make you feel prouder of your hometown than watching a tiny room full of friends and strangers pile on top of each other to sing along, spray beer and dodge silly string.z

GWARbq / GWARbar
Richmond used to have Best Friends Day which was a huge fest at a waterpark and the best sloppiest drunkest weekend north of The Fest. Nowadays there is the GWARbq, which is basically the same thing except it’s one day and everyone is eating BBQ and Steve Dave is there and Ice T is wandering around and Hatebreed play while a fat guy does a backflip off the rope swing. Iron Reagan killed the small stage and the newest version of GWAR SLAYYYEEEDD on the big one.

GWARbar, a restaurant version of all this, opens tonight in Richmond’s Jackson Ward neighborhood. 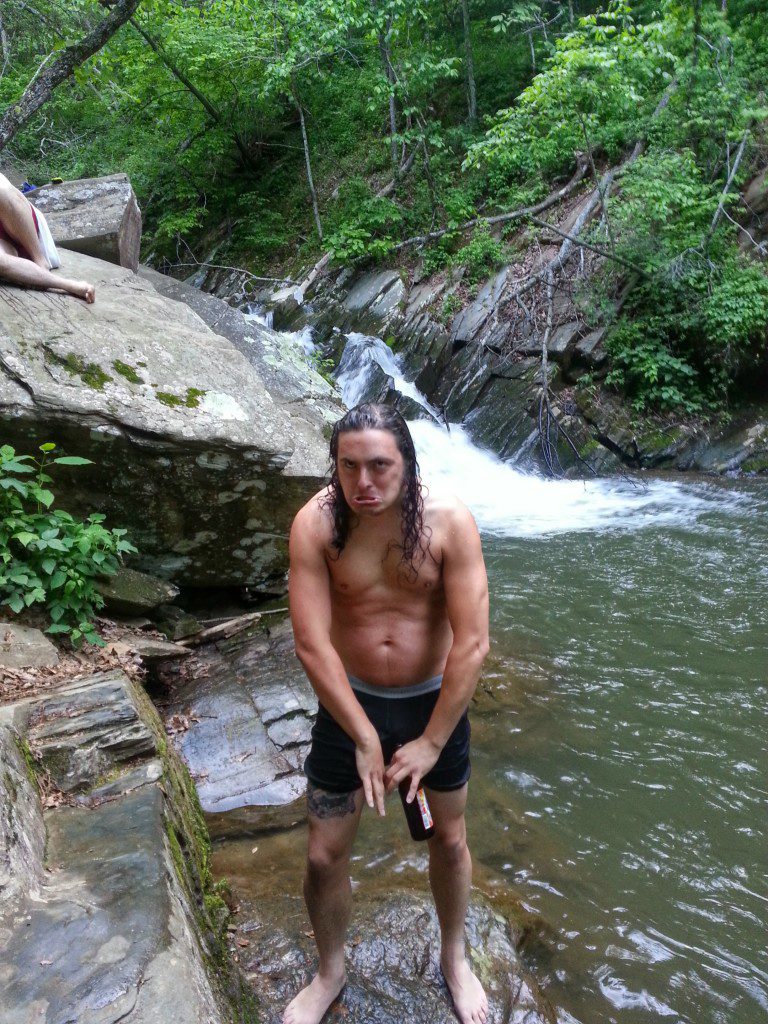 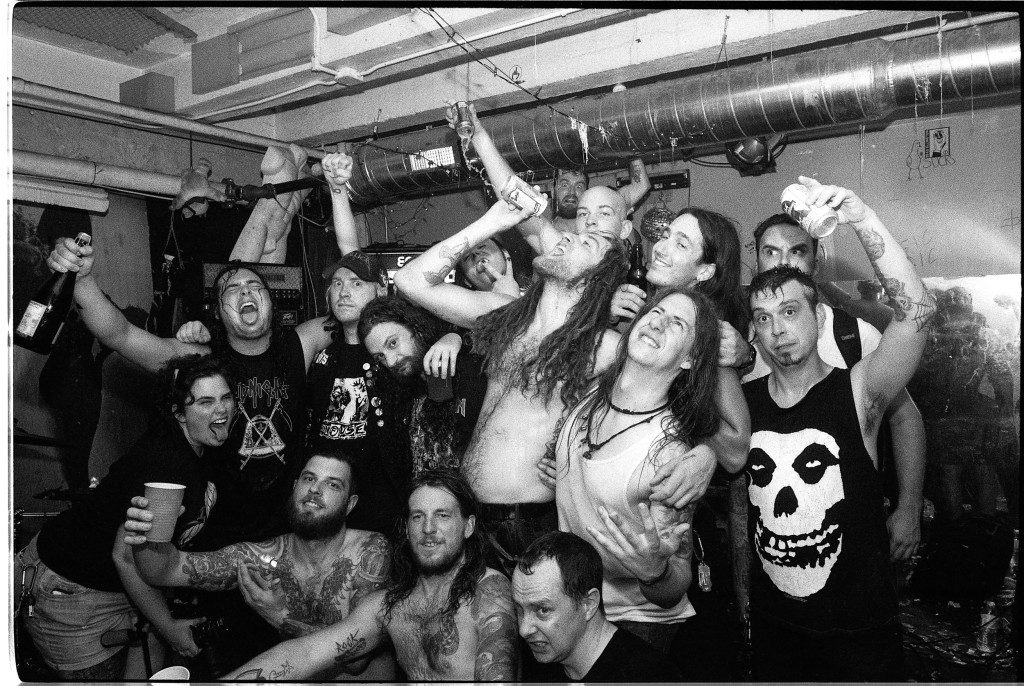 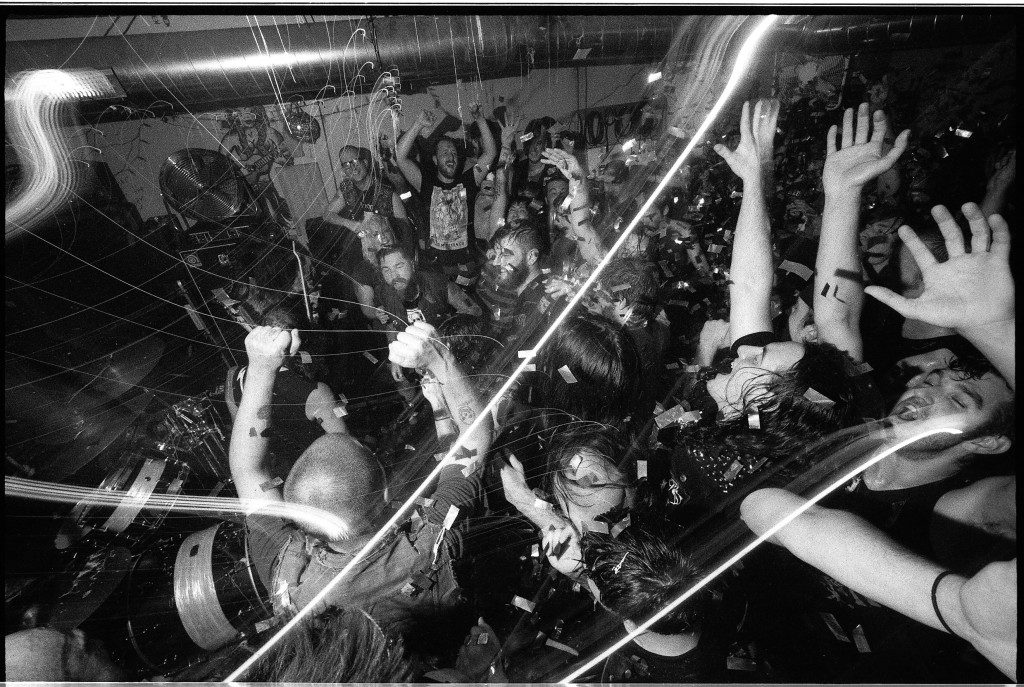 My Favorite Non-Boston/New England Albums of 2014

DAN SHEA is the Director of the 501(c)(3) non-profit BRAIN Arts Org and fills many roles in helping run its many projects (this website,…

In preparing this reflection of 2014’s most memorable cinematic offerings, I revisited my countdown from last year—my first as a published critic….