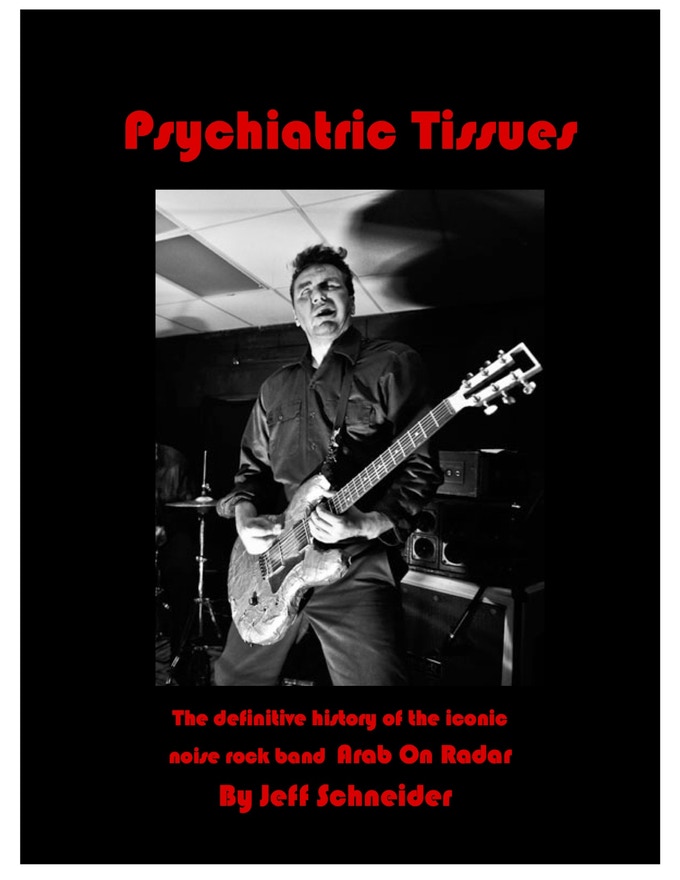 WARNING : Reading this book may give you the desire to start a band and go out touring immediately.

Arab on Radar were always a band ahead of their time. Truth be told I didn’t hear their music until years after they had broken up but they were always spoken of with great reverence. This was a wild band that made their own noisy, chaotic and highly offensive music that refused to compromise and opened up a whole new world to me.

Psychiatric Tissues, a personal memoir from founding guitarist Jeff Schneider (AKA Mr. Clinical Depression) is an insightful look into the legendary, unhinged band and the struggles that came with the territory.

Sidestepping any typical rock star bios that bitterly slag on ex-bandmates or are just filled with groupie tales (although there are a few) he portrays a scrappy, driven band striving to challenge themselves and their audiences.”We’d jam for usually 6-8 hours, then we’d identify the salient riffs/beat.We whittled out songs from fallen trees.” From their first show with their proper name (they were originally called Umbrella) opening for Marilyn Manson in a small club just as he himself was gaining traction, their appearance ends in a riot becoming emblematic of how out of place their music would prove to be. “People were just repelled by a lot of the aspects of our music.” he states “ It took us probably until after the band broke up for people to even begin to understand that what we were doing wasn’t just cacophony.” 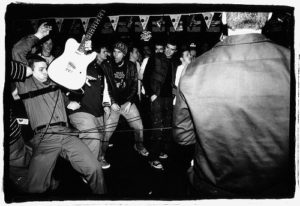 The book remains an entertaining read throughout because of Schneider’s unique perspective that aligns perfectly with the attitude of the band and will be familiar to fans mixing a cocktail of depravity, self deprecating humor, violence and gratefulness.I can’t imagine another author trying to write this book as authentically. He simultaneously manages to show the ecstatic sparks of inspiration (We worshiped the band Six Finger Satellite) and the hindsight of age (“My family had lost a lot of pride and I feel this is why I may have had something to prove, when it came to music.“) Along the way he doesn’t hold back with plenty of NSFW tour stories, preferable cat food as pillows and unexpected influences ( Albert Ayler, Sun Ra, Btches Brew, Fela Kuti.) Most surprising may be his own disposition when playing live (“I never played extremely high or drunk, perhaps a beer or usually nothing at all.“) that seems to be in direct contrast with AOR’s out of control sound, although he self admittedly drank heavily on his off days.

Unfortunately any fan knows this story doesn’t end well.”Arab on Radar in many ways was an exercise in denial” he later reflects and it becomes a harbinger of their eventual split. Despite working their way up the tour circuit culminating in the Oops tour a who’s who in noise rock of 2002 with Wolf Eyes, Lightning Bolt, Erase Erratta, Hella and the Locust the writing was on the wall.Internal band strife and a seemingly inability to reach the next step as a growing band took its toll.It becomes even more disheartening to read that when the band finally reunited in 2010 they had written new songs that were never recorded.

Arab on Radar’s story is the kind that seems almost too surreal to believe at times, but thankfully this book captures and relives that fertile period of noise rock where they were at the top.