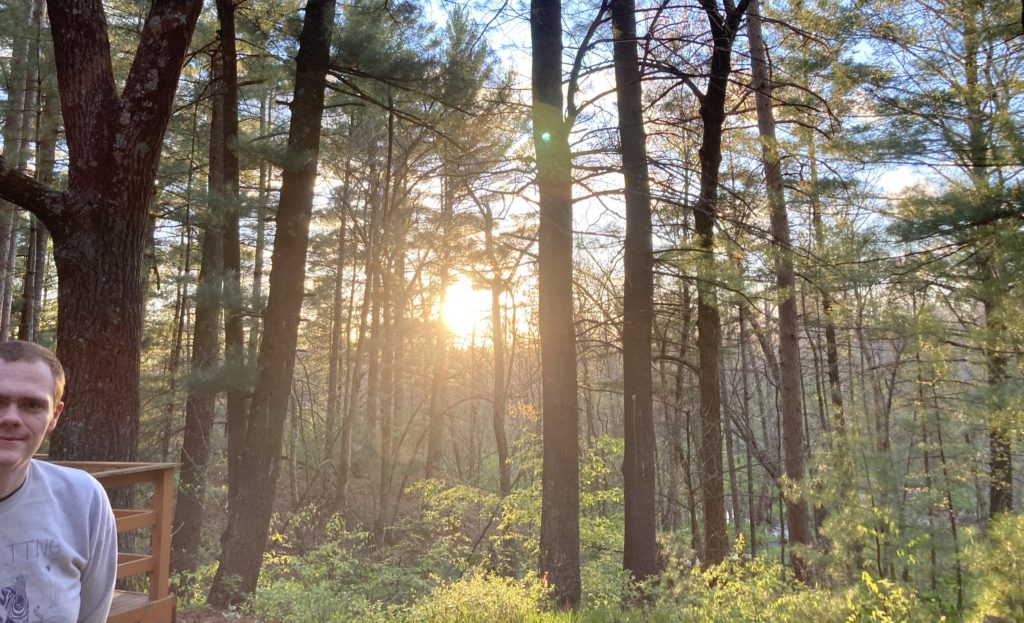 There’s probably a 90% chance you read that sentence and had no idea what it even meant; conversely, there’s a 10% chance you read that sentence and think it sounds like the coolest thing you’ve ever heard. Luckily for West, his work has drifted out into the emo community’s collective consciousness and made its way to the 10% that have enough sense and similarity to appreciate the beauty of his masterpieces. CH Point’s Bandcamp lists projects like Alex GBA, a reworking of Alex G songs comprised entirely from sounds from GBA games like Pokemon Red and Metroid fusion, or anim alcrossing, where he enlists the help of Animal Crossing’s KK Slider to recreate American Football’s legendary S/T album. These one-of-a-kind, ultra-niche creations have managed to corral a group of dedicated fans, as evident by the ever-growing amount of red “SOLD OUT” labels on his Bandcamp.

The origins of the gamer-emo crossover characteristic of CH Point stem from a video of Never Meant redone in the style of Mario 64. “I listened to it and I was like, I could make this in 20 minutes, this is not that difficult to do, I guess maybe at least in my mind, it wasn’t difficult to do,” said West. It would be hard to label that a false claim, with West managing to release his works with impressive efficiency, racking up 6 cover projects and one original album since last June. His familiarity with the rather elderly Musescore software has been a big part of his prolific release schedule. Introduced to him by a high school band teacher who recognized his knack for transcription, the open-source transcription software is uniquely equipped to handle what CH Point demands. “because it’s open source, it uses kind of vintage, like tools, I guess. And so one of those things is called a SoundFont.”

An esoteric file type that’s been all but abandoned by modern-day technology, SoundFonts were once seen as the industry standard for creating sample-based soundtracks and scores. “N64 had SoundFonts, browser based games like Runescape have soundfonts, or the Sims from the early 2000s has soundfonts,” said West. Thanks to some help from some equally driven gamers who’ve dedicated their time to ripping these soundfonts and uploading them online, there are endless opportunities for creation. These Soundfonts can be imported as synthesizers directly into Musescore, bestowing West with the power to sort through each and every sound used to build the soundtracks of legendary games and plug them into whatever transcription he creates.

So, why do video games mesh so well with Midwest Emo?

Nostalgia has always been one of the most alluring elements of the Midwest Emo genre. Its hoarse screams and twinkling guitars seem to evoke a somewhat childish sense of remorse and melancholy— emotions that grip and shake you back to another time. This heavenly yet painful experience makes you wonder why you’d ever want to be happy when you could just lay there in a scintillating purgatory. To capture the genre, this emotion must be bottled along with all the more scientific and musical elements that are said to comprise Emo. West is fully aware of this necessity in his creations, using soundfonts to induce feelings of forgotten times in his covers and confronting those times directly in his original work, most recently, under the name Summer 2000.

When you first glance at the album, you’re greeted with album art comprised of a polaroid of a goofy-looking, nubile John Krasinski, accompanied by his name and the words “Summer 2000” scrawled in permanent marker. Depending on the person, you may be delighted or disappointed by the fact that the album cover does not signify Office parodies. Instead of comedic tracks about the happenings of Dunder-Mifflin employees, the listener is greeted with a multifaceted album that pulls from Emo, Skramz, shoegaze, emphasizing dampened screams similar to Your Arms Are My Coccoon and other fifth-wave stars. In under 24 minutes, West provides the listener with a rich and diverse experience, impressing with his ability to shapeshift and meld genres.

To add yet another idiosyncratic twist to West’s art, the playful album centers around the fallout from losing his faith in the Mormon Church at age 18. “It’s more of a lifestyle than a religion because it encapsulates every minute of your life,” said West. He described his routine for the first 18 years of life: Seminary every weekday morning from 6:00 to 7:15, then straight to school; Sundays were the Sabbath, which meant no friends, no shopping, just religion. Your life is scripted for you, “you go on a mission, you come home, you go to BYU, you find your wife, you get married, you start having children as soon as possible at like 22-23, and then you keep, you know, serving in church.” At the corner of adolescence and adulthood, that script disappeared. “I just spent 18 years of my life preparing myself for something that no longer exists in my mind.”

The paralyzing emotions of anger, sadness, and frustration that came about from these experiences are seen all across John Krasinski. “Bob The Habit Builder,” discusses the pending anxiety he felt about leaving the church, “How do I know when things are safe/For me to put my life in danger on the daily,” and the perceived criticisms or possible self-hatred that sharpened the pain of his decision, “Habit builder, oathbreaker good-for-nothing faithless faker/just like the book says you’ll see later.” The album closes with similar emotions, ending with a full-on emo love song titled “The Curious Case of Finding Someone Who Understands,” centering West’s relationship with his fiance, another ex-Mormon. The tracks final cascade of blazing emo chords and hoarse-yet-muted vocals elucidate West’s partner’s role in rehabilitating his humanity, offering an achingly-sincere image of their love: “I’m not broken, but I was getting there/before I found you I was freezing up, and I just want you to know/that I don’t know everything, some days it feels like anything/but home is here and I’ll never go.” West’s ability to come face to face with these concepts in an overwhelmingly frank manner serves as a profound and singular message, one that’s rare in general, much less found historically in the emo genre.

West’s creations are some of the more beautiful and extraordinary pieces of today’s world of Emo. They drip nostalgia with all of its glorious misery, as all good Emo should, but melds the genre’s well-worn traditions with an unprocessed style that personifies his identity and all the pieces that have gone into creating it. This is a passion project for him, not in the way a suburban mom describes her new candle-making business, but in a natural way that is a pure expression of himself and what he loves. Whether it’s a brooding track about lost faith or Glocca Morra being covered in the original Runescape Soundfont: the experience feels equally confessional. Each product in the world of CH Point is a piece of him, and in all of its wonderfully weird ways, it’s a privilege for us to behold. 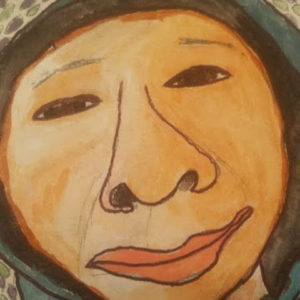