Illuminus 2019 is upon us. Thursday December 5th and Friday December 6th from 5pm-11pm Downtown Boston will be lit up with works of art from digital media performers from around the world. Boston Hassle caught up with some of the artist to talk about their work and what it means to them to be showing their art in what is perhaps the most public environment for art the city of Boston offers.

Read the interviews below and don’t forget to show up to Illuminus to participate, or just ogle at all of the unique and immersive art on display. 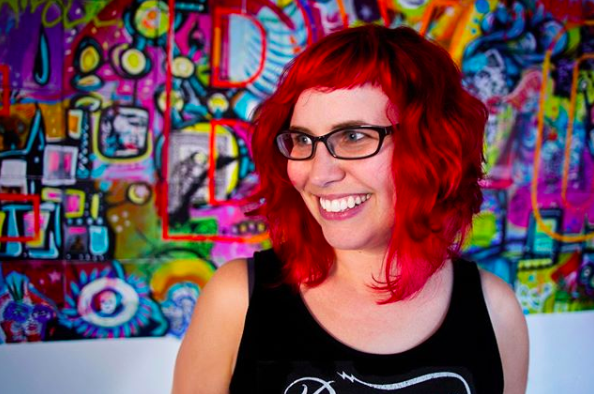 Boston Hassle: What can people at Illuminus expect from ‘Let in Let go?’

Holly Danger: The audience can expect to see a series of video art and collage that mix both natural and digital elements into new abstract shapes and form. The tempo of the work is designed to linger slightly longer than our average attention spans, offering a brief moment of sanctuary from our fast-paced busy lives. I hope to bring awareness of present moment and a peaceful pause to all passersby.

BH: What is the most important discovery of exploring digital and natural elements in the work?

HD: When exploring the interplay of digital and natural elements together, the most exciting discoveries came from finding similar qualities in their symmetry, repeating patterns, shapes, color and form.

One of my favorite techniques developed in this piece was taking video footage from nature and using software that extracts it’s colors and patterns to generate something completely different. With this technique the work transforms into a new abstract digital form, while maintaining it’s original natural movements and color palettes.

The benefit of creating abstract art is that the meaning and emotion and response is entirely up to the viewer without any preconcieved notions of what it should be.

BH: What can Illuminus attendees expect from your work ‘The Luminal Boom?’

Arantxa Araujo: I hope we can create a space and provide an opportunity where one can observe and reflect on oneself and in others. The idea is that through sensation one can BE in the present moment in a meditation about our own presence and how we might be catalysts for change. Through the use of light, sound, touch, amongst others, the audience becomes an active participant of understanding and meaning making. I would love to invite everybody to be open to sense without expectation, let yourself and myself be surprised with the present moment.

BH: Can you explain, perhaps using a metaphor, what ‘quantum entanglement’ is?

AA: I have been thinking a lot about quantum entanglement and the idea that two electrons close together can vibrate in unison. In other words, the ability that one electron has to “sense” the other instantly, faster than the speed of light despite being vastly apart. In this regard, my exploration points at our abilities to have empathy, and remain somehow connected with other beings that have been part of our lives. The performance speaks about the interconnectedness of the multiverse from a molecular to a biological to an astronomical level. 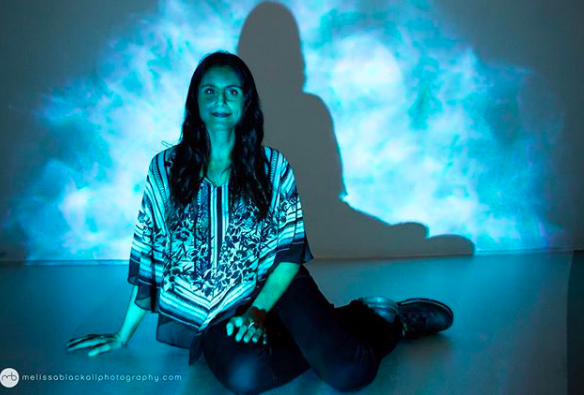 BH: What can Illuminus attendees expect from your work “Legends Breathe – Divine Night”?

Allison Maria Rodriguez: Legends Breathe: Divine Night is a piece created for “Illuminus” within a larger body of my work exploring the power of creativity and the imagination in overcoming trauma. The whole project is based on interviews with different female-identified and non-binary artists about childhood fantasies they had that helped them survive trauma. Because “Illuminus” is taking place during December and in the financial district, I decided to focus on a particular fantasy that I felt was both time and site specific – a magical nativity scene, featuring a non-binary central figure surrounded by endangered animals, nestled inside a vintage Sears Department Store manger from the 1980s. This fantasy is a powerful display of the reclamation of a dominant christian narrative by the imagination of a young child. It also engages with the concept that our individual strength is contingent upon a natural world that is being commodified out of existence – this is reflected by the external context of climate change as well as the various threatened species and natural elements within the piece. 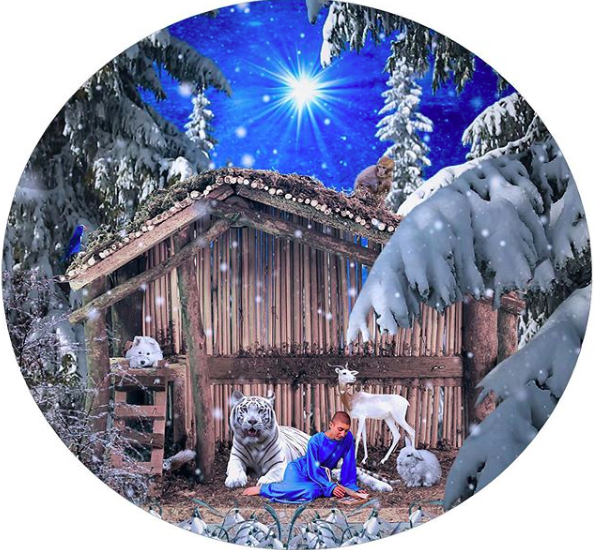 BH: How did you come up with the title for ‘Legends Breathe – Divine Night’?

AMR:I wanted an empowering title for my project. “Legends Breathe” comes from the idea that the imagination can actually generate life and that envisioning is a powerful and potentially subversive act. Rather than looking at fantasy as escapism, my work explores the imaginary as a way of seeing the world differently, as part of a process of survival and healing that is necessary in order to actualize a different way of being. Each fantasy I explore in this series has it’s own unique name that usually comes to me during the creative process of making in my studio – “Divine Night” is simply inspired by the lyrics of the christmas carol “O Holy Night”. 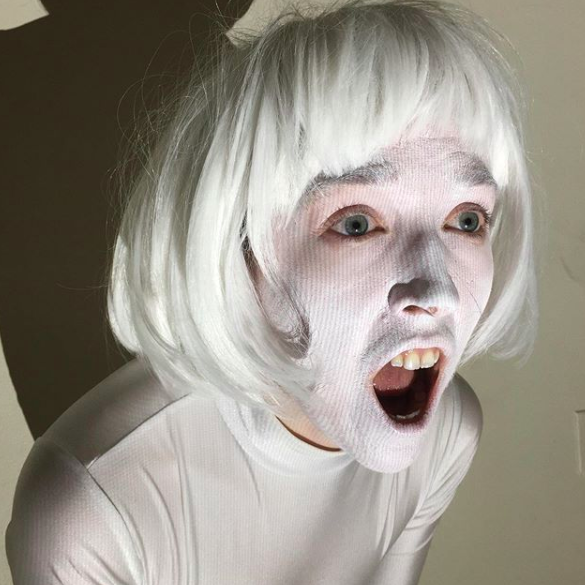 BH: What can Illumins attendees expect from your work entitled ‘#buynow?’

Catherine Siller: #buynow is about capitalism and consumerism. It’s about the darker side of the American dream – the feeling that we never have enough, and that buying expensive things leads to happiness. People will see live video of themselves in an imaginary Instagram story, projected ten feet high, where they’re surrounded by diamonds, luxury handbags, and custom-made shoes. But there are also images of diamond mining and faceless factory workers. It’s a playful but thought-provoking interactive experience.

BH: Why do you think interactive art is important in 2019?

CS: Interactive video art gives me a way to pose questions about the technology that we interact with every day. Social media apps, advertisements, the algorithms mining our preferences – these are acting on us all the time, and we’re mostly not aware of it. By making a giant, surreal version of Instagram, maybe I can get people thinking about what Instagram is and how it affects us. More generally, interactive art is important because it meets people where they are, especially at a festival like Illuminus, where the art is displayed in the streets and on buildings. There’s so much going on in the world right now and everything happens so fast. Interactive art makes big and sometimes difficult ideas accessible and easy to engage with. 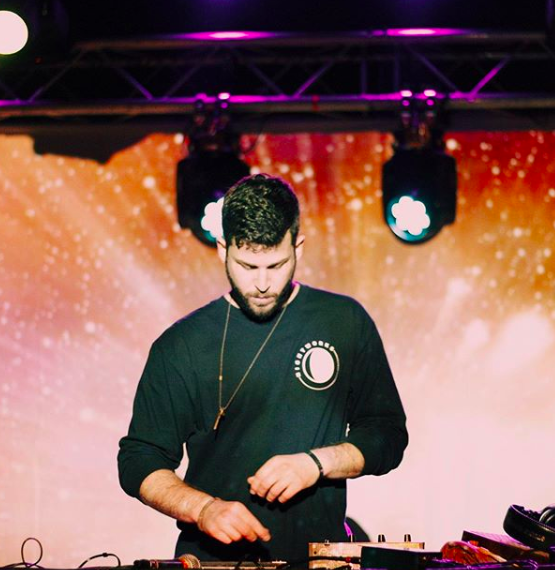 Rah Zen: Illuminus attendees can expect an expansive visual installation by Samo, functioning as a stage for an orchestra of beat-makers performing in unison. The visuals are set onto a waterfall structure in an elevated courtyard, so it is very much set up like in a outdoor concert in a totally unique setting. There will be individual beat sets, three special collaborative performances, and moments of ambience for the audience to immerse in.

BH: Explain why you think there is an intrinsic cohesion between electronic beat music and live visual 3D animation.

Rah Zen: Beat music has a lot of open space by nature, so it can take on many forms and meanings. This makes it ideal for a visual artist to interpret the sounds, rhythm, and nuances in a way that adds to the sensory experience. Electronic beat music incorporates a lot of interesting effects and transitions, so the visuals can mimic that to create an amazing synergy and add to the story the beat is telling.