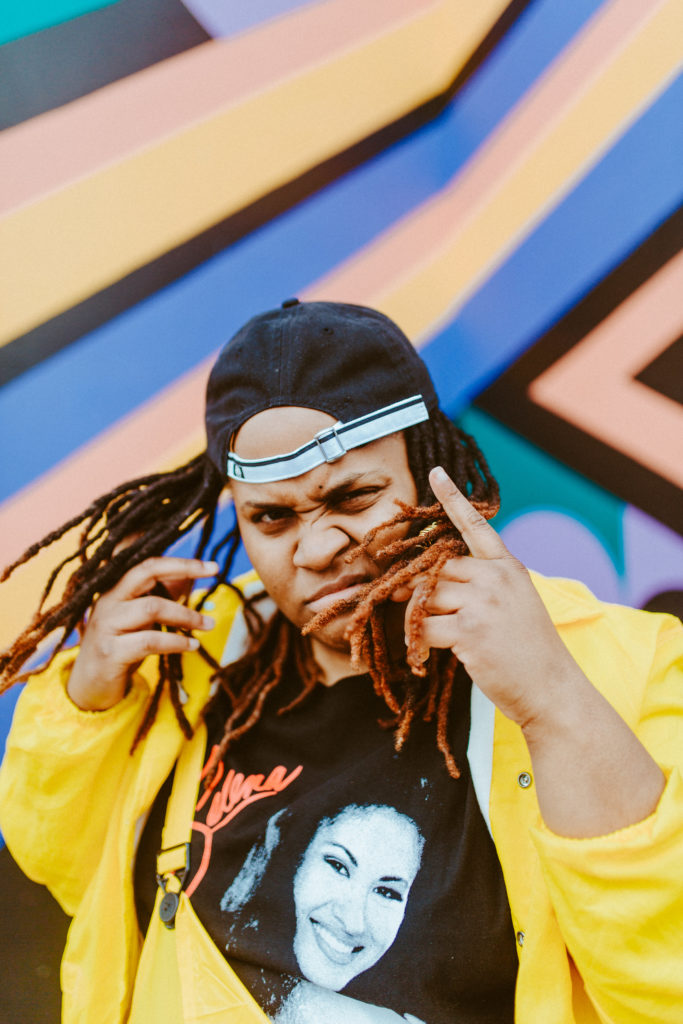 “Somebody said I couldn’t do this, man.”

Smiling through tears, Roxbury hip hop artist Oompa shared this aside with a sardine-packed room full of fans at Boston’s Great Scott last April. We had learned, minutes before, that the event sold out. She was the night’s headliner.

While this moment was an obviously personal one for Oompa, from my side of the fourth wall, it felt like a shared victory among everyone present in the crowd: local fans, artists, critics, and all.

In retrospect, this makes complete sense – especially when considering Oompa’s deeply rooted history in Boston’s arts community as an educator and moreso when considering the demographics she champions as a POC, Queer, female from the hood.

At 27, she’s accomplished to say the least. A Co-Slam Master for the Roxbury based House Slam. Last year’s champion of Women of the World Poetry Slam. Affiliate of the Boston based media production company, Hipstory. Her album November 3rd was chosen as named one of Dig Boston’s Top 30 Local Albums of 2016 and one of Allston Pudding’s Favorite Albums of 2016. An all-around hometown hero.

In spite of the status that comes with these kinds of accolades, Oompa remains extremely humble, accessible, and still very much “out here.”

I caught up with her on Dorchester Avenue a few months ago at Styllistik (note: I told the salon’s owner Rebeka Gabriel I’d give her a shout out. What’s good, Rebeka?).

Oompa was warm, all smiles with her head tucked underneath a dryer, and reflexively forthright in her thoughts on Boston’s current music scene and more. Excerpts below.

The artists that exist here are vibrant and amazing. The talent pool is wide, but the long term opportunities for people to grow and thrive are so limited. I want there to be an infrastructure and a sharing of resources..I want to be number one, but I also think everybody else should have a shot at being number one.

On her next album:

This new album that I’m working on is completely out of the pocket, compared to November 3rd. I’m trying something new. I’m still very much in the writing process. I’m working with new producers..still shopping..looking for new sounds..I’m having a hard time nailing down the concept for this record, but I’m getting close.

One word to describe its sound:

On naming and forming her new band, the Chocolate Factory:

I thought they were gonna be like “Oompa, for real?” (laughs). But, like, nah I couldn’t get rid of that.

I’m really thankful to Hamstank and VQNC. They completely ran the process for me..ran the auditions..listened for the right sounds..It was nice to see all of the people come through the door to audition. I love working with a live band.

On her rap and poetry beginnings as a college student at Bucknell University:

At Bucknell, the first time I rapped…my boys who had a radio station had me on and said I needed to have three songs ready. One of them was a remix to Wale’s “Love Hate Thing.”

I was a math major..it didn’t work out. I found a bunch of poetry professors, and that’s who I gravitated towards. So, I became a Poetry and Education major. 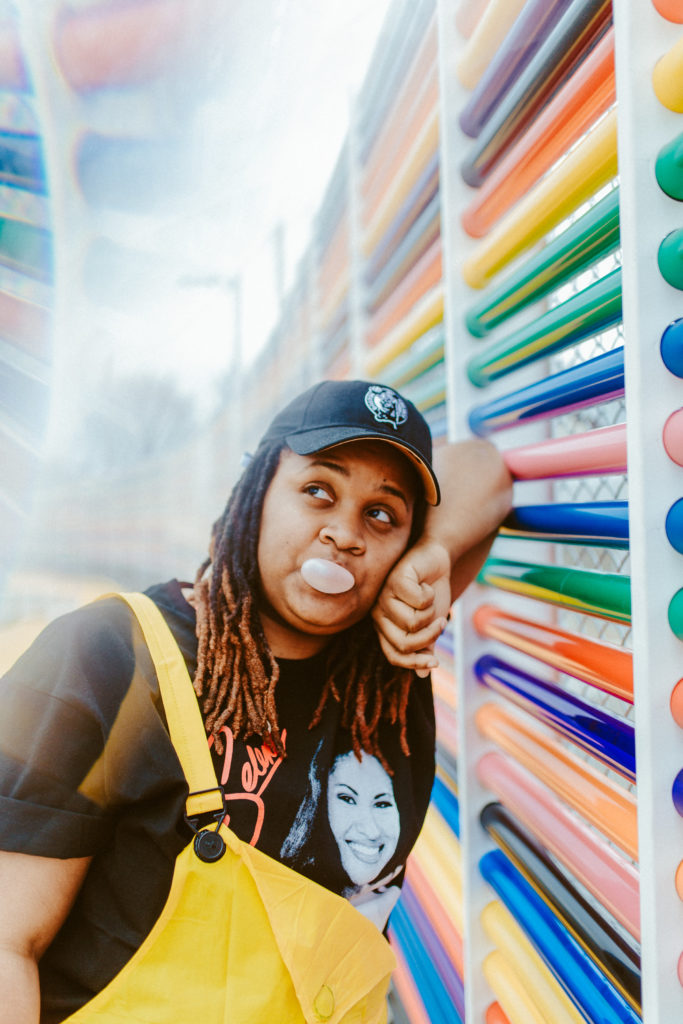 On her childhood musical heroes:

James Brown and Michael Jackson. Before I knew anything about anything, those were the guys. As I got older, it was Missy. Outkast. TLC. Beyonce of any kind. Nas. Biggie, obviously. I looked up to a lot of women rappers, too. Eve, Charli Baltmore, Lil Kim.

And Jay-Z has been my man forever. I want a career like his, that takes the same trajectory, you know? Even for where he is in his life now, I admire that.

On “the spots” back in the day:

I grew up in Academy Homes. My momma was a “come in before the streetlights on, don’t go too far off the block” kind of girl. So, the corner store was my joint. Anything in Egleston. The Chinese food spot..the pizza spot. And across the street from that, Star Fish, which was a fish market but they had the bomb fish filet sandwich with cheese and hot sauce. Those sandwiches. With the tartar sauce? Whew!

On self care and relaxation rituals:

Umm, I watch How To Get Away with Murder. I eat ramen (note: She highly recommends Hokkaido Ramen Santouka in Harvard Square of Cambridge, MA).

I also have nieces and nephews. They’re equally stressful and relaxing (laughs).

On a shallow level, but there’s also something spiritual about it, I’m excited to go to a city I’m not familiar with and sell out a show and have people sing my songs with me.

Long term, I’m excited to buy back in Roxbury. To buy it back from gentrification.

Feature Photo by Tory Corless
Above Photos by Ally Schmaling