East Nashville band Okey Dokey recently hit up the east coast on a mini-tour this past October one of the tour stops being Boston playing at Cafe 939 with former Berkley student now Califonia bound musician Paper Citizen opening for the indie-pop duo with a refreshing performance. Being an avid listener of Okey Dokey since high school and never getting a chance to see them play in the city live before I was not disappointed, it was one of the most unique shows I’ve been to all year. In the hour-long set, the band hoped to bridge the gap between Boston and Cambridge (The debate of is Cambridge Boston) by serenading the crowd with a cover of Won’t you be my neighbor? The theme song to Mister Rogers neighborhood, They even invited some Cambridge residents on to the stage to help with percussions. I don’t know if it made any of Bostonians any less offended when an artist goes to Cambridge and calls it Boston but baby steps we’ll get there…maybe.

Besides trying to get Cambridge into the fold who knew knowing the theme song to taxi would come in handy? Well pass me my floral embroidered jean jacket and Chelsea boots and call me a hipster because just cause I knew the theme song to 70’s sitcom taxi I got a free shirt. Mid-set the crowd was asked to name that tune as the keyboard player played the familiar cords to Bob James hit Angela having no cable and watching old tv shows on DVD worked in my favor at the end. Okey Dokey performance was spontaneous as well as homey making it feel like a big party rather than keeping the distance between artist and listeners, it was more like a gathering of friends having a singalong.

For my first experience of seeing these guys play live after years of not being able to, I will have to say if you ever get the chance to see them play don’t miss out. They’ll be on the road early next year and by the end of this year their most recent project a collaboration album  Curio Cabinet I will be released featuring artist such as Liz Cooper & the Stampede, Harpooner, Nari & many more

All photos by the author 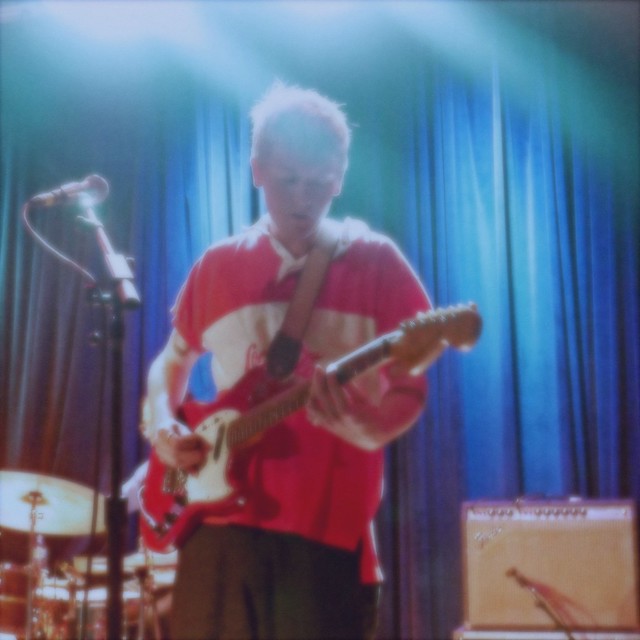 My Punk Rock Aerobics at Home Series: every week I feature a new song, teach the moves to that song, and…

My Punk Rock Aerobics at Home Series: every week I feature a new song, teach the moves to that song, and interview…