My vegan doughnuts— not those!
Until recently, runner of Sabertooth Vegan Bakery Evie Noel, utilized the Taco Party storefront in Ball Square, Somerville to bake such favorites as lemon-poppy seed, chai and Boston Cream doughnuts. Keith Schubert and his crew actively continue to serve up vegan tacos in the space where Noel also created delicious cakes, cookies and holiday treats. All of it 100% vegan! Noel’s culinary legacy in New England started serving vegan doughnuts, baked goods and cakes from a bicycle in Burlington, VT in 2011. Along the way she aquired a cult following.

Opting for a quieter lifestyle Noel left to work with animals firsthand at The Milo Foundation Animal Shelter, in upstate California in February 2016. Evie herself has claimed that Sabertooth will return. All of her customers hope it will be somewhere back in Boston or at the very least New England!

The Entrance of Caffe Nero

Does a city really need to be taken over by corporate cafes? Why not encourage more growth to help local cafes that give half a shit about the communities in which they exist? Not this MEGA London based organization that operates more than 700 operations worldwide, seeking to tip the scales of capitalism in their favor.  Caffe Nero opened its first store in Boston in 2014/15, but their expansion efforts have ramped up, with more than 10 storefronts opened in 2016. aThat number will jump to 15-20 by the end of 2017.

I understand they are not Starbucks, the worlds second largest fast food company, but I quickly find myself going into a Dunks over a Caffe Nero any day when I consider the rate of their expansion and their sometimes questionable business practices. Questions of environmental abuses (in regard to the sourcing of their milk),  and ‘bully-boy’ tactics have been levied against this chain as they continue to grow globally. But look at their chandeliers, so pretty and sparkly!

I first heard about Eataly while I was writing this piece and was ready to come to y’all with stereotypical Italian jokes; North End, yadda yadda yadda. Due to the sheer magnitude of the store and how truly stupid the name ‘Eataly’ is, you just need to experience it for yourself though.

Leave it to new era Capitalism to green wash mega-scale consumerism and serve meat and cheese while keeping bourgeoisie foods bourgeoisie. Eataly, started by Italian businessmen and Italian-American celebrity chefs, will have close to 50 locations world wide in 2017.  50—I went inside just one and I felt solidarity with cows like never before. Overcrowded, pungent smells, dim lighting, endless waiting, no way out. Thanks Eataly for allowing me to feel that much closer to death. 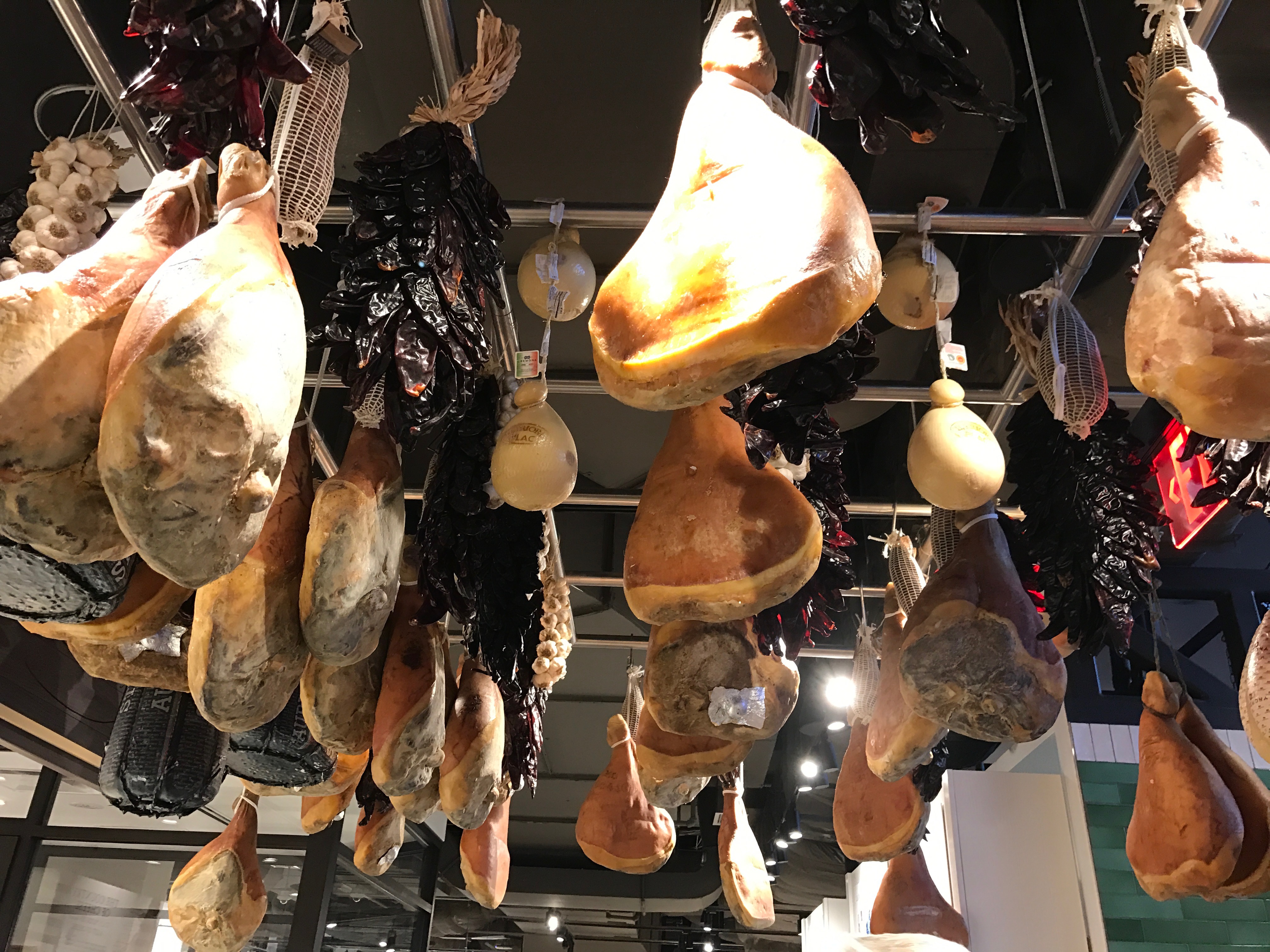 What could be better than making your own sushi burrito? Tell me, no really I need to know so I can better assimilate into the new Boston.

Where art and new-ness stop and capitalism begins is always hard to decipher, but for me it stops at Sushi-Ritos.

I’m unsure why now, but I will spend countless years in psychotherapy trying to unearth the source of my panic attack upon visiting Pokeworks for the first and last time.  I expect to be reimbursed for the visit Pokeworks.

We have entered into a new dimension in American Shopping experience. Glamorous strip malls for the moneyed classes have again transformed our available meeting spaces into something highly corporatized where the design serves not communal activity, offering instead the opportunity to fulfill every consumer desire imaginable.

In the making for over five years, both of these projects owned by private investors. Market St. is owned by WS Development in Boston, which owns far fewer locations than Federal Realty, the developer of Assembly Row, which owns close to 100 locations of a similar or lesser extent nationwide.

But it is not just the developers that disgust me wholly, it is the outlets themselves and options provided by them for the public that have me most on edge. Some of the world’s largest chains: Nike, Adidas, and Starbucks are being embedded into the ‘community’ structure of Somerville and Lynnfield. ‘Community’… whatever that is anymore. (looks like the plastic giraffe is here to stay)

The closure of TT the Bears in 2015 has been matched in 2016 with a slightly less epic, but just as memorable passing: of Johnny D’s in Davis Square. Before it passes into gentrification oblivion let us remember the small moments — like taking countless tinder dates to the place because it is a ‘local haven’ and ‘divey, but quiet’. And also the people who worked there  didn’t give a shit how many dates you brought there. And they let me use their bathroom every time I asked!

Though the owners have retained their liquor license, a seven-story unit with condos and a retail space on the ground level is destined to spring up in that spot. All I want to know is if I’ll be able to pee in there when it opens.

The McDonald’s on Tremont St. is still open 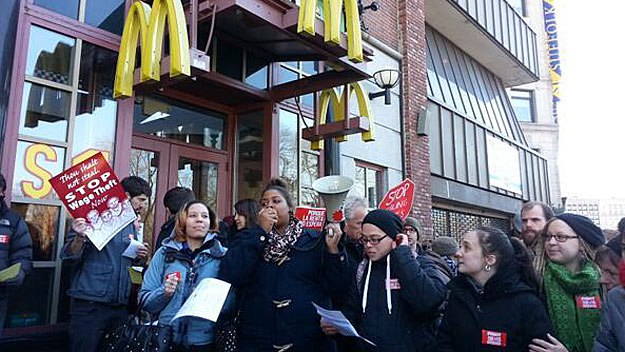 Oscar Goff is the managing film editor for Boston Hassle and the Boston Compass, and has written for Film Flam since 2013….