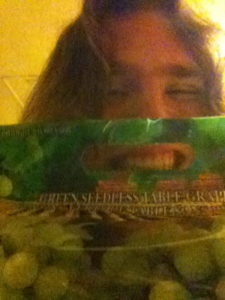 I first covered the music of Herr Grunerud about a year ago. Maybe more. I don’t know.
I remember it was a bizarre combination of electronic backings and a voice of pop t-
ones. Both made me uncomfortable, which is a gift. They still make me uncomfortable
but in the span of time since I last gave some report on the music hours, & most li-
kely more hours, of the stuff has been released.

Is this bandcamp page a descent into madness? Am I enabling that madness? Probably.
But, I believe enjoying the symptoms of life to be the source of true happiness. N-
othing says integrity quite like self-motivation. Herr Grunerud disturbs me, but app-
ears to be highly motivated. I made a statement earlier that I admire output and d-
edication to the craft; whatever the craft you must continually practice it.

Pop music is generally shunned in most circles unless it is of a certain era or has
a convenient narrative. The sad facts involve large business that prey, specifical-
ly, on youth. These youths are promptly digested in an ancient ritual sacrifice. D-
isney villains. The same story repeats itself with seemingly infinite variation. It
just gets weirder and more direct as time progresses.

In the end they will find a way to charge you for thinking. It will probably be sn-
uck into something related to cloud memory storage but, if we don’t annihilate our-
selves first, I’m sure it’s a thought in some other crooked minds. Maybe when the
bombs do go off and we have to live as the mole people do underground. Everything
will have to be rationed. Even thought. Especially thought.

There is something dystopian about Herr Grunerud’s music. His track “Halloween” is p-
laying as I write this. It is from a collection of Holiday songs. St. Patrick’s da-
y, Easter, Fourth of July. “Happy halloween. Have a real good trick or treat. Get c-
andy. Wear a pumpkin on your head.” The composer insisted he didn’t use drugs in the
statement included in my last piece. I believe him, and that is why I find myself d-
isturbed.

The music itself is interesting. Forget the voice. Voice as instrument is interesti-
ng especially when you have about 7 voices layered, but I have a hard time with it.
That being said, I’ve chosen to write about Herr Grunerud twice, so despite my retice-
nce I think it is valid. It’s basically taboo to embrace popular culture without a
sense of irony or irrational vitriol. We live in an imaginary world. Most of what is
forced down our throats is meaningless pap and/or a deranged get rich quick scheme.

To take on the forms of that deranged system is admirable, but I’m not sure why. P-
erhaps because in the case of Herr Grunerud it fails. It is too weird. It isn’t back-
ed. A track like “Starlight Surprise”, an instrumental, isn’t particularly weird, i-
t is just out of character with the rest of the material. Herr Grunerud looks like a
dirty person. The trappings are all there, but something is off. If it were a succe-
ss someone else would be writing about it. In that sense, an NYSNC tinged cover of
the Velvet Underground’s “Waiting For The Man” may be his greatest mistake.