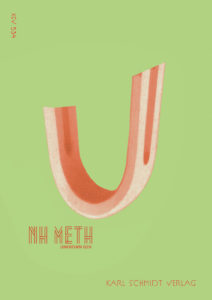 Alla kazaam. Wow. Look at that guy’s sho-
es. I’ve always been a fan of curling sh-
oes. The moon is a blood red scimitar. I
love it. Great. Good stuff. Good stuff.

So now we are in front of a television. O-
h, god. It is the most surreal thing imag-
inable. We are watching a zombie movie. T-
he strange thing is we are living in a zo-
mbie reality. We’ve been in this bunker f-
or about a month. All that remains are VH-
Ss, VCR, and a television. The water kind
of works in the toilets. I’m thirsty. Got
the runs. Decisions, decisions.

Things are fucked up. We are watching thi-
s weird movie about the guy with the curl-
y, gold, shoes. We are covered in bat shi-
t, and smell like goats. The water from t-
he sink is brown and everything reaks of
sulphur. Everything is fucked. Proper so-
cietal collapse as a result of these zom-
bies, you see. The only thing on the rad-
io are weird transmissions from New Hamp-
shire about God. Something about a refug-
e. Heretics. I’d rather stay here and dr-
ink my own shitwater than submit to apos-
tasy.

There are three of us. Huddled around the
pretty flickering light. Horrible noises
coming from outside, and from the TV. Re-
ally, they are exactly the same. That is
what we are marvelling at. How exact eve-
rything is. I expect the scimitar man to
appear from the corner. I keep looking.

The stress is unreal, but I’m grateful f-
or all the tapes. It’s all we’ve done. T-
his was some kind of video store or some-
thing. Era specific to the films, obvious-
ly, so it makes everything creepy. There
is a cardboard cut out of Ace Ventura su-
rfing a Crocodile. He is pointing at my
friend, and I’m having these weird thou-
ghts about that. The situation may be g-
etting to me.

Anyway, we are watching closely. We dec-
ided to watch these zombie movies. Bore-
dom, mostly, but we wanted to see which
one was the most accurate. And now we a-
re watching this one, and it is creepin-
g us all out. It really bothers me. “Ho-
w did they know?” We scroll to the cred-
its. Never heard of these people. Produ-
ction value is absolute shit. But the s-
tory is strong. Watched it over and over
since we found it.

Drown in the many surreal sounds of KSV 534 Unknown Gen over on bandcamp.