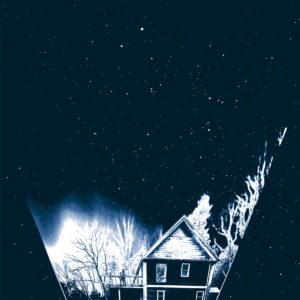 Strange thoughts abound. Endless digressions l-
eading nowhere. It would be wise to focus my a-
ttentions elsewhere and… Wait. What was that?
It’s someone at the door. Here let me go get t-
hat.

It was the messenger. The weird one that is ver-
y tall with the eyes. You remember the eyes. Yo-
u have to be careful of eyes. People and their
eyes. Think about this. Eyeballs moving. There
is stuff in the back attaching them to your br-
ain. It’s a pretty direct connection. Low late-
ncy. Not like toenail nerves. Shifty eyes are
maybe the most horrific thing on the Earth. R-
ound, and they move around in tandem so quick-
ly. Like… they share a brain. Give me a sec-
ond, I’m going to get a mirror.

Jesus. It’s absolutely horrifying. I realize m-
ost people don’t care about creepy eyes. Well,
not in the way I’m talking about them. I had a
friend and I recall them looking to the right.
For whatever reason, all I could focus on were
the oozy blood vessels around the edges and th-
e strange bulbs of glassy orange. An insane th-
ought, I know, but I couldn’t help imagining t-
hat they belonged to a dead person. My friend
just happened to be using them that day. It wa-
s not so much something imagined but an incont-
rovertible realization. Similar to the delusio-
n/realization that persisted for several years
that electricty was ghosts.

Poverty is a haunting experience, in that sens-
e. I recall the night in the attic on Arlingto-
n St. in Acton when the lights went out. It ha-
d been a pretty rotten few months before it ha-
ppened with creeping fog, “UFOs” taking out th-
e power grid around Christmas, and the Man tha-
t was always walking in the snow at 3 AM or w-
henever I happened to wake up from a nightmare.
It would always snow, and he would always be w-
alking. I spoke with him once, we crossed path-
s, and I smiled and said hello. He was kind. G-
ave me a real deep smile and I felt warmth. Ho-
w he got wrapped up in all this is anyone’s gu-
ess. One of life’s mysteries, I suppose. Stran-
ge how that happens.

Anyway, the lights went out. I had to move aro-
und in the dark with candles. It was an old ho-
use. There may have been secret passageways an-
d hidden alcoves from the Conductor’s activiti-
es, but we don’t discuss that. My room was als-
o missing a corner. There was a triangle inste-
ad where you would expect a corner. And a lady
lived in the attic. The faces in her paintings
moved. There was another guy from a childhood
dream. The man dressed in dark clothes. He hun-
g around in the “strip mall loading dock/borde-
r of the woods zone”. Had a jar of magic paint t-
hat solidified in violent ways. Vaguely vampiri-
c. Like Eddie from the Munsters. But with the i-
nventiveness of Grandpa. Or those Addams childr-
en. The deranged sensibility that is perfectly
suited to the “look at the pretty knife” routi-
ne. Typical castration fears. So I thought. It
was weird to see him again. He was in a mall a-
nd there were all the lady’s paintings. All the
faces were agonized. Bad news, this guy.

Eyeballs creep me out.