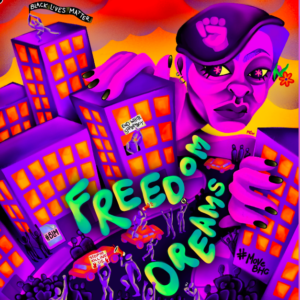 Move BHC is a hardcore band that has been promoting more than just their music. The band title comes from a 1985 bombing, from the state of police in Philidelphia who landed this attack on a Black community. The lead singer Corey Charpentier, along with the musicians and crew, have been using their music to speak up against Black violence and other groups who haven’t received justice. Their two recent releases are The Demo in 2020 and Freedom Dreams, which has been out since February 2021. The band has played at multiple shows such as The Pet in Pawtucket RI and at Trans Pecos just last month. They are currently available on most platforms like Youtube and BandCamp, as well as Spotify with over 4,000 monthly listeners.

This band uses the hardcore genre to amplify their activism. Corey has expressed at his first venue that he is a strong advocate for LGBTQ+, indigenous people, Muslims and organizations like the Black Lives Matter movement. If his music hasn’t expressed enough about his fight for equality, he encourages his listeners and supporters during his performance that “it takes a collective body of working people like us to make it happen.” One of the songs from his demo, “Ally,” talks about the importance of using your voice, connecting with peers and officials, and using your impact to fight against this violence

“Allies are needed for a change, build a platform, boost the voices of those denied.”

Other songs from both the demo and his EP continue to call out the violence within Boston, and express the need for change from the people, and the oppressors. Corey continues to use his platform to talk about groups that need justice, and how to help. His instagram, move_bhc educates his followers about worldwide issues, and his linktree provides resources on how to help and support him. Before his band, he has been involved in other organizations. He was a part of and even became an organizer of the 2019 Adult Summer Field Day event. It’s great to see his intentions and actions he puts towards his activism, from joining an organization to becoming the organizer of his own band. The Move band continues to fight for what’s right and let it be known that they can’t be silenced.