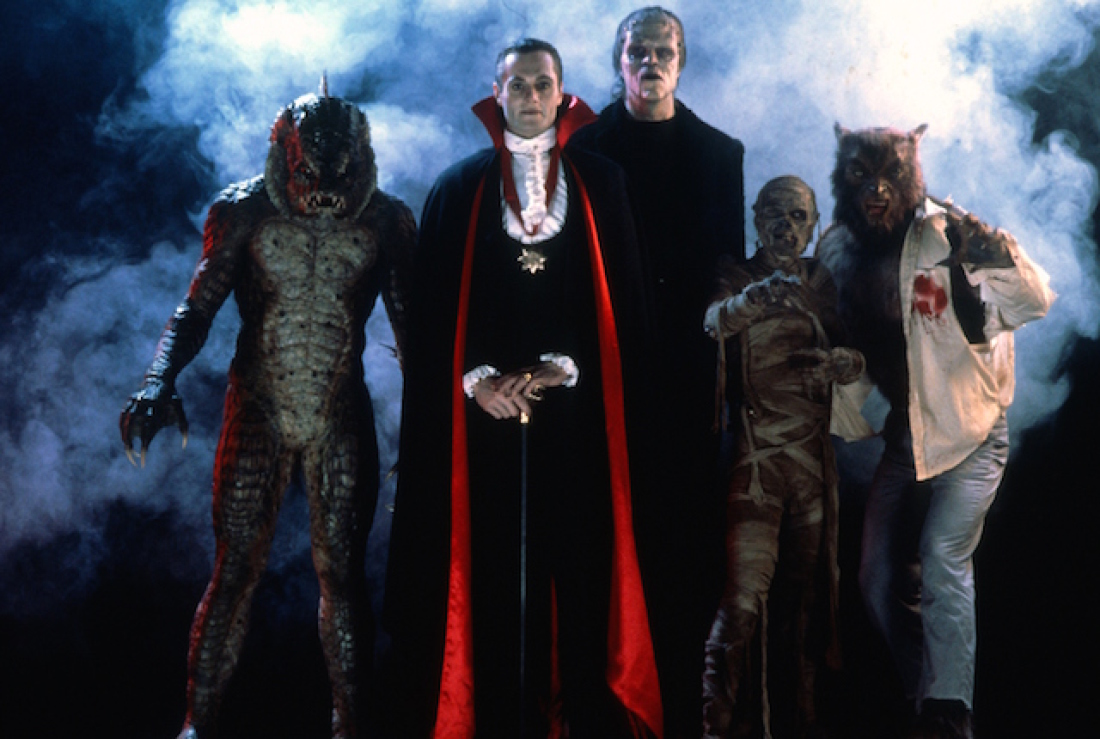 Unless you’ve been living under a very thick rock, you now know that this year’s adaption of Stephen King’s beloved novel It absolutely destroyed the box office, even going so far as becoming the highest grossing horror movie of all time. All it took was one scary clown and seven hilarious misfit kids to scare up and rank huge numbers at the movies. Thirty years ago, and one year after the book It came out, a movie entitled Monster Squad showcased another, and more underrated, band of misfits who join together to fight evil. Even though Monster Squad didn’t have much pull at the box office when it first came out, it did eventually find its stride, and is now a well-loved cult classic. Monster Squad follows a group of five horror geeks, who dub themselves “The Monster Squad,” as they are given a diary belonging to Van Helsing. After bringing it to a “scary German man” for a translation of the text, they discover that there is one day every century where good and evil are balanced, and an indestructible, ancient amulet becomes possible to destroy, which would send all the monsters in the world away. This begins a race between the Monster Squad and a real band of monsters, consisting of Dracula, the Wolf Man, the Mummy, Frankenstein’s Monster, and Gill-Man (really the Creature from the Black Lagoon but you get the idea).

If you couldn’t tell from the description above, Monster Squad is a blast to watch. It’s funny and littered with classic movie monster riffs that true horror nerds can geek out over. Most surprisingly for a movie like this, though, is the amount of heart and love in the characters. Very similar to the recent It, the movie really works because of the chemistry of the kids. Working and riffing off of each other is constant, and it adds a lot more depth to a movie that is really simple to begin with. The monsters, on the other hand, are designed masterfully, adding new and different spins on everyone’s favorite Universal Horror Movie Monsters. Thanks to a team of special effects artists, which include the legendary Stan Winston, Monster Squad is a fantastic showcase of monster nostalgia done right, with just the right amount of originality to make them a bit more unique for the film. Sure, in October, everyone likes to talk about the scariest and most horrific horror movie, but let’s never forget about the fun ones, the ones that still run off of a sense of adventure. Thanks to It, it seems that the horror-comedy-adventure sub genre might be making a return, so with that in mind, this is the perfect time to revisit Monster Squad.

Showing this Thursday, October 26th in 35mm at the Coolidge Corner Theater at 7:00 PM!