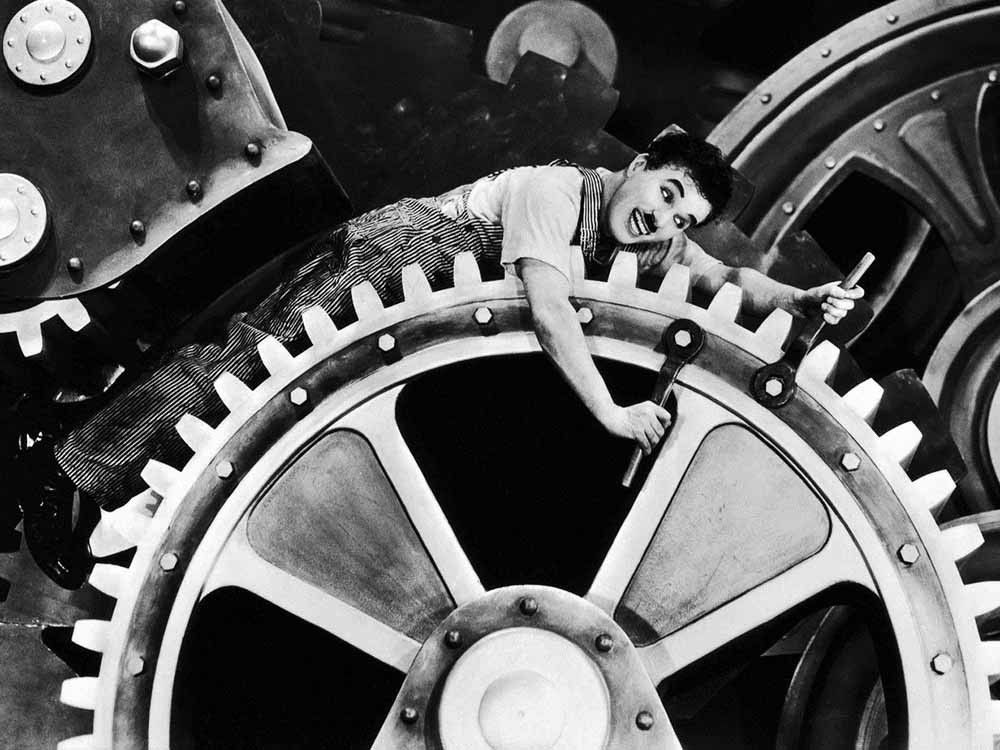 See one of Charlie Chaplin’s timeless comedies for free at the Brattle on Monday, July 29. Part of the Elements of Cinema series, Modern Times screens at 6:00pm with followed with a discussion led by Emerson College Senior Scholar-in-Residence Peter Flynn. Modern Times is Chaplin’s first official sound picture, and follows the Tramp in the industrialized world, working in a factory completely out of place. Exploring the isolation and generation gap, Chaplin creates a story that’s relevant, touching, creative, and above all hysterical.

As mentioned, leading the discussion is Peter Flynn. Flynn, along with a residence at Emerson, is a documentary film director. His most recent film, The Dying of the Light, tackles the changes in film projection, and the dying breed of projectionists. Drawing a parallel in the industry, silent vs. sound, film vs. DCP, Flynn will surely add new context and insight to enhance the experience.

Screens Monday, 7/29 6:00pm @ Brattle Theatre on 35mm
Part of the ongoing Elements of Cinema Series
Free and open to the public!

Liked it? Take a second to support Trevor Howell on Patreon!