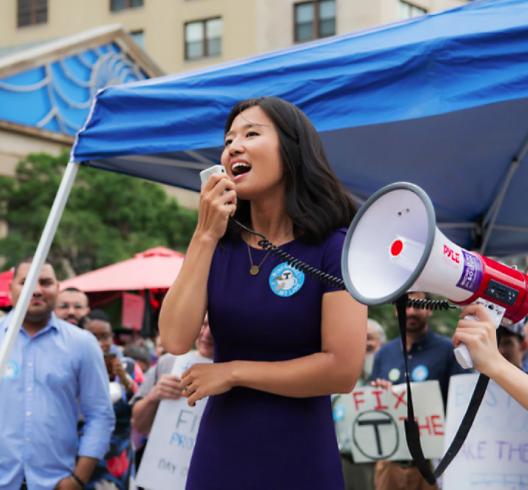 The morning of July 28th, 2014 was warm and sunny in Revere, Ma, a coastal city bordering Boston to the north. I woke up at 8 that morning for work. As I was getting ready, nothing felt out of the ordinary. Then, the skies quickly darkened, rain poured down and blurred the windows, and the wind howled against my windows. As fast as the storm came, it went, leaving only destruction in its wake.

At the time, I had no idea that an EF2 Tornado struck right across the street from my house. The tornado had a 2 mile long, 3/8 mile wide path that narrowly missed Boston’s Logan airport. However, 60 buildings were damaged and 13 homes were rendered uninhabitable in Revere due to the storm.

Revere Deputy Fire Chief Viviano said of the storm in 2014: “Never in my life have I seen anything like this, we are just getting inundated with hundreds of 911 calls.”

Whether or not this one storm can be attributed to climate change (the 2014 tornado was the first ever tornado to hit Suffolk County since the National Weather Service began keeping track in 1950) is debatable. But, only 5 years later, on July 23, 2019 a rare EF1 tornado damaged homes and businesses in the Cape Cod towns of Harwich and Chatham.

Speaking with Insideclimatenews.com, Senior Munich Re research meteorologist Mark Bove alerted in a 2017 industry newsletter that “an increase of atmospheric heat and moisture due to our warming climate will likely increase the number of days per year that are favorable for thunderstorms and their associated hazards, including tornadoes.”

So, as a response to the imminent existential threat of climate change and the extreme weather it can bring, many companies, cities, and nations around the world have pledged varying resolutions on climate change. However, most of these institutions have fallen short of enacting a “Green New Deal” for their jurisdictions.

Enter Boston City Councilor Michelle Wu, the only Sunrise backed candidate in the Boston mayoral race in 2021 running on a Green New Deal.

“I’m really proud to have put forward the first city-wide Green New Deal anywhere in the country, in coalition with incredible activists and thought leaders all across the state and beyond. We are centering the baseline that climate justice is racial and economic justice.” says Wu over the phone.

Jordan Meehan, Policy Coordinator for the Commission on LGBTQ youth of Massachusetts wrote to the Boston Hassle over email:

“Michelle’s Green New Deal for Boston plan is a perfect example of how she tries to tackle every facet of an issue and put forward a bold vision. Michelle’s 15-point climate plan goes beyond decarbonization and mitigation and includes aspects like decommodifying housing, renters’ right to counsel, and transportation justice. It shows how she understands all of these issues as fundamentally interconnected and is ready to govern through that lens.”

Councilor Michelle Wu has also made daring and unique pledges in other directions, she has called for abolishing the age-old BPDA, quite possibly the most opaque and convoluted zoning bureaucracy in the country. Wu is also outspoken about free childcare access, better education and conditions for teachers, free public transit, and also believes that the model of policing needs to be defunded and changed to a public health model.

“We need to shift to a public health model where we are investing and centering a community safety response and several other cities have paved the way and have models that Boston should be learning from. I have also called for demilitarizing the police and ensuring that we are emphasizing that we trust our communities.” Councilor Wu says.

Michelle Wu maintains a humble and thoughtful presence in the center of her grassroots campaign. She spoke confidently to me not because she knew I was recording, but because she has a broad multigenerational, multiracial coalition to back it up.

Lillian Gibson, one of the founders of Youth4Wu spoke to Boston Hassle over email about why Councilor Wu has appeal for the young folks in Boston: “Wu’s climate plan has been a big draw to many young people, and her plans for transit. We’ve [Youth4Wu] been able to host a few policy reading groups on Michelle’s plans so what may have initially drawn people to Michelle is now one of many reasons why they support her.”

Gibson continues, “For example we held a policy reading group on her food justice plan and that’s been very popular among our members. I think many young people involved want to see a livable future and one that prioritizes issues that effect them and their peers greatly and seeing Michelle’s intersectional and equity centered approach has made them excited to be involved.” 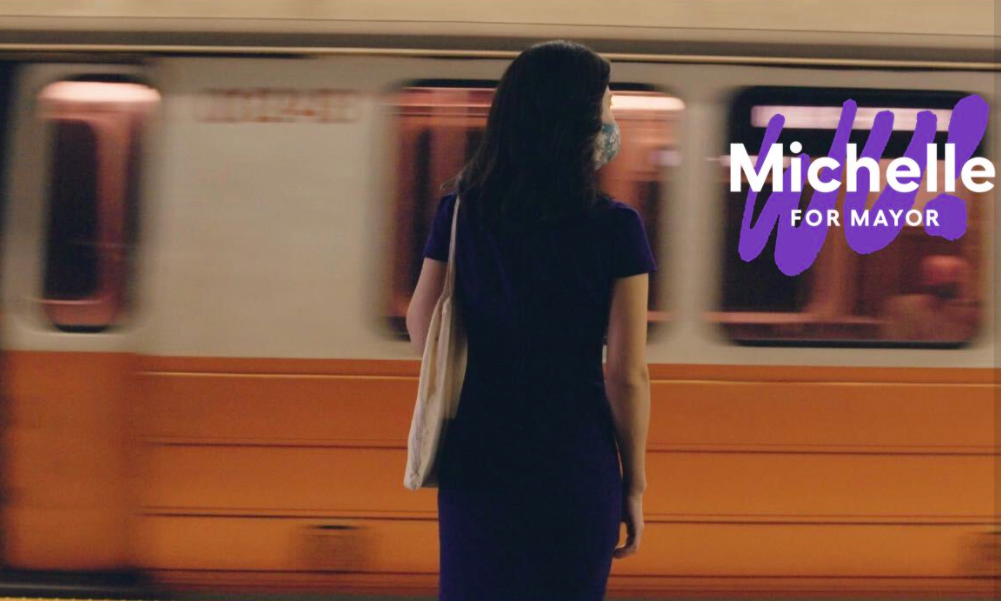 One of the reasons why Councilor Wu is able to maintain broad coalitions is because her platforms address the urgency and needs of average Bostonians. Councilor Wu also makes politics exciting. ‘Free the T’ ‘Abolish the BPDA’ ‘Defund the Police’ ‘A Green New Deal’ — these are data-driven politics fit for the 21st century, and she has the voting record and the experience to begin to make these ambitious dreams a reality.

“Michelle Wu campaign blends a perfect mix of community engagement and solid public policy built on years of established and credible advocacy work. The issues she’s tackling like public transit, education, the environment to name a few, are not things she waited for a consultant to give her talking points about in the last few months but, a deliberate process years in the making.” says Allston-based community organizer Lee Nave Jr..

Personally, I am really excited about Michelle Wu’s vision for the arts. For so long, pretty much ever since WWII, the arts have been criminally under-funded in the US.

“As a daughter of immigrants I grew up in a family whose income was connected to the arts as a way around language barriers. So I grew up doing all sorts of performances, playing piano, dancing, singing. It is a way for me to stay grounded in myself and everything that is happening in the world. And there is much talent and energy and amazing community around the arts in Boston, so we need to center artists and creatives as we are moving on recovery.”

Arts funding for the city of Boston is less than 1% of the capital funding budget for the FY20-24 City Plan. Yet, the arts create a two-billion dollar economic in the city alone, bringing four-times more people into the city than all sports games combined. Clearly, if the arts were properly funded then they would only bring in more of an economic impact for the city.

“Supporting venues and spaces are absolutely one of the ways we can stabilize and invest in the community. We also need to think about housing, we need to think about access to everything else that our artists and creatives might need on the entrepreneurship side, on the housing and transportation side and I am looking forward to really center the arts in our administration.”

Wu’s candor and honesty about how interconnected things are is refreshing in a race where the other candidates fail to inspire the progressive base on issues that actually matter to them.

Unlike the T, the #Wutrain is free to hop aboard. And if you do, there is a better chance that the T could be free in the future. But don’t take it from me, take it from the conductor of the Wu-train herself.

“These are all investments to the many financial for everyone to access open space and education and our shared intellectual history and culture. Public transportation is the same and should be treated the same way, that we all benefit when more people leave behind cars and get on public transit. It is cleaner air for everyone, it is less traffic on the roads, and it is a chance to close the racial wealth gap in our economy.”

For the full interviews with Michelle Wu and Youth4Wu founders, subscribe to Chris Hues’ newsletter ‘The Lost Newsletters’ today.

THE MOST IMPORTANT NONRACE IN THE COMMONWEALTH

Sometimes in politics, you want to pay attention to who isn’t running. That’s certainly the case in Boston’s D-3 race.

Artwork by Jak Ritger   A recap on the eviction moratorium this past summer: On July 29 President Biden said he would…