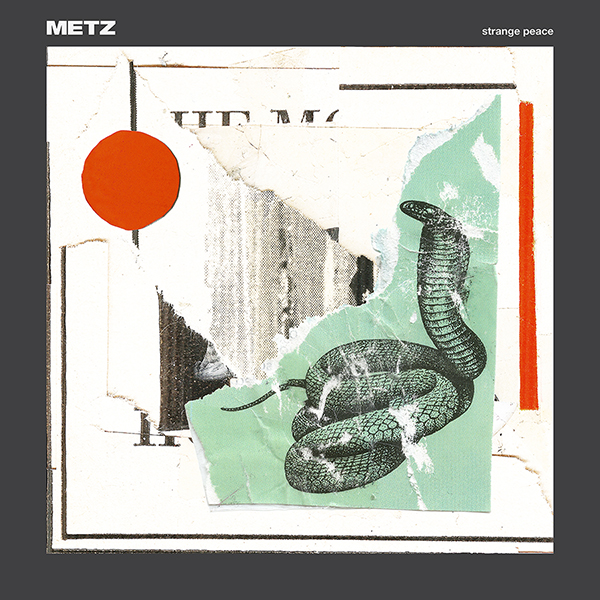 Despite already having a song called “Nausea,” Metz’s new song “Cellophane” better encapsulates that feeling. The Canadian noise rockers’s single gives me flash-backs to the queasy sensation of Throbbing Gristle’s “Hamburger Lady” (which I’m sure the band and their fans would take as a compliment) but there’s something else about this song. What’s this? A melody hidden underneath the oozing and churning bass? Of course there’s nothing wrong with this but Metz normally isn’t the kind of band you hum when walking down the street.

Ominous lyrics about how “it’s all about to change” and “are we just standing still” only add more questions that could be hinting at a possible deeper meaning…or perhaps I’m overthinking some off the cuff lyrics they wrote on a bar napkin at 3am. Either way, this song won’t disappoint fans craving more of their ugly sound.

This is the first preview of their upcoming LP Strange Peace (out Sep 22–they hit Boston Oct 3 at the Sinclair!), and it will be interesting to see if this song is a mere flirtation or a full dive into new territory. Regardless, Steve Albini’s help recording the album should be an indicator of it’s quality.