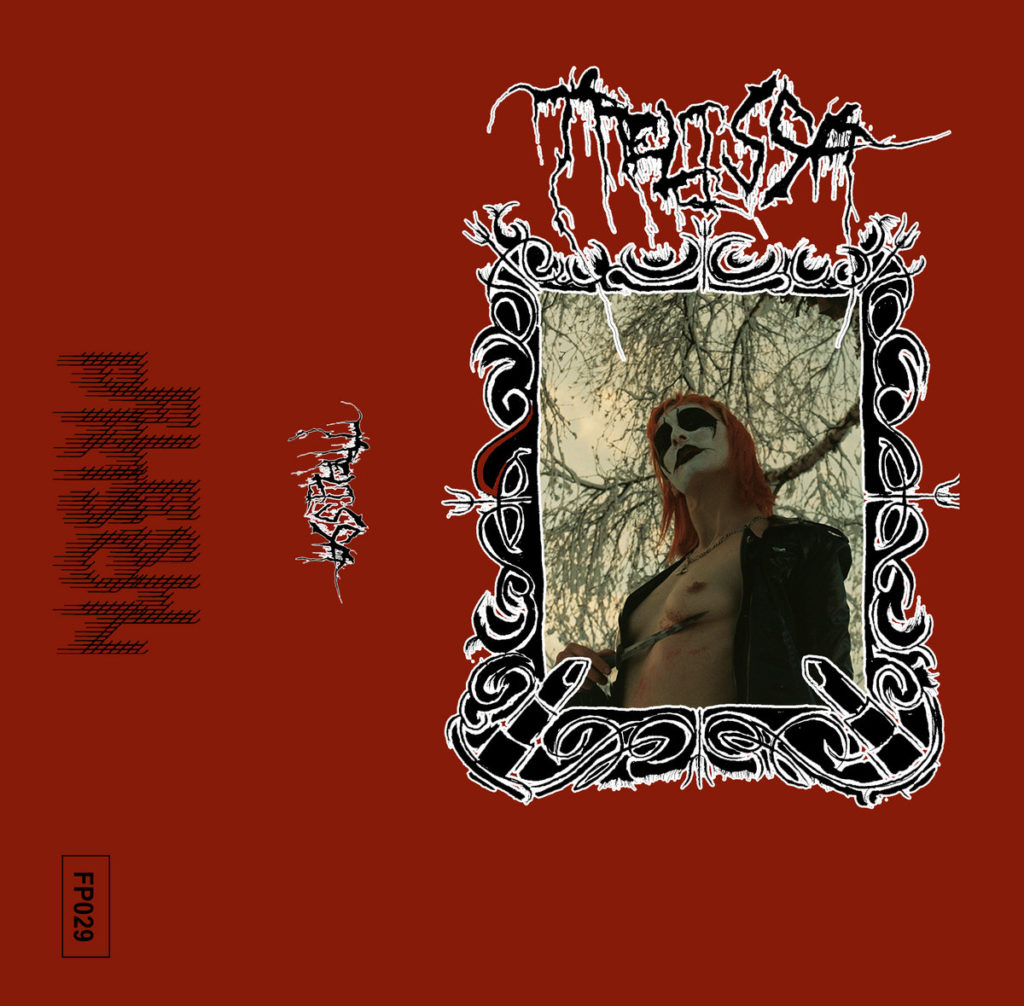 The concrete and brick collage of urban America definitely isn’t the first image that comes to mind when people think of black metal. Almost to the contrary, many of us conjure up thoughts of vast natural landscapes swathed in fog, far away from the claustrophobic reaches of dense metropolitan epicenters. These remote places seem to produce an oppressive feeling of introspection that fits well with the typical elements of the black metal genre: alienation, nihilism, death and suicide etc. But for the Brooklyn blackened punk outfit Melissa, there is evidently another form of isolation that informs their sound, one affected by life in the most populous city in the United States.

Melissa’s self-titled EP starts off with a brief atmospheric introduction. Luckily for all involved, it isn’t an extended foray into a world of droning synths and only serves to set the mood for the first appearance of the band on the next song, “Breonna”. A few eerie reversed soundforms, a scream, and we are into it. The track bursts open with a primitive power chord riff. With help from the abyssal drums of Gruesome Maxwell, the first few seconds of “Breonna” generate a surge of restless energy in the listener. Meanwhile, Jane Pain’s vocals squelch and writhe in the mix, properly saturated with delay. The rock/punk influence paired with her vocal style almost reminds me of early Satanic Warmaster records, though all comparisons are necessarily dubious. The track sticks with more or less the same riff for the whole song, using the removal and reintroduction of instruments to keep the idea fresh up until the rhythm change at around the two-minute mark takes the song in another (albeit temporary) direction.

“Jennifer” produces more of a traditional black metal thrill with more emphasis on tremolo-built melody and less Deathcrush-style power chord riffing. The song feels eerie from the beginning; it is less like a forceful execution of sound and more like a tribute to the established grimness of the genre. The song structure uses similar methods of removal/reintroduction as on “Breonna,” and features some of the death-metal tempo breaks that were popular with early second-wave bands. The object of “Jennifer” is much different from its predecessor. It builds its charnel atmosphere using layered guitar melody and opens its form for Pain’s vocals to become the focal point of the music. Less of an energy-driven crisis, more of a cold march through the wastes. Following this is “Jacob”. “Jacob” is about as slow as black metal is permitted to get, with chugging guitar chords hanging out underneath terse screams. It is a disgusting, sludgy track. It’s also the first time we hear blast beats from Melissa, something that contrasts with the slower section and also, with the tempo change, sounds a lot like something from Celtic Frost.

Curiously, all of the song titles on this release are names. Unfortunately, without the lyrics available (and since I don’t have a physical copy, where the lyrics would likely be printed) the words behind the screams that might explain this are entirely indecipherable. What’s hidden in them could hint at more subtle deviations from the genre (something that is always welcome in a musical sphere full of Lord of the Rings lore and mythological references). I like to imagine that each song is a fantasy-driven letter to an ex-lover detailing the ways in which they ought to be dismembered/tortured/killed. This notion fits well with the music, anyway.