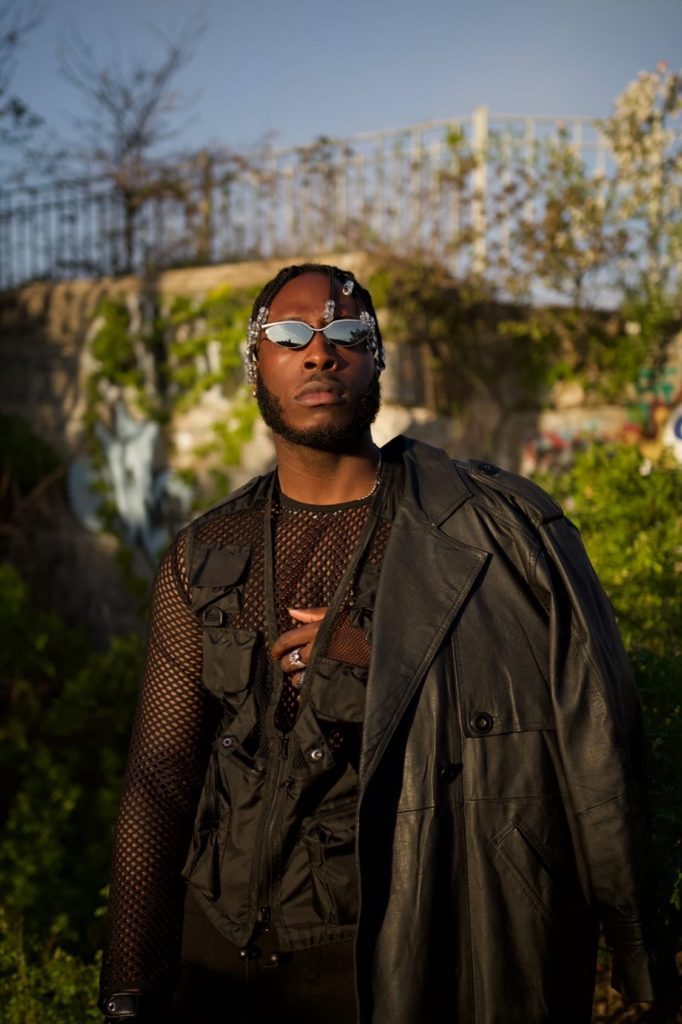 As a Massachusetts native, WHYTRI (Dimitri Jean), started his journey in the local dance community with the infamous company, Phunk Phenomenon. While building his name in the creative spaces of MA, he forged connections with other creatives, including rap artists that were coming up in the local music scene, eventually leading him to carve his own way into the craft. WHYTRI’s well-crafted beats, heavy grunge-esq instrumentals, and unconventional yet brilliant lyricism have manifested into a sound that the artist himself so perfectly coins under the term “Alternative Crunk”.

Read on to learn all about how WHYTRI created “Alternative Crunk” through the influence of dirty-south hip-hop, heavy rock, pro-wrestling, and a torn meniscus.

Hassle: How did you first get into music?

WHYTRI (W): If you would have asked me that 7 years ago, I would’ve thought you were crazy. I was aspiring to be a professional dancer, and was even working with a group who was pretty big here, but I ended up injuring my knee in the same place twice and had to call it. I went through a big depression with that, but I feel like if I hadn’t injured myself, none of this would have happened.

I was getting out of dance and giving out all these ideas to my friends in the rap scene and no one was really hearing me out so I eventually said, “Fuck it — These ideas are sick, so if no one else is gonna do this,I’m going to”.

Hassle: Where would you say that you cultivated your inspiration from musically?

W: Growing up, my rap influence came mainly from the south

The south had all these big characters that I found really appealing when I was younger—artists like Missy Elliot, Soulja Boy, Busta Rhymes, Kanye, Ludacris…

Ludacris is my favorite rapper – I tell people all the time like ‘Yo, Ludacris is top ten rapper dead or alive.’ I literally have debates about it.

The artists that came out of the south would make these big, fun records that showcased the personalities behind them, and that’s the kind of work that made me say, “Oh shit, I want to be a part of this.”

That’s just the rap aspect – I also listened to a lot of James Brown or bands like Linkin park, System of a down, Three Days Grace, and all the other really big rock music of the early 2000’s, which is where I think a lot of the heaviness in my music comes from.

Hassle: How does your history as a dancer play into your music?

W: I’m able to do a lot of things with my voice and tap into different cadences, which ties back to how I would have different dance styles. It’s all just different ways to interpret and present the music. It’s the same thing, it just uses different parts of the brain.

Wrestling is also a very big inspiration for my art. I take a lot of the same elements from it to where I basically create characters.

Growing up watching John Cena, DogZilla, and all these cool people who have these larger than life personalities made me really like the idea of it. These wrestlers can do and be whoever they want, and that’s how I see myself and my music.

It also split my fans in a sense. People were either like “I love this, this is the hardest shit ever,” or “What the fuck is this?” At the same time, it put me in a cool space because it was so left-field. Now I feel like I can do whatever left-type-shit I want.

That’s how I want to approach my career – just like Ludacris, Tyler, or Missy-Elliot. They’re able to rebrand themselves and recreate their image over and over again with every project.

I’ve really cracked myself open sonically and it’s all merging together now. Whereas with Collizion I was really just focused on getting better at writing from a specific area of my life and a specific feel – and I think I was able to capture that. But now it’s like, “Alright the writing is there, but now we have to capture that with the sonics.”

That’s what we’re doing now, and there are definitely some songs there that I’m very proud of. I feel like I’m falling into a more Alternative-Crunk space…. But I’m very happy with it and I feel like the people who like my music are going to be happy with it too.

Being able to explore different avenues of how I feel and being able to put it on display. I’m just going to make my art and my album so dope that even if you don’t understand it, you gotta respect it and you gotta fuck with me.

Hassle: What is the biggest message or take away that you want listeners to get from your music?

W: Fuck peoples’ opinions if those opinions don’t add any value to whatever you’re doing. Stay in your bag, and if you’re gonna do something, don’t strive for perfection – strive for excellence. Perfection doesnt fucking exist, and excellence is whatever you define it as.

WHYTRI’s sheer talent, disruptive vision and precise execution are bound to lead him to greatness.

Want to learn more about WHYTRI? Check out the links below! You can also catch him at his next show in NYC on June 26, and pre-save his upcoming single dropping June 16.