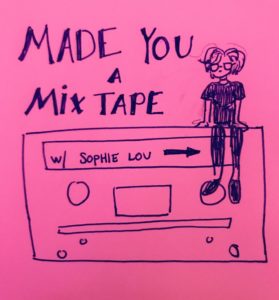 You know there’s an America that you’ve never been a part of.  You know that there are signs somewhere written in oldspeak that lead to places you’ve never dreamed of winding up.  There are exits off of the highways in the mind that echo in the jaw of bootleggin, stompin and hollerin, murder and conceit.  You know the hills have eyes, not in that way, but in the way that that some floorboards can squeak and sigh their stories at you.  Same way that memory is an American musician’s onliest friend. Cuz American music accumulates, it builds on itself, it’s the gunk of the dust bowl, the burn of bathtub swill, the echo of pistol shots through the mountains.  This shit, the stuff of great mythos, the Old, Weird America as Griel Marcus would have it, it’s good as gone. If it’s traceable, it’s faint, and you gotta squint your ears.

What’s left is the weirdness of it all.  All the backroads, the creeks and gulleys, the “race records” and the “hillbilly” LPs, not fit for public consumption, it’s as alien as any moon.  Sure you can sniff it down on compilations, the golden treasures of american folkways, but don’t let ‘em Criterion-ize it for you. All that’s left of the secret America, that cannot be conjured but only experienced surreptitiously, through the winds of fate and omen, is weirdness.  Weirdness, as Griel would have it, is American bedrock.

The center couldn’t hold in the delta, or the hills, or the mines, the bayou, the north country, or the prairie.  It exploded and made a mess and it’s everywhere now, this legacy of American oddity, simultaneously easy and impossible to find.  It’s in the city. It’s in the suburbs. In the basement of yr mama’s house. This is the New, Weird America. It’s a heaping big plate of star-shaped sunglasses, lizard eyeballs, fuzz, screech, spit, melted lipstick, blurry faces, strawberries, and teeth.  It’s not ready, just yet, to belong to any one place, or any fixture.

Listen, just try not to take it too seriously, yknow?  Fall in like the old riverboat gamblers and let those winds of fate toss you as you listen.  The spirit oughtta move you, even in the basement of yr mama’s house. It will.  Cuz now it’s yours.

5. Bugs and Rats – I’d Really Like to See You in the Cold

7. Eyes of Love – Breakers at Midnight