Much has been written to this effect in the months since Mad Max: Fury Road blazed onto screens, but it really is worth marveling at how unlikely this film is. For starters, it’s a revival of a long-dormant, distinctly ‘80s property which, while well-liked, has never inspired the sort of devotion afforded to the likes of Star Wars or Indiana Jones. Gone is the original films’ iconic star, recast with a younger, currently popular model. And while the franchise’s original director is back on board, said director is now an 80-year-old man whose resume in the meantime has consisted mostly of children’s movie sequels. One could have been forgiven if, at the beginning of the summer, they left the film off their must-see list.

And yet, here we are: Fury Road has come out as one of the most talked-about and beloved films of the year, not only among the fanboy set, but among respected, mainstream critics. While not an unqualified world-conqueror, it surpassed expectations at the box office, assuring a sequel in less than thirty years (assuming director George Miller can make up his mind). It has featured on a number of year-end lists, and, yesterday morning, was nominated for a staggering ten Academy Awards, including Best Picture and Best Director. 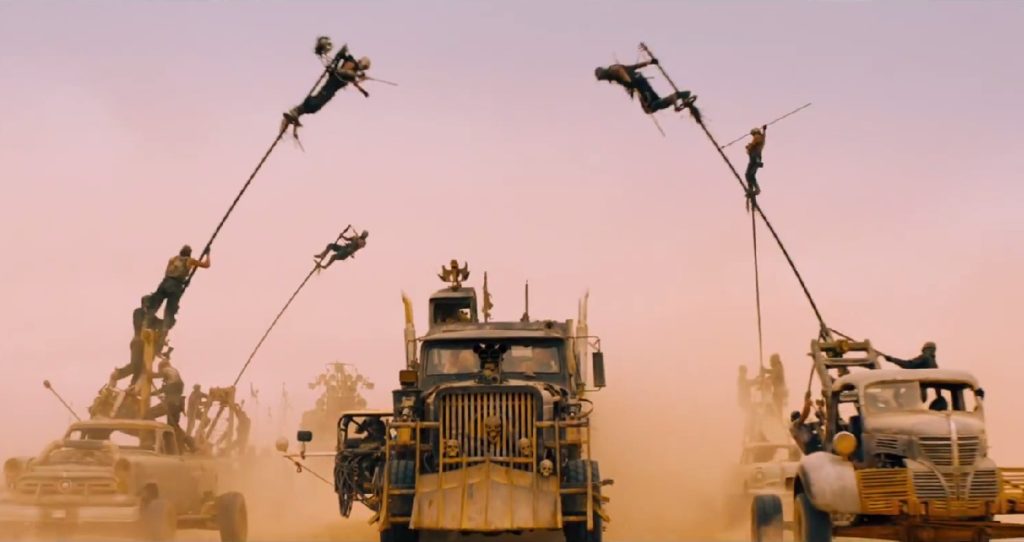 Does it stand a chance? In the eight “below-the-line” categories it’s up for – that is, the unsexy technical and artistic categories that most normal folk skim through – it certainly deserves consideration. Like its biggest competitor (that other franchise revival that came out last month), Fury Road has been rightly applauded for its use of practical effects: those are real cars, real explosions, and real flame-belching electric guitars. Similarly, the costumes, makeup, and art direction grant the proceedings a strikingly physical presence, with its sprawling sets and scrabbling extras recalling such bona fide auteurs as Terry Gilliam and Alejandro Jodorowsky. And the cinematography and editing work together to create a dizzying experience, not unlike the sand tornado that Furiosa drives head-on into. It’s rare for a single film to clean up in these categories, but it’s also hard to argue against Fury Road in any of them.

Miller, too, can’t be written off for Best Director. Watching the post-nomination analysis yesterday morning, I was shocked to be reminded that the man is eighty years old. Fury Road is many things, but it does not feel like an old man’s film. The energy coursing through the movie is palpable; barring a couple of rest stops, the characters pretty much never stop moving, and nearly every frame is packed with more action than can be taken in on first viewing. The amount of effort, vision, and coordination (as well as apparent disregard for personal safety) is downright Herculean. What’s more, Miller’s only real “name” competition is Alejandro G. Iñárritu, who already had his moment last year for Birdman. Unlikely as it may seem, Miller might be your man. 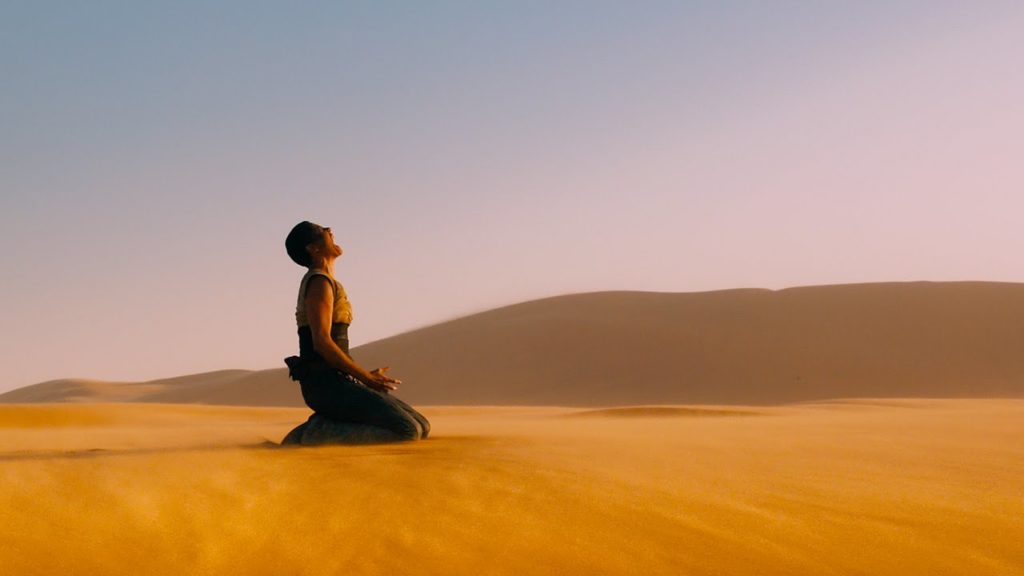 As for Best Picture… okay, it’s a longshot. In this context, Fury Road feels like the sort of token populist film that the Academy likes to nominate to make themselves look less like stuffy old farts (a position Miller found himself in twenty years ago, for his vastly different Babe). But unlike past sacrificial blockbusters, Fury Road has the distinction of being the actual critical favorite. While films like The Revenant and Spotlight are well-liked, and probably deserving, none have received the unexpectedly unanimous consensus that showered Fury Road this past summer. What’s more, few critics seem to like any of those films as much as they seemed to like Miller’s; reviews for The Big Short have been almost entirely positive, but few have been as truly gushy as the hyperbole afforded to this two-hour car chase. Make no mistake, the odds of Mad Max: Fury Road actually winning Best Picture are still slim. But for the Academy voters to drop their sense of propriety and go with their hearts? What a day that would be. What a lovely day.

Part of the ongoing series: (Some of) The Best of 2015
Double Feature with The Assassin