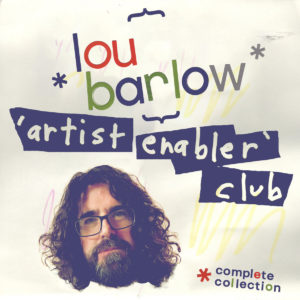 I don’t know what it is. Like male mosqu-
itos. I saw a male mosquito for the firs-
t time in Amherst. Leverett, actually. I-
n a dungeon by a swamp close to Rattlesn-
ake Gutter. I’ve spent most of my life a-
round swamps, outside, and around lamps.
That’s what’s going on now. Birds and mo-
squitos. Lamps and Swamps. This is where
I’m at home. I’ll likely be the first to
die.

Anyway, these male mosquitos. I must hav-
e been 19 at the time. I was standing th-
ere, staring at a large speaker, and I l-
ook over. And there is this giant fuckin-
g insect on the wall. I thought it was a
bizarre daddy long legs-oid thing. “With
wings?”. Some horrid chimera. The damned
creature was so overgrown and awkward it
couldn’t stick to the wall. But it tried.
Something so pathetic and wrong about it.
It put me in a weird place.

What the fuck is that thing? It’s a male
mosquito. That fucking thing is going to
suck my blood? No. Like bumble bees don’t
sting you, male mosquitos don’t suck bloo-
d. I just stared at the thing for a few
minutes. How have I never see one of th-
ese before? Sort of like the black squi-
rrels. There was something off. I put i-
t aside, and explained it away as a biz-
arre effect of the speaker. I’m an idio-
t. Ignorant. I overlook everything, why
should these things be any different?

That was in Amherst. Then I started se-
eing them around the house. An hour and
a half away. It’s not like I never paid
attention to bugs. I’m always looking f-
or choice bugs. Silverfish, ticks, and
things. I’m like a bird, in that sense.
This is why I don’t like birds being up
so early. They poach all the bugs that
I’m trying to look at.

I can hear chirping in the distance. N-
ot birds, the weird circadian sounds. M-
aybe the most terrifying experience of
my life took place sitting outside tal-
king to friends. Someone mentioned how
loud the bugs were. The alien chirping
grasshopper sounds were incredibly lou-
d. Seemed like it was getting louder. W-
eird.

The friend went inside after a few mi-
nutes. Said goodnight. We went back t-
o talking. Bullshit. Nothing in parti-
cular. Started to forget about the ri-
nging insect sounds. And then they st-
opped suddenly. I looked at my friend.
The friend looked at me. Something ve-
ry strange happened. Like deja vu. So-
unds of trains, cars passing, people i-
n the distance, the normal bustle of a
city. But no insect noise. Disorientat-
ing. Some kind of brain malfunction. W-
e didn’t say anything. Then, “Uhhh…”

Never experienced that before. Like I s-
aid, weirdest thing. Similar to seeing t-
he male mosquito. Like everything I’ve
ever known and believed is a lie. I do-
n’t think I ever directly acknowledged
any of this with my friend. We just mo-
ved on. One of those imponderables. I’l-
l keep it in mind, but there is no way
we’re going to figure this out now. No
need to freak out. I felt crazy, thoug-
h. Unpleasant. Vaguely ominous. Vaguel-
y ominous creeping into genuinely omin-
ous. Spidey sense tingling.

I went home and brought it up to the o-
ld maid. A kind woman. A realist. She
looks at me like I’m insane. “Obvious-
ly your friend that pointed it out in
the first place was fucking with you.”
I hadn’t considered that.

These birds though. It’s 2:15 now. I h-
ave no idea what just happened. How is
it this late? At the same time, why ar-
e the birds out so early? What’s the d-
eal with that? It can’t be a good thin-
g. I’m listening to what they are doin-
g. I spend a lot of time like this. Th-
e ancestral manor is surrounded by tre-
es. Therefore birds. Sounds like a jun-
gle in the morning. Add fog and that’s
essentially what it is. Spent a lot of
twisted mornings looking at the spider-
s and listening to the birds talking t-
o each other.

Birds have their own language going on
and it fascinates me. Classic call and
response. They work with octaves and f-
ourths and fifths and things. But they
don’t conform to western temperament,
or intonation and all that bullshit. T-
hey work with these strange microtones.
Like the insects, they play to the env-
ironment. It’s creepy that they tune t-
hemselves to generators and mechanical
noise and things. Makes sense, but wei-
rd. I was told, again in Amherst, the
sounds of nature have changed because
human noise is clogging the frequency
bands. Drowning them out.

I realize I’m doing a fucked up thing
right now. I’m completely distracted
with this writing. I wasn’t paying a-
ttention to the music and now I’m li-
stening to a field recording. I made it
in this same spot 12 hours ago. The
same birds chirping in the recordin-
g are the ones chirping outside. I’m
surrounded by birds right now. I ju-
st turned off the recording.

It’s 2:43. Now I know how birds say,
“Uhhh…” After about 10 minutes al-
l the birds flew off. I can hear th-
em on the other side of the hill tr-
ying to rouse the birds over there.
I’ve started a chain reaction that
will end with some guy yelling at t-
he bird chirping outside of his win-
dow. It’ll be around 3, I imagine.
“For the love of Christ! Go back t-
o sleep you obnoxious fucks!”

I’m a part of the problem now.

Be sure to check out the Artist Enabler Club Complete Collection on Bandcamp for mind-bending goodness.