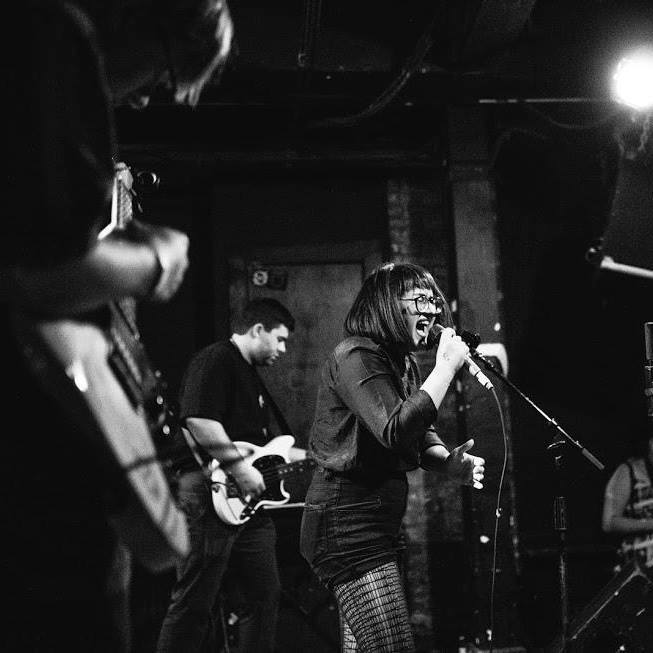 For me, 2019 was a year of musical abundance, creation, generation. I was lucky enough to release music via three separate outlets (Mini Dresses – Heaven Sent, Joy Void; Splitting Image – Thank You, Illegally Blind; Dee-Parts – Collected Recordings, Disposable America), played a fair amount of shows (some of which saw me untethered to an instrument, liberated and feelin’ it), and closed out the year writing and recording another album for yet another project, all of this done alongside my brilliant partner in all things, Caufield Schnug. Often, in those moments right at the end of a set or after a long day in our homespun studio, I felt an undeniable sense of euphoria, a lightness that only comes from a moment of pure focus and inspiration. I’m grateful to music for giving me this, and I’m grateful for the following releases that also provided a momentary reprieve to this increasingly maddening, uncertain, confusing time in which we find ourselves.

Kremlin Bats – Melody
Definition of “earworm.” I remember hearing this song live at Fuzzstival and being utterly blown away by its pure pop perfection. Jim Leonard writes some of the tightest, grooviest tunes in town.

SAP – 2
We played with SAP at Charlie’s in the summertime and I don’t know what was more blistering – the heat or Alex Bean’s vocals.

Patty Melt – The Queen’s Entrance
Everything that Travis Hagan and Carrie Furniss do is a gift from the heavens, but Patty Melt is one of my absolute favorites. The pomp n’ stomp of “I’m the Queen” and the no-holds-barred romance of “TVH” are highlights of an enormously strong EP (also on Illegally Blind!). C&T have since moved to New York, which is that city’s immense gain, and our deeply felt loss. We miss you.

Beverly Tender – Little Curly/boy is a Bird
The production and arrangements on this album are so bizarre and discomfiting and hypnotic and beautiful. Speaking once again of loss, it’s sad to see such a singular musical presence call it quits. Thank you for all you’ve given us, Beverly Tender!

Strange Passage – Shouldn’t Be Too Long
“Ranks of the Righteous” is one of my favorite songs of the year. Strange Passage excels at writing ultra-catchy jangly gems in the vein of Felt and The Monochrome Set, and they are such a rewarding live show experience.

pushflowers – Close For Comfort
I’ve had the great good fortune of playing with pushflowers a few times in 2019, and whenever I see them I’m heartened by their spirit and great songwriting. The chorus on “Bite” devastates me every time I hear it. There’s some kind of magic that occurs when Rocio and Justine’s voices mingle. I love it.