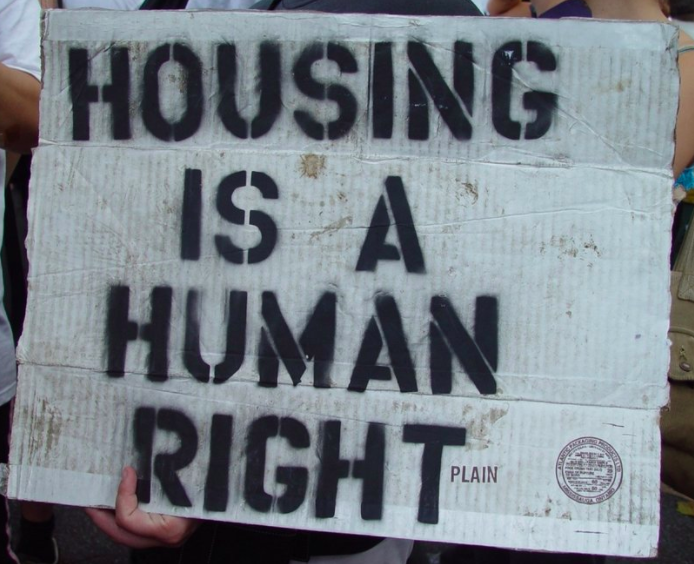 In case you haven’t been keeping up with the news around housing in Massachusetts, the situation is a huge mess.

While the city of Boston has passed a largely symbolic moratorium on evictions in the city, many are still wondering what will come out of the state house in days to come. Bill S.261 ‘An Act providing temporary protections for renters and homeowners during the COVID-19 emergency’ has been bouncing around the State senate after similar legislation passed in the house last week.

The facebook group Boston Renters in Response to COVID-19 has close to 500 members. The instagram account RENTSTRIKEMA has over 600 followers and has compiled a list of Massachusetts Mutual Aid Organizations and Efforts as their bio link.

These are just a few examples of the responses to the extremely stressful situation our housing system is under. We have verifiably ventured into the unknown; reaching an economic and public health downturn never seen in the 21st century. Other cities and states are seeing similar efforts, some larger and smaller than those going on in Boston.

At the same time however, many housing-insecure citizens have turned to Mutual Aid efforts organized by concerned citizens. I spoke with two groups via email over the last few days, Allston-Brighton Mutal Aid and The Tenant and Housing Association of Worcester about their efforts.

If you are feeling like you are in limbo over housing and food security see the many organizations sprouting up and providing essential care and services during these uncertain times. Also check out this interview with two mutual aid organizations below.

AllstonBrightonMutualAid: With the median income for Allston/Brighton ~25% lower than the city at large and with ~85% of residents renting, many from notoriously aggressive absentee landlords, our community was financially precarious even before the crisis. Now, with many losing their source(s) of income, that precarity has become acute. ABMA originated from acknowledging the needs brought on by that acuteness, and the insufficient response from the city, state, and federal government.

We were fortunate to learn our organizing model from other mutual aid networks operating in adjacent neighbourhoods, including Sommervile/Medford and Brookline. In this regard, through practice, we are constantly refining the way we operate and services we provide.

BH: What is the mission of your organization?

ABMA: ABMA intends to identify and meet the needs of the community during this crisis to the best of its abilities. From delivering groceries to at-risk populations to empowering tenants to push back against their landlords and anything in between, we intend to help until the crisis is over and perhaps even beyond that.

We also understand that this crisis is one rooted in class politics. Whether it’s Massachusetts’ congress prioritizing the wealth of landlords over the lives of tenants by refusing to pass a rent moratorium, or the profiteering by our privatized healthcare system where treatment for COVID-19 can cost Allston/Brighton residents close to what they make in a year, we are reminded that profit is prioritized over human lives. Just as we address our community’s social need, we will not shy from confronting the political aspects of this crisis either.

BH: Who is participating in the organization?

ABMA: ABMA comsits of community members with disparate backgrounds. This is the first time in community based organizing for some. Others come from socialist or anarchist traditions, and/or have experience working in harm reduction, immigrants rights, and other advocacy groups.

BH: What are some other inspiring mutual aid efforts you have seen around New England?

ABMA: We’ve been inspired not only by other mutual aid groups, but also organizations like the Tenant and Housing Association of Worcester and City Life/Vida Urbana who both have provided training and materials to assist ABMA’s developing tenant organizing working group.

BH: What are folks most in need of when they reach out to your organization?

ABMA: Most of the needs we receive are survival oriented, with individuals and families requesting groceries to feed themselves or money to purchase essential medicine. However we’re often solicited for advice and solidarity by people who are attempting to negotiate with their landlords or organize the building they live in.

Tenant and Housing Association of Worcester

BH: When and why did your organization come to be?

Tenants and Housing Association of Worcester: In the Fall of 2018, we convened a group of anarchists and communists who were concerned with the way that housing was changing in Worcester. Increasing rents were displacing people in a wave expanding out from Boston. There are a number of large development projects underway in the city and already gentrification has started to creep through the city block by block. At the same time many of us had experiences with slumlords who charged marginally affordable rents, but profited by neglecting repairs and maintenance. One of our founding members was renting from a particularly notorious slumlord and, after researching his other properties, began canvassing in the Spring of 2019. Our conversations with tenants began with questions around conditions but usually expanded to the general conditions of precarity that working class people face in Worcester. From this vantage point we see the value of building a movement of working class and exploited people to challenge the forces that displace us from our homes and force us to live in continual precarity.

BH: With whom am I emailing?

THAW: Zoey, Andy. Bryan helped with these responses as well. A group of radicals and working class friends from the greatest city on earth

BH: What is the intention of your organization?

THAW: THAW seeks to build mass working class power for tenants and working class people to decommodify housing. We seek to bring housing under the control of the people who use it everyday to reproduce themselves and their communities. We are highly critical of the landlord-tenant relationship and fight for a world where housing does not rely on exploitation. Functionally, this takes the form of building relationships with our neighbors to create tenants unions and neighborhood councils. Through collective bargaining, tenants unions can apply direct pressure on landlords who might want to raise rents, avoid repairs, or evict us; or, in the case of working class homeowners, form alliances with those who are facing foreclosures by the banks.

BH: What can tenants do to better protect themselves during these times?

THAW: Organize! Joining/forming a tenants union is the strongest action tenants can take. The first step is reaching out to your neighbors, seeing what their needs are, seeing where your needs overlap, and forming relationships. THAW seeks to provide resources, tactical advice, and a network for tenants who want to organize their buildings. Divided we are weak, united we are strong. Collectively tenants can demand better living conditions, fend off rent increases, evictions or anything else a landlord throws at us.

BH: Are there similar organizations in Worcester/ Western Mass or mutual aid groups you think folks should be aware of?

THAW: There are a number of tenants’ unions in the city that THAW has worked with over the last year and half, such as the 660 Main Street Tenants Union and the Lincoln Village Residents’ Alliance. The Pioneer Valley DSA chapter has started doing tenant organizing. In terms of city-wide tenants networks, THAW is a novel project in the city, but we draw heavily from the work of tenants unions across the country, including the LA Tenants Union, Tenants and Neighborhood Councils in the Bay Area, Philly Tenants Union and many others. We also work with City Life/ Vida Urbana and the DSA Housing Working Group in Boston, and recommend tenants in Boston get in touch with them. In Worcester and in Western mass for mutual aid groups there is the Mutual Aid Worcester group (which many THAW members are organizers of) and Western Mass Mutual Aid. Also want to shout out the Trans Asylum Seeker Support Network in western mass which is a super badass network of people getting as many trans asylum seekers out of ICE detention and creating and entire network of support for them.

If you need housing assistance please reach out to the organizations above or mutual aid efforts in your community.

This Week In Experimental: Volume 54