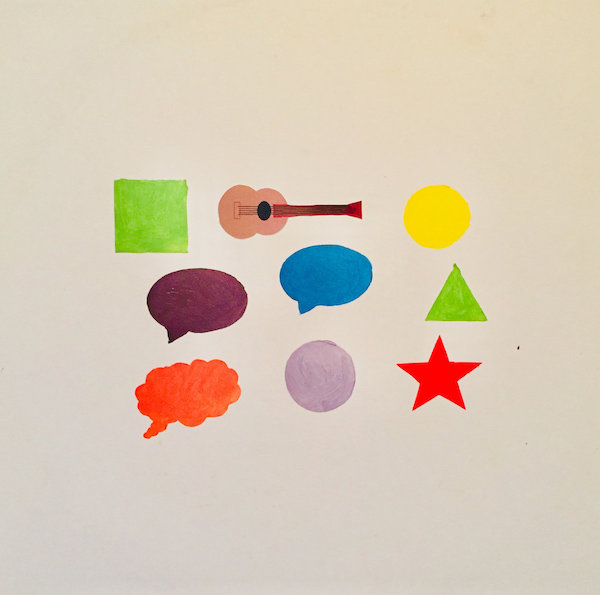 In April, Leaf Peepers released Lunchtime for Birdy, an eleven-track LP, on bandcamp. It will soon be released on vinyl by Feeding Tube Records in November.

Leaf Peepers is a temporal project, but Omeed Goodarzi and Nick Bisceglia, its two members, have deeper roots. They cover the terrain of Western Mass, Worcester and Lower Vermont.

There’s an idea that innovation hits the cities and then diffuses outwards; that un-urban art is folksy; that it is inherently peripheral. Living in Boston for some years, I became familiar with the particular stimmung that was coming from these other proximities.

It smacks like the union of quirk and potential energy.

It’s not an outwardly-focused, colonial approach to music. It’s modern, but not avant-garde. This is the je ne sais quoi that runs through Lunchtime for Birdy.

A defining quality of this album belongs to the creaking, yawning, and scuttering sounds of the everyday. Sometimes they foment, while the instrumentation, made up of guitar, alto recorder, keyboard, harpsichord and drums, maintains a sturdy foundation. Sometimes the metallic sounds of cybernetic glitching stir around a song that is otherwise clement and analog. Goodarzi and Bisceglia handle all these noises with easygoing grace, managing tangents that don’t unravel the whole composition.

But don’t get me wrong: chaos is looming. It comes in the form of sedimentary anxiety that builds opacity over time. One may sense a tremor of hypnagogia in songs like Secret Agent, the last track off Birdy, which smacks of irony and undogged cynicism. Or in the suspicion of bureaucracy that one hears in lyrics like “a secret code was bought, but only read by those in the know,” from Mountain Day.

In these moments, Birdy feels less insular; it speaks to a sensibility that is of its era: over-imbuedness; immoderate media consumption to the point of fatigue; the fracturing of fact and omnipotence of conspiracy. Historical Revision Division, the second song off the album, sounds straight out of Kafka. There is lamentation that the 60s lost its spirit of breaking all the rules. But Birdy isn’t trying to break all the rules either.  Nor does it give into the temptation to culture jam, or to attempt something transcendentally referential or hyperactive in scope.

It’s greatest experimentation exists largely in its handling of space: in Any Given Semblance is a Miracle, a Capella-type vocals structure a thicket around the lyrics and delicately plucked strings. The laughter, conversation and even sneezes that surrounded the creation of Birdy trickle into the finished product. A lot of what you hear, both in vocals and instrumentation, reads like a train of thought.

The overall effect, although capricious, is lacy and beautiful. Goodarzi’s vocals are tenderly unsentimental, and contribute just as readily to the friendly ochre as they do sardonics. Despite the pockets of cynicism, there is an overwhelming sense of benevolence.

It’s rare that an album so weird manages to be an earworm. Over and over the songs sneak into my mind’s subterrain. It’s welcomed; Lunchtime For Birdy materializes in a way resembling a patch of sunlight. As it passes over me, I am briefly taken to a cosm of gold hues and whole-body warmth. It’s absolutely wonderful.