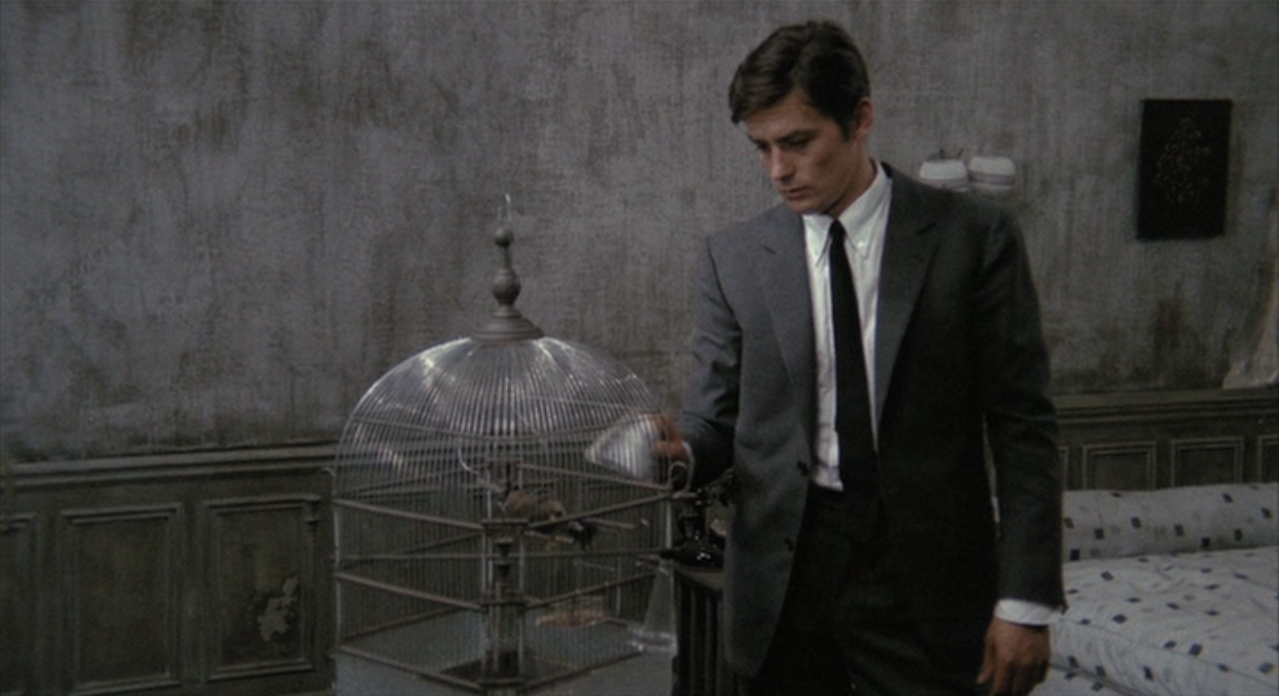 Inspired by Frank Tuttle’s This Gun For Hire, a 1942 noir starring Alan Ladd and Veronica Lake, from which it cribs the pale, bare bones of its plot and protagonist, Jean-Pierre Melville’s Le Samouraï has long been at least as legendary as its template, whose relatively byzantine intrigues and melodrama Melville compresses, abstracts, and distills into a bleak, gunmetal-grey study of a very pretty zen sociopath. Alain Delon is perfectly cast as the killingly blank, grimly exquisite contract killer Jef Costello, a gifted escape artist and canary-aficionado who finds himself on the run from one too many pursuit professionals.