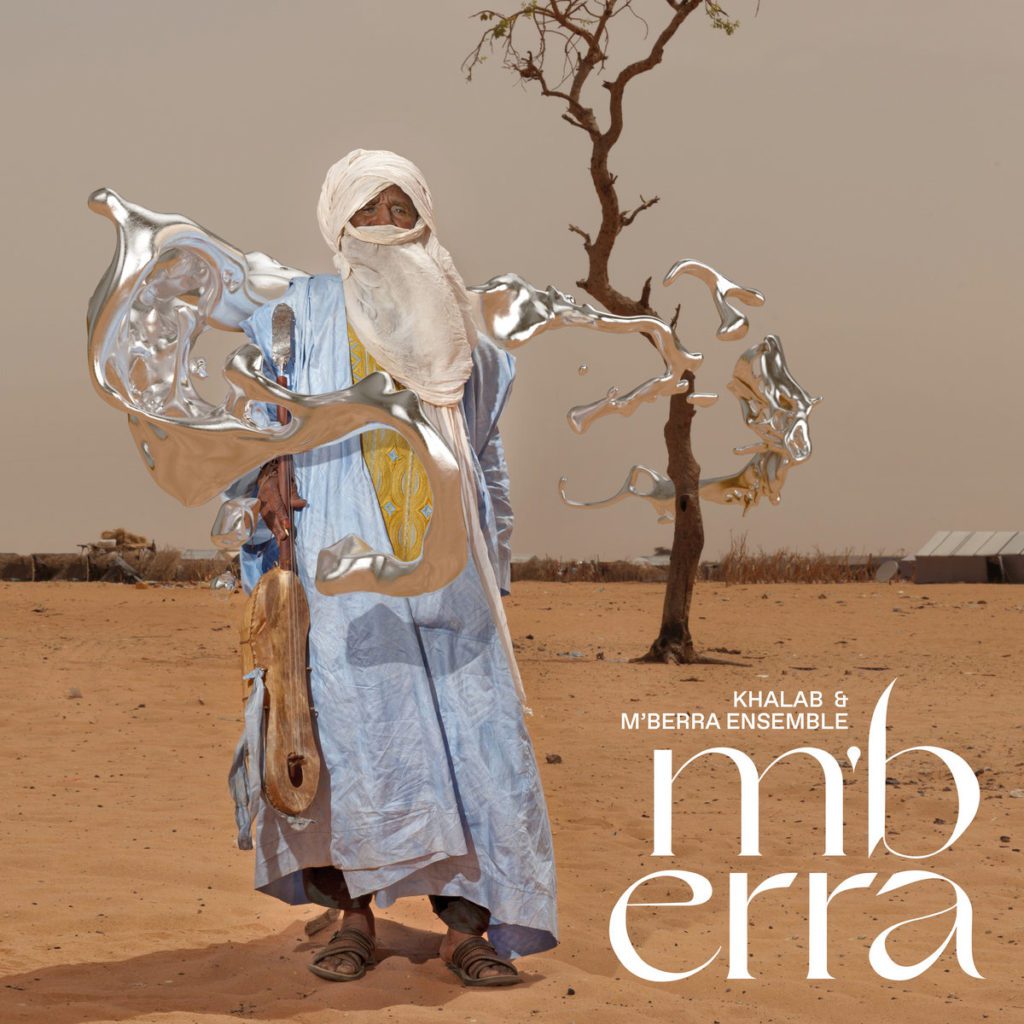 Raffaele Costantino — known by his stage name, Khalab — is an Italian artist and producer who uses his music to inspire and work with the M’berra Refugee Camp.

When Khalab made his original visit to Mauritania, Africa in 2017, he changed the residents’ lives forever. Not only did he provide them with the opportunity to create music, but also provided aid and safety through INTERSOS with humanitarian projects in West Africa.

As a fearless leader, he came together with the refugees and helped to foster an atmosphere of creativity, which ultimately led to the formation of their band group, the M’berra Ensemble.

The M’berra Ensemble is composed of various musicians located all over West Africa, and thus, their music originates from many different backgrounds, such as the Arab, Tuareg, Tartit, Azawadien, Imarhan Timbuktu and more diverse groups.

There’s a uniqueness to having different backgrounds come together for music. It builds a connection stronger than ever. It’s deeper than a simple melody, it speaks volumes to the musicians’ culture and ancestry and pulls strength from their hardships.

These musicians work either as a group or independently to produce their unique cultural sound. Each instrument they use — from guitars to an Imzad (fiddle or violin) — holds a treasure trove of history to each performer and the tribes in Africa. The Ensemble has been around since the early 1990s, originally playing as refugees in different camps, and have carried their music along with them ever since.

Their latest album, M’berra, released by Real World Records, launched on April 23, 2021. Khalab and the M’berra Ensemble worked together to create a blend of modern electronic music and cultural tradition. The melodies and tunes come directly from the instruments, while the bass and extra effects are an added element from the producer, Khalab. Within this album, singles like “Curfew” and “Moulan Shakir” feature the work of the talented Ensemble members. 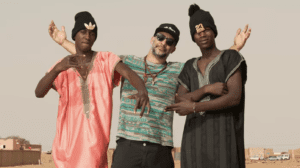 Khalab and members of the M’berra Ensemble. Photo credit to Jean-Marc Caimi

Khalab has over 4,400 listeners on Spotify and over 3,000 followers on Soundcloud. He is on other platforms such as Youtube, Apple Music, and Hypercast. Separately from the M’berra Ensemble, Khalab has performed his own work live at the 2019 Shambala Festival in the UK. He specializes in jazz, electronic music, bass and African music, and has an EP called The Great Oxidation.

The M’Berra Ensemble holds a greater impact coming from a deserted homeland. As the band continues to grow, so will their message and legacy all across the world. The M’berra Ensemble will generate more musical bridges between the traditional music realm and the newer contemporary electronic scene. As for Khalab, he will (of course), accompany them on their journey. Look for his live radio sessions and more releases in the near future.