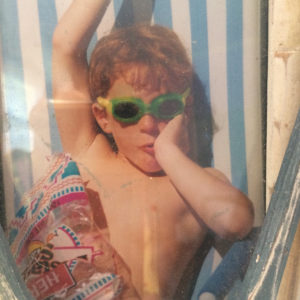 Who is Kevin Wynd? & For that matter who is Secret Roger? Music this thematically nostalgic is, for an untrained ear, easily missed. Yet for those audiophiles among us looking for the next new musical passageway, that unseen metaphysical door through which daily life passes, look no further, & indulge yourself in the world of Kevin Wynd.

More than anything, this album, The Kevin Wynd Omniverse, is a full out sonic collage cloaked in washed out synths & a dizzying array of home-made drum beats and samples. Released late 2017 off label Erased! Tapes, Matt Delligatti takes on a moniker, taking on another moniker & we here at Hassle HQ have been in awe ever since.

The arthouse deacons over at Erased! Tapes, (Matt Delligatti is friends & roommates with label head & musician Sundog aka Jonathan Nankof), are churning out release after release of sonic treasure. Gentrification, rising rents, overcrowded subways & cafes remain a formidable foe for musicians clinging to a vision of this magnitude however.

‘It’s funny. I stayed in Boston because I know how bad living in NYC would be for me.’ Matt states laughing as we sit in Fiore’s Bakery in JP over coffee & breakfast. ‘I really like Boston, it’s more quiet here… I’m thinking about moving to Rozzy (Roslindale) though… JP is too expensive.’

As we pored over the details of his album, I could not overcome the fact that we were conversing & discussing music in words. Looking at the multi-colored, abstract paintings on the wall behind, the room started to shrink. ‘The album cover is actually a photograph of me taken when I was 8 or 9, my girlfriend had it framed on her desk for a long time & one day I took a photo of that photo.’ The snarl in the picture however, is not customary to the artist in front me who is mild-mannered, well-composed & smiling.

‘When I take on the moniker of Secret Roger, I know I need to go into a real sad, depressing state when I perform.’

‘How do you prepare for that role? A week in advance, that morning?’ I interject.

Looking forward to the summer, Matt discusses his plans for upcoming shows. Kevin Wynd has a show on April 12th in JP as well as plans to tour in New York late June. In Boston since 2010 when he first started at New England Conservatory, this New York native has been in or has been involved with numerous projects filled with a large contingent of NEC students in our evolving scene such as: Custom Drummer, Particulars, Listening Woman & Every Kim Parcell. Besides performing, Delligatti also stays busy in the studio, recording, mixing & mastering records, notably having mastered label founder Jonathan Nankof’s (Sundog) new album ‘The Measured Mile’.

‘Picture a crooked arrow/ it moves so slow, can’t hurt anyone/ picture me in my bathrobe…’ rings a semi modulated voice of swells of golden synthesizers. The drum beat stutters and loops transplant you into a cartoon from the 1990’s; ‘A dog, & a cat & a sparrow/ my window’. The hooks & loops transport you on musical winds, floating just slightly above the ground (you can barely tell). 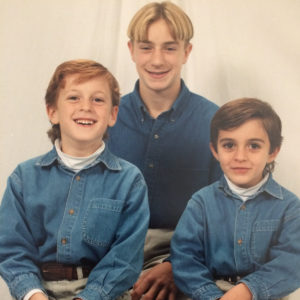 I first met Matt Delligatti during the Banny Grove/ Spirit Level show at DAP January 30th. There both Matt & Jonathan Nankof performed as part or Spirit Level along with other New England Conservatory musician, Melissa Weikart who is now signed to Worcester label HEC Tapes. A community has formed comprising not only good bands & artists, that all of these musicians work co-dependently to make. (Look no further than the Brittle Brian/ Sundog collaboration effort for a pointed example.)

With little downtime, (this album was recorded in a little over a month) Kevin Wynd released a new EP, complete with playful loops and yet another Neil Young cover, which is as seamless as his previous cover of ‘After the Gold Rush’. It is here where this album gains poignance and beauty. There is no pandering, let alone a trace of this being an obligatory cover. The ‘After the Gold Rush’ cover creates a space for reflection the individual carves out for himself. ‘I was laying in a burned out basement, with the full moon in my eye…’ sings a soft, yet still green voice, singing into to the nothingness of the night.

After the interview, I walked to Deep Thoughts (where I originally bought the tape) as the lyrics, all of the hooks and collages of sound reverberate simultaneously inwardly.

When asked where music will be in twenty years, Delligatti is taken by surprise. Although questions abounded, his interest was most directed towards the future of hip hop. Drawing inspiration & obsessing over Frank Ocean’s blonde as well as Lily Koningsberg, what meshes well into the indie-rock mindset is more of an approach strategy than what the actual music sounds like itself. This sentiment comes out on Kevin Wynd, but is carried forward in the stance of Koningsberg’s latest record with Horn Horse, targeting an audience becoming more and more estranged from themselves, aging & coalescing slowly into a social categories they want nothing to do with in the first place. 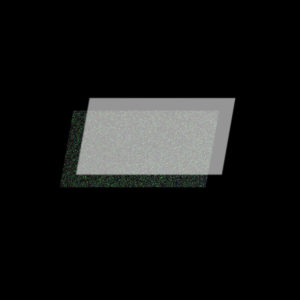 Chris Hughes is a music journalist & Music Editor for bostonhassle.com. They can be reached at [email protected] or @crsjh_ via instagram & twitter.