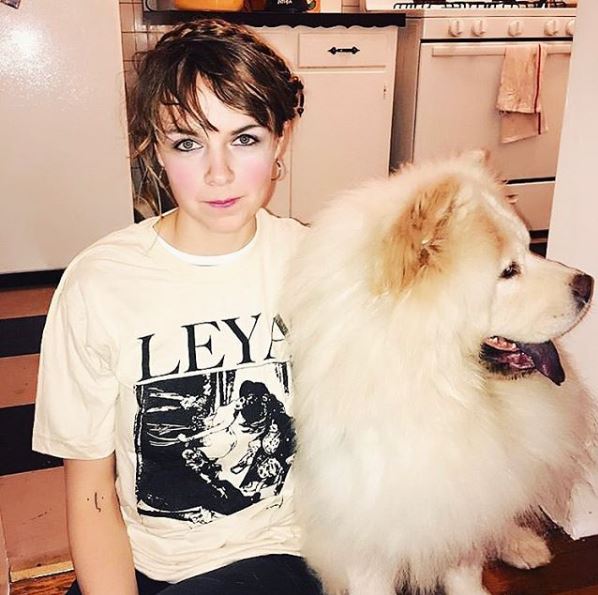 I really can’t believe I hadn’t discovered this band until this year. Just as great live as on the record.

Beautiful ancient and haunting balance between classical and experimental music.

“A Short History of Nearly Everything” by Bill Bryson

A Short History of Nearly Everything Scientific should really be the title of this book. Brimming with strange an amazing facts, this book explains in great detail the intricacies of how the Earth functions and keeps us alive. Perfect for someone feeling existential about the meaning of life or looking for an entertaining adventure into the realms of scientific knowledge.

“What a Fish Knows: The Inner Lives of Our Underwater Cousins”, by Jonathan Balcombe

Think its ok to eat fish because they don’t have any feelings? “What a Fish Knows” changed my mind forever about fish perception. Balcombe overturns our idea that fish are dead-eyed, feelingless creatures that exist for the sole purpose of food and multiplication. Fish create involved courtship rituals, make lifelong bonds, use tools, hunt together, deceive and punish much like humans. Overflowing with insight and new scientific discoveries, this book will take you on a journey through the sea life communication and community.

“Inside of a Dog: What Dogs See, Smell and Know” by Alexandra Horowitz

Alexander Horowitz, a cognitive scientist, explains in great detail how a dog perceives the world around us. She tells us of what it might be like to not just smell food, but sadness, sickness, and even the passage of time. Our best animal friends hear what we we hear, but also a constant hum of insects and electricity. Learn more about your dogs daily experience in this in-depth look into animal cognition.

Trevor Noah of “The Daily Show” narrates what its like to grow up in post-apartheid South Africa as a mixed race baby. The book opens with young Noah being thrown out of a minibus by his mother, but it doesn’t stop there. As a child, Noah was brought up under poverty, extreme domestic violence, Old Testament discipline and dangerous intertribal violence, yet still managed to rise to the upper ranks of American entertainment. I found the audiobook particularly engaging. His beautiful animated speech and fluent transitions between 6 different African language brought life to the autobiography that otherwise wouldn’t have existed.

The Skies Belong to Us: Love and Terror in the Golden Age of Hijacking

The story of how and why hijackers commandeered over 130 American planes in 5 years between 1968 and 1972.

Feeling confused and overwhelmed by all the inner workings of the Trump saga? Trump, Inc is a beautifully constructed, informative series by Pro Publica meant to inform in greatest detail. Some of the research done for this podcast was even used in investigations and convictions of Trump-era employees. Well-structured and executed.

As someone who wasn’t alive during Watergate and sort of zoned-out during that segment of history class, this podcast was especially helpful in narrating the details of the Nixon impeachment and the similarities and differences it had to the Trump investigation.

A People Magazine investigation about Ted Kennedy and the fateful car crash that killed Mary Jo Kopechne, the cover up that followed and what people think today about the crime.

PATTY HAS A GUN: The Life and Crimes of Patricia Hearst

CNN re-examines the evidence in a series about the Symbionese Liberation Army and the kidnapping of Patty Hearst.

FAVORITE DOGS (other than my own, Watley..)

“CARLOS”
A very vocal poodle I met at the Catskill Mapie Syrup factory.

“BANJO”
A friendly farm mutt I met in Upstate NY.

Liked it? Take a second to support Kassie Carlson on Patreon!

Jonathan Vahid took some sick video when the Hassle brought Liturgy to town back in August...