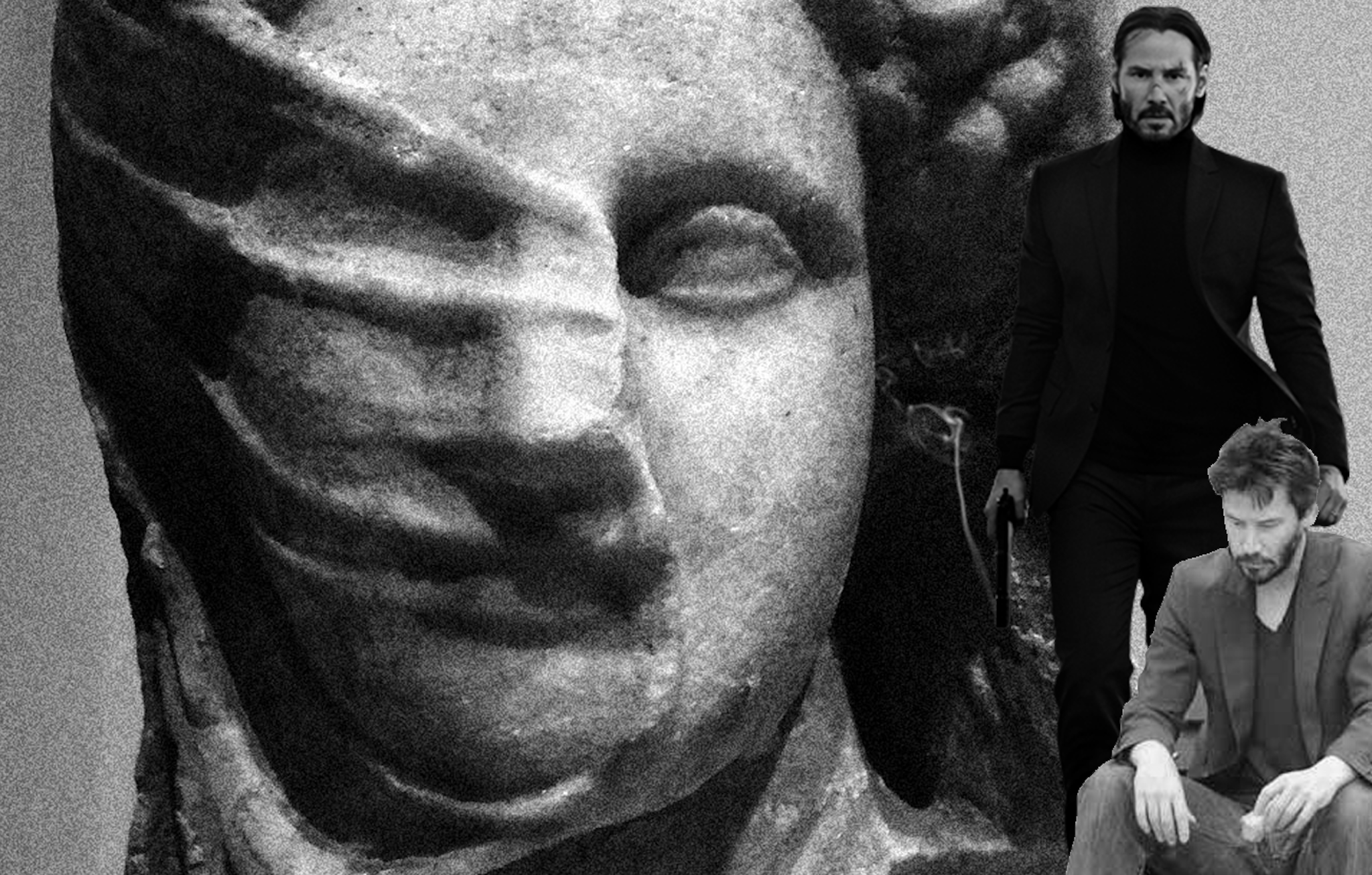 In the paraphrased words of the great Tom Scharpling, “Still haven’t seen Lawrence of Arabia. Seen this John Wick film like five times.” I relate. There are reams of movies I’ve yet to watch. The work of Jacques Tati. Fassbinder. Hou Hsiao-hsien. Fellini. Buñuel. Et al. But I’ve seen John Wick a bunch.

Why? Why do I keep coming back this movie? Why was I so excited to see John Wick: Chapter Two?

The original John Wick  — do I call it “Chapter One” now? — was lauded for the stripped-down nature of its revenge tale, the precise choreography, and the wholly original mythology, and while these provided flashes of fun I found myself drawn to something more ephemeral about the film. Yes, the uncaring absurdity of it all… but also its vast emptiness.

John Wick is a black hole. A man defined solely by his ability to kill efficiently and on a mind-numbingly large scale. He has no hobbies, no interests, no goals. He’s barely human. In the words of Ned Flanders, John Wick is “….nothing at all!” Keanu Reeves plays the absence perfectly, treating every line as if it were the first time John Wick has ever spoken and memorizing each gun-shot and step of choreography so perfectly that he comes across more deadly than The Terminator.

But with less personality.

Within the world of John Wick, he is known as the Boogeyman. He is feared for his ability to kill anyone with anything (There’s a recurring joke about the time he murdered three people with a pencil). Its hard not to see John as a bizarro James Bond — and the movies feel like a reflection of the murderous capability of our most derring-do cinema heroes.

I grew up obsessed with the movies of Stallone, Schwarzenegger, and Willis — never taking into an account the lives they took. Like an addict, each new thrill caused me to seek out excitement larger than last. Now we’ve reached the point of numbing city destruction festivals like the Avengers and Transformers, each one featuring a hero meant to be given our love, despite the fact they kill hundreds, perhaps thousands, in the process of entertaining us. John McClane killed like, what, three people in Die Hard? Nowadays, Superman causes uncountable losses. What are we even getting out of these things anymore? Is it all bloodlust? Do we watch just to see things die?

If yes, then who better to take on the mantle of a post-action action-hero then the nobody John Wick? The mass murderer who doesn’t bat a lash at the destruction he creates. Rueful of his position in society, unsure of how he got there, reluctant to be what he is… but who nonetheless does it. Isn’t it just a realization of what we really want? A nihilistic exercise in carnage that reflects our frightening reality?

John Wick: Chapter Two finds new ways to put this reluctant monster back into the ring. They are contrived and flimsy. In any other film I’d have more of a problem with the lazy plotting, but I came to this movie to see Keanu Reeves wreak havoc so I am forgiving. Within these contrivances, the mythos is gleefully expanded by having John Wick contractually return to the world’s secret society of assassins due to a blood-oath he gave to Santino D’Antonio — the movie’s boring one note villain — before the events of either of the John Wick movies.

Santino has one request: John must murder Santino’s sister, Gianna, so he can acquire her seat on the Table of the 12 — or something to that effect. After some necessary feet-dragging, John goes to Rome and has a big shoot out and murders a bunch of people by putting bullets in their head… This ends with a shockingly touching and strange scene in a bathhouse where John confronts Gianna, both bluntly aware of the rules of the situation. Gianna, apparently an old friend of John, slits her writs and wades into water so she can go out on her own terms.

“Do you fear damnation,” she asks.

John Wick sits next to her, holding up her arm and watching the blood pour out until she dies. He stands and puts a bullet into her head. It is the movie’s one truly transcendent scene of drama.

After this John has a cool shoot out in some catacombs with Ruby Rose’s mute hitman character and Santino betrays John — because of the optics of the scenario, i.e. how could he not avenge his sister? — and puts out a seven-million dollar contract for his death. John must now return to New York, with every secret assassin at his throat, and take revenge on Santino, because… well, the movie is not that clear. It seems John Wick only knows how to seek revenge for injustices done against him. He can’t escape. Or rather, won’t allow himself to. John Wick is an ouroboros which represents action movies — he wants to be better, but he will inevitably succumb to the base wants.

There are plenty of more thrilling battles in New York — and a delightfully odd digression where John Wick’s wounds are treated by an underground society of panhandler assassins led by their “king,” a dove-stroking, scenery-chewing Laurence Fishburne — all of which culminates in a fun-house mirror finale that perplexingly homages to Orson Welles’ Lady From Shanghai.

Whereas in Lady of Shanghai the reflections represented ideas of self-image, the interior, and refraction, here they reflect only the exterior. John Wick is a singular object with no deeper meaning… the camera pushes forward to mirrored doors opening desperate to find more, instead splitting John Wick in half and revealing more and more copies of the same empty man.

Bar none the movie’s most memorable imagery (even if they aren’t original). 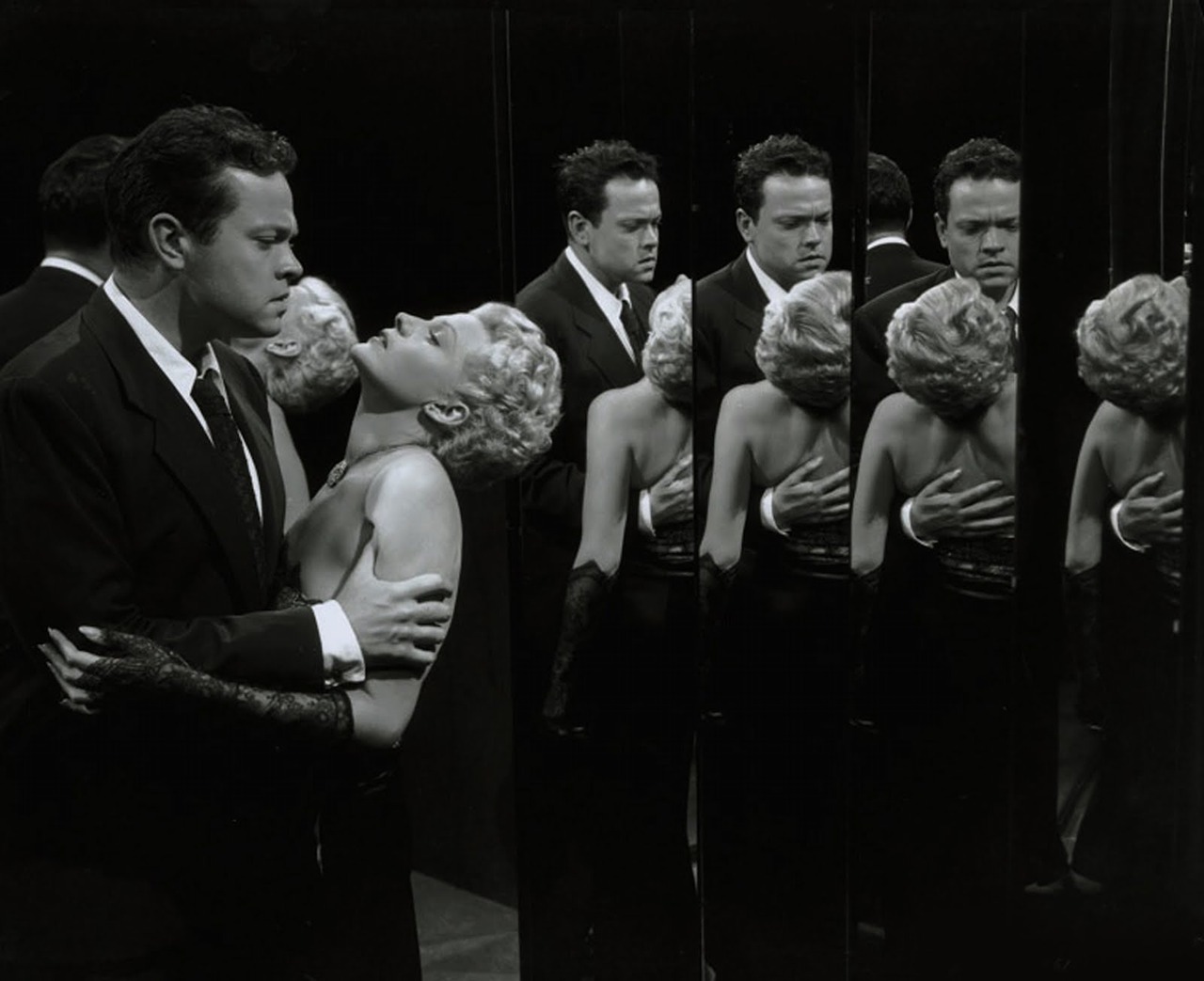 Replace Orson Welles with floppy-haired Keanu and Rita Hayworth with Ruby Rose, and have them knife-fighting, and you’ll get the idea.

The movie ends disappointingly by setting up a sequel, causing most of what we saw to feel like act-one set-up for the true story to come. Yet I can’t say I’m not excited to see John Wick do more of what he does best: kill. As one person yelled in the row in front of me as the credits rolled, “YES! JOHN WICK 3! JOHN WICK’S GUNNA KILL ‘EM ALL!” And killing them all does seem to be what the movie will be about.

I am truly confused by the amount of assassins in this world. It seems by the end’s own implication that almost every walking body in New York is a hit man? Regardless, John Wick will effortlessly kill every last one of them. I don’t think I’ve stressed enough about how much of an invincible god John Wick is, and both the movie and audience knows it. No one is expecting dramatic tension during the fights; we all just want to see how John will fight his way out.

An odd choice of editing reflects this during the middle of the movie, when we see John fight three separate assassins at three different times, yet they are all interspersed together, negating any question of whether John Wick will win or lose. It’s an odd choice that wouldn’t work in many other movies… but in this tale of an empty nobody who only knows how to kill, it makes perfect sense.

The John Wick series is fun and absurd, and it has weird flourishes and wonderful choreography and some good jokes, but it is fundamentally soulless. While the first movie gave the pretense of a man within John — he had a wife and a dog he loved! — this movie strips away and pushes the shadow further into the darkness.

Taking away the limited, yet effective, motivation of the first film, makes John Wick: Chapter Two a worse movie… but in expanding on every other aspect it is also far more enjoyable and gives us — the preening, foaming audience — much more of what we want.

Though I do wonder, will the existential delights of watching a sad-sack with no personality nihilistically kill lose their charm the third time around? At what point will this absurdist reflection of action cinema become just another senseless parade of violence? Or, is that what this already is? Sure, John Wick is self-aware, and fun, and absurd, and ironic, but does that make it any different?

How many times can the mirror open to reveal the same truth before I close my eyes?