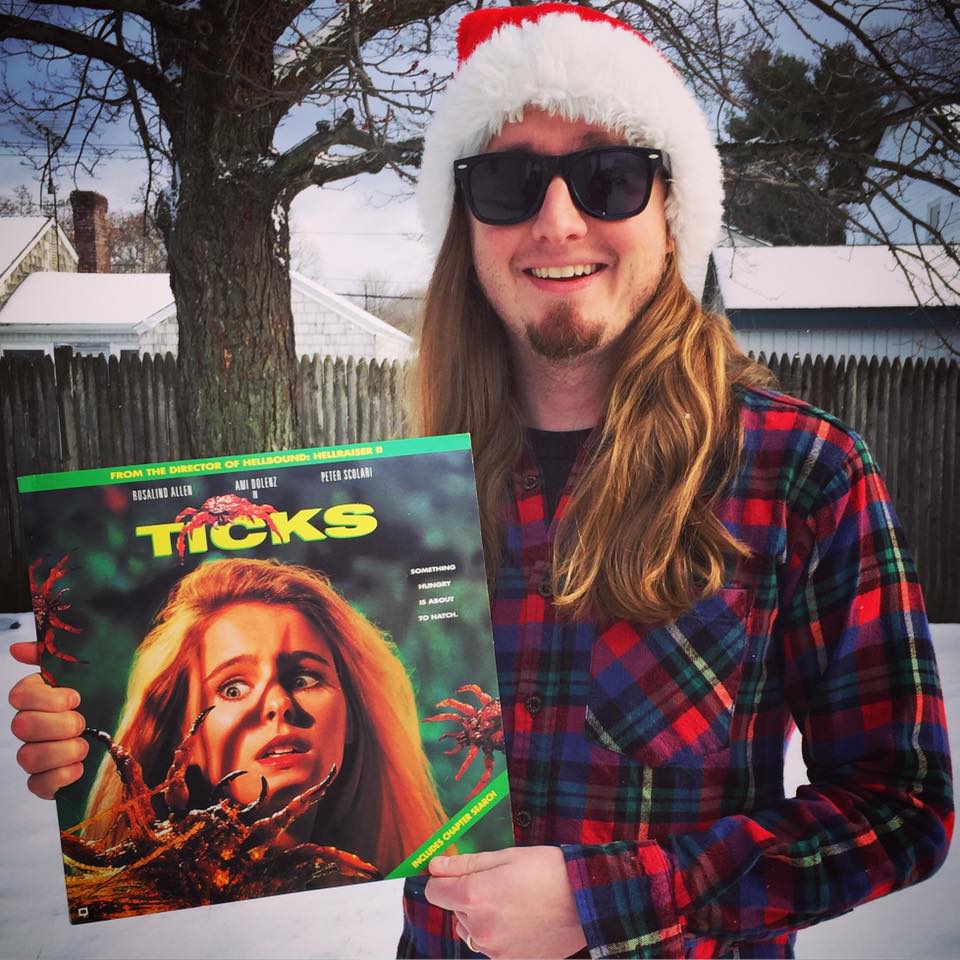 Though perhaps best known as the man behind beloved local cryptid the Boston Yeti, John Campopiano is also one of the Boston area’s most dedicated curators of genre cinema. As a filmmaker, he is the co-director of last year’s documentary Unearthed & Untold: The Path to Pet Sematary, and is currently working on a follow-up about Tommy Lee Wallace’s 1990 adaptation of It. He is also an author, founder of the New England Media & Memory Coalition, and movie collector par excellence. –ed.

As a collector of films on just about all formats for many years, I’d have to say that 2017 was a good year for me. In the past 12 months I’ve been lucky enough to acquire a favorite film on Betamax (a release I wasn’t aware of previously) and the same film on another format I never knew existed at all! In that relatively short span of time, I’ve also stumbled face first into the world of Soviet-era family sci-fi (primarily while researching an upcoming book I’m co-writing with Matt Spry, entitled Creatures For Kids). For me, 2017 will also be remembered as the year in which I finally added a must-have for any cult film enthusiast, and bore witness to the restoration and release of a guilty pleasure I never imagined would receive such treatment. From New Zealand to Canada, Japan to the tick-infested woodlands of rural California, the past year has been fruitful for this collector. So it is with joy– and some healthy hesitation– that I share with you twelve of my favorite film acquisitions of 2017. 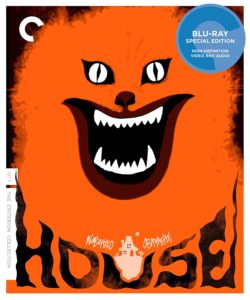 HAUSU aka HOUSE, dir. Nobuhiko Ôbayashi (1977, comedy/horror; Blu-ray. Japan)
Synopsis: A schoolgirl and six of her classmates travel to her aunt’s country home, which tries to devour the girls in bizarre ways. 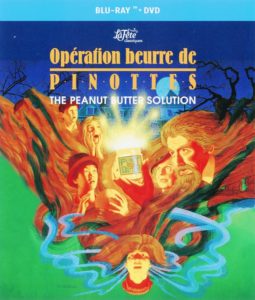 THE PEANUT BUTTER SOLUTION, dir. Michael Rubbo (1985, family/fantasy; Blu-ray. Canada)
Synopsis: Peanut butter is the secret ingredient for magic potions made by two friendly ghosts. Eleven-year-old Michael loses all of his hair when he gets a fright and uses the potion to get his hair back, but too much peanut butter causes things to get a bit hairy. 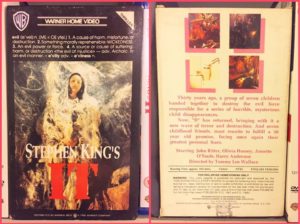 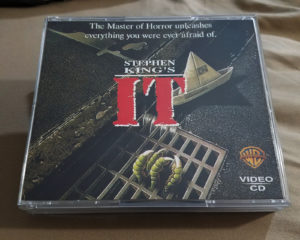 Format notes: Back in the 1980s, as the popularity of Betamax sharply declined in North America and other parts of the world, interest spiked in the Philippines. In 20 years of buying, trading & talking tapes, I had never seen this rare Betamax release. 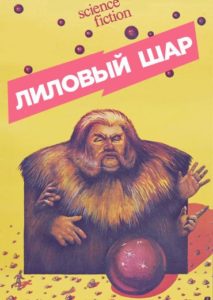 Лиловый шар aka LILAC BALL, dir. Pavel Arsenov (1987, family/sci-fi; DVD. Soviet Union)
Synopsis: Alisa Seleznyova and her father, professor Seleznyov, are traveling in space. They meet their old friend and archaeologist, Gromozeka, who’s just discovered a planet all inhabitants of which have died. It became known that they discovered a virus of hostility, got infected and killed each other. Gromozeka discovers that they had left the virus on Earth 26,000 years ago and the virus is about to become loose. The only chance to save the Earth is to travel 26,000 years back in time–to the time when witches, dragons and magicians lived alongside normal people. 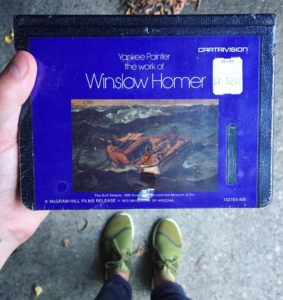 Format notes: Cartrivision, 1972-1973. This pre-VHS format was the first to offer feature films for consumer rental…and via mail, à la early Netflix! Films could be rented from a catalogue of about 200 titles. Rental cassettes (red) could not be rewound, but tapes available for purchase (black) could be. 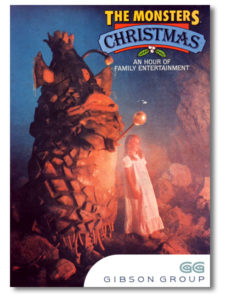 THE MONSTER’S CHRISTMAS, dir. Yvonne Mackay (1981, family/fantasy; DVD. New Zealand)
Synopsis: In her bed on Christmas Eve, a little girl reads an illustrated storybook entitled “The Monster’s Christmas” to her teddy bear, as something sneaks around in the trees outside her window. She hears a noise in the other room and, thinking that it’s Father Christmas, she goes to investigate. Instead, she finds one of the monsters from her book, who has come to find someone to help defeat an evil witch that has stolen the voices of all monsters because they sang better at Christmas carols than she did. 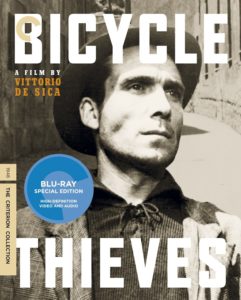 BICYCLE THIEVES, dir. Vittorio De Sica (1948, drama; Blu-ray. Italy)
Synopsis: In post-war Italy, a working-class man’s bicycle is stolen. He and his son set out to find it. 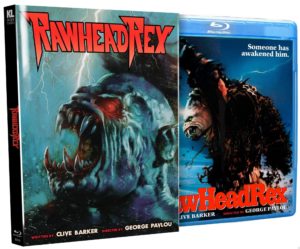 RAWHEAD REX, dir. George Pavlou (1986, horror; Blu-ray. UK)
Synopsis: Ireland will never be the same after Rawhead Rex, a particularly nasty demon, is released from his underground prison by an unwitting farmer. The film follows Rex’s cross country rampage, while a man struggles to stop it. 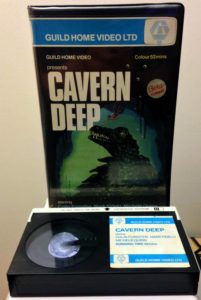 Format notes: Little is known about this obscure made-for-TV film about the infamous monster from the Scottish Highlands. Online and archival records seem to indicate that there exists only this very rare PAL pre-cert Betamax release, which I was lucky enough to find earlier this year. For those not familiar with pre-cert (or pre-certification) tapes, they’re any videotape issued in the UK before the introduction of the Video Recordings Act of 1984. 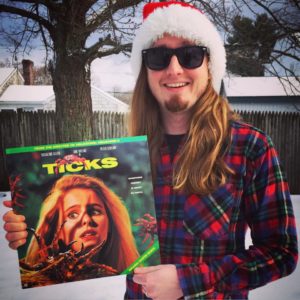 TICKS aka INFESTED, dir. Tony Randel (1993, horror; Laserdisc. USA)
Synopsis: A group of troubled teenagers are led by social workers on a California wilderness retreat, not knowing that the woods they are camping in have become infested by mutated, blood-sucking ticks. 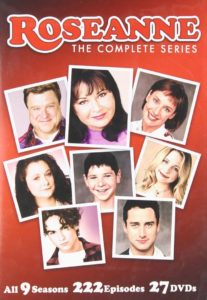 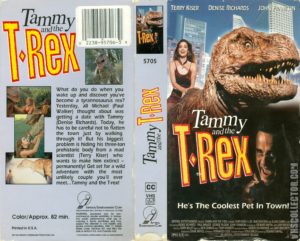 TAMMY AND THE T-REX, dir. Stewart Raffill (1994, comedy/sci-fi; VHS. USA)
Synopsis: An evil scientist implants the brain of Michael, a murdered high school student, into a Tyrannosaurus. He escapes, wreaks vengeance on his high school tormentors and is reunited with his sweetheart, Tammy.

Format notes: This tape has become one of the most sought after within the VHS collecting community. With its mixture of over-the-top dialogue and surprisingly notable cast (Denise Richards, Paul Walker, Terry Kiser, Sean Whalen, and John Franklin from Children of the Corn) it looks as though this little ‘90s oddity will remain a sought-after tape for years to come.