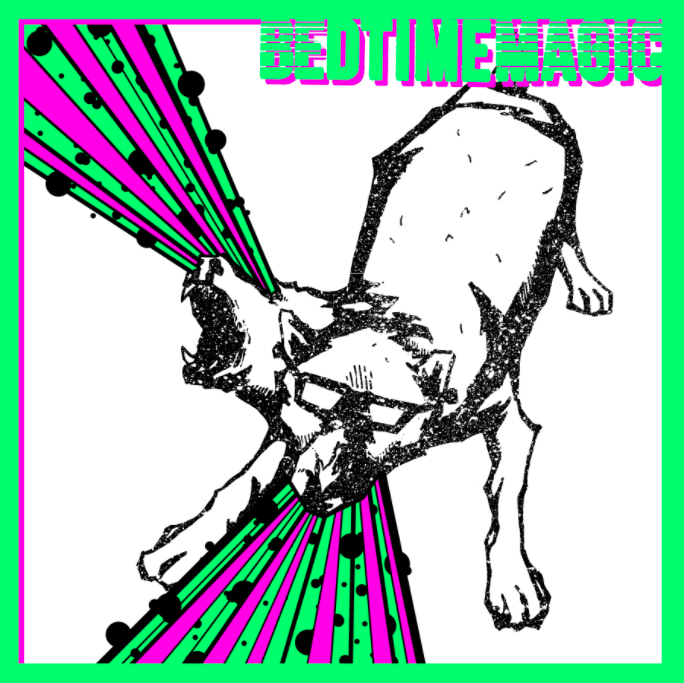 It might not be obvious as to how that would apply to one listener’s perspective upon the second full-length record by Boston’s temerarious duo BEDTIMEMAGIC, but that will become clearer as we discuss.

Forbidden Place Records last week divulged the long awaited vinyl pre-order for “Between The Sheets”, a slim offering of eight tracks that clocks in at a scant 28 minutes. The album had been discussed quite a bit online, through various circles that dip toes into the “noise rock” scene. This type of music has taken its moniker from the use of wild chord shapes, twangy guitars, big bursts of feedback, alert rhythms that seem to go against the grain of traditional fare. Frank Zappa would be proud.

This record was long awaited in that it was originally to be available in 2020. The total work was to be written and released long before last week. The downside, as we now know in the present, is that there was a long pandemic, a time of weird changes and major hurdles. The upside, which we couldn’t have predicted in 2019 when Morgan Berns and Nicholas Pentabona began writing, is this gave the pair a chance to regroup, rekindle, and redevelop the writing that would eventually become this tome. Had we known then what we know now, perhaps “Between The Sheets” could have been a very different record in another life.

We have only one song that should seem familiar amongst the pickings. “Comforter”, a tune that was released as a solely an online demo back in 2016, finally makes a formal appearance in all of its glory. This has been a favorite of mine when I’ve seen BEDTIMEMAGIC perform live. Sadly, it seems they don’t play it as much anymore, but I’ll take this recording as my meager offering and enjoy how lush producer Andrew Schneider and engineer (and from what the band tells me, host to the entire tracking session at his studio The Bridge Sound & Stage) Alex Allinson made this simple ditty feel.

New tracks abound, with slightly longer delights such as “A Wake”, a trudging bull of a tune with harmonic overtones, and “Hittin’ The Hay (Early Risers Club)”, whose titular reference seems to be towards WMBR’s ever surviving radio program. Very large 90° turns travel down the road of “Fitted Queen”, a strange soundscape that lasts an uncustomary seven plus minutes. The song was co-written with Andrew Schneider, so I’m told, and captures its audience with a hailstorm of reckless changes. Pretty gnarly on headphones.

Had I known this record would be as satisfying as its turned out to be, I think I could have waited even longer to bite in. The past, in its odd murkiness, is a betrayal of its moments of existing as future. We’ve lied to ourselves: The grass can be greener on this side. Or pink. Or with two dogs shooting lasers out of their faces…as the cover art portrays.

The album is in its infancy to the world, so be cool and go check it out at the Forbidden Place Records Bandcamp page at the link below. Land yourself a pre-order, and spend 2022 with something to look forward to each day. Let the future become your glistening present.

• BUY THE ALBUM at https://forbiddenplacerecords.bandcamp.com/album/bedtimemagic-between-the-sheets 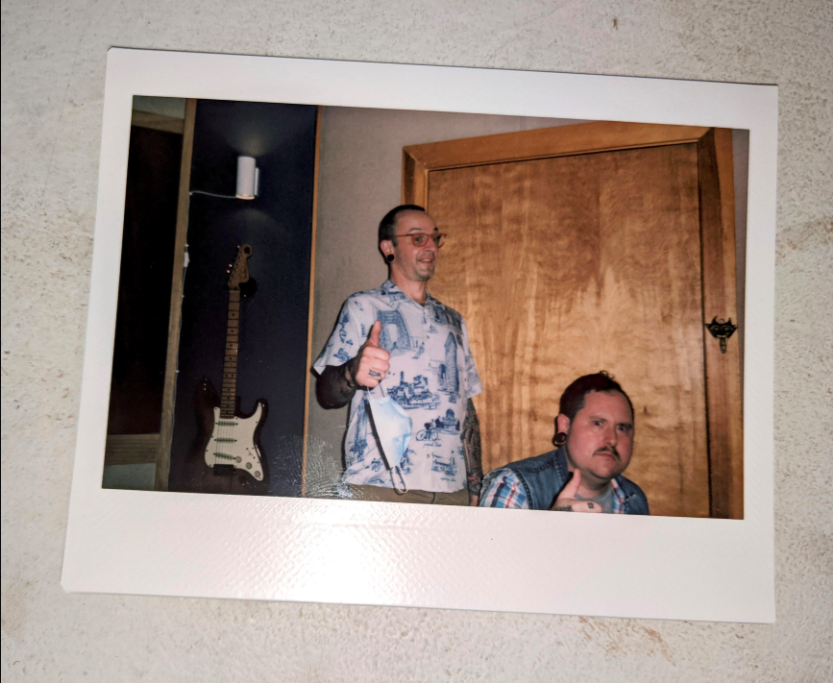 Liked it? Take a second to support Edward Collaron on Patreon!