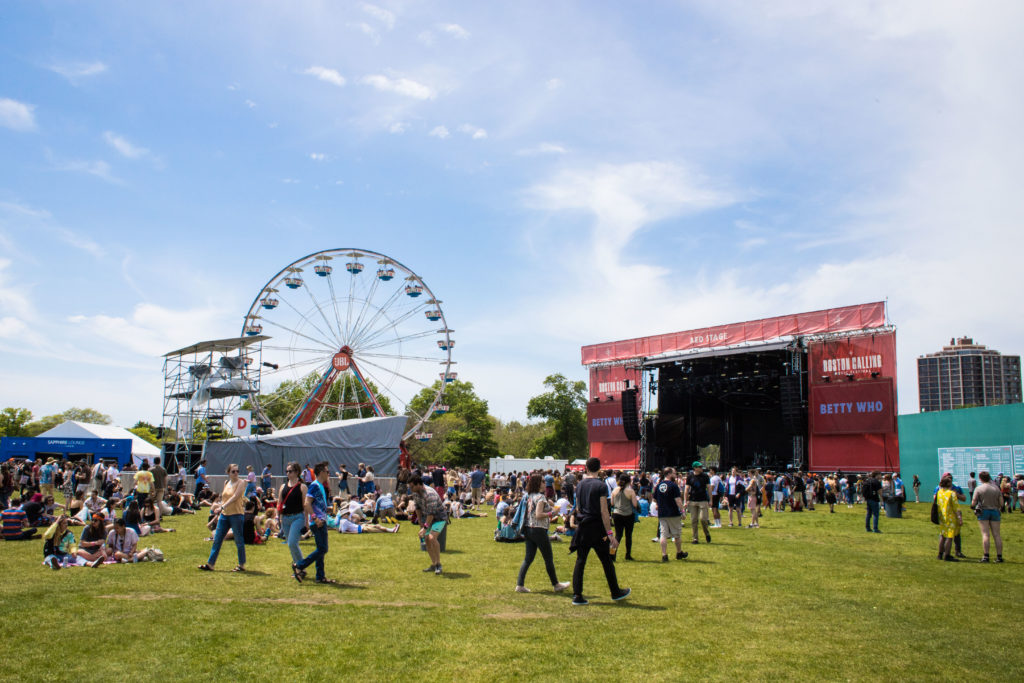 Boston Calling has gained a huge amount of traction in its 6 years: It has moved to a larger venue, more than doubled its attendance, and began to attract more and more nationally renowned acts. What was once a two day gathering that focused on popular indie bands and always showcased some local talent, has now become something entirely different — something almost on the level of some of the nation’s largest festivals. The festival organizers have made clear their intent to make Boston Calling into something bigger and better, and to their credit, they’ve been largely successful so far. However, it’s become increasingly clear that they’ve had to sacrifice much of what made the festival unique in order to do so. Boston Calling is one the only major festivals in the country to bear its host city’s name, and these recent developments beg the question — is it worthy of it?

For starters, the festival’s commitment to the local scene has been lackluster to say the least. Many earlier iterations of the festival boasted two to three local bands that weren’t already nationally renowned. This year’s featured (arguably) only one, Sidney Gish. That’s not to say she was the only Boston talent at the festival — indie rock band Pile put on an energetic set to a crowd of many locals, and the Boston Ballet opened each weekend day with an impressive performance that was wholly unique to the festival environment. But aside from Gish, the festival gave no support to artists that were completely local, which is upsetting given that their platform is capable of providing a huge boost to musicians that really need it. Additionally, all of the Boston-associated bands were rock or pop artists — not one local hip hop act made its way onto the bill, especially disappointing considering the rising prominence of the genre in the city’s music scene. 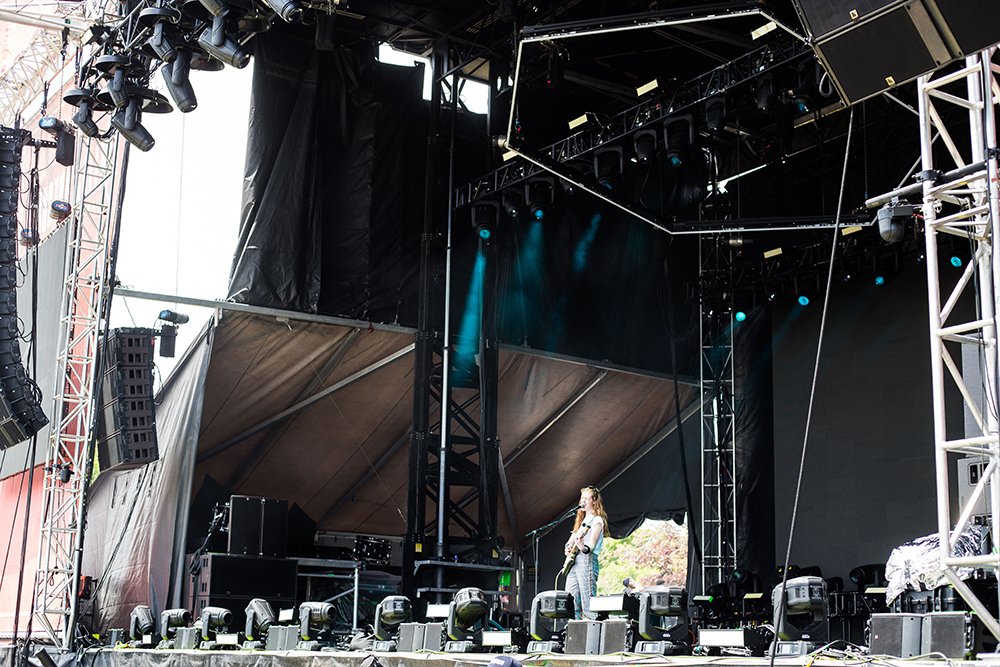 Sidney Gish takes the stage to kick off Saturday

Beyond the lineup, the move to the Harvard Athletic Complex seems to have sucked a bit of the Boston soul out of what was once a very unique hometown event. Sure, the open fields in Allston allow for much more space (and arguably, better acoustics than the concrete jungle that is City Hall Plaza), but they also remove festival goers from the feeling of being in Boston. Those fields could be anywhere, and there really wasn’t much there to indicate otherwise. The musicians were national acts, the sponsors included international corporations, even the craft beer tent served brews from San Diego’s Mikkeller Brewing, rather than any of New England’s renowned breweries. It felt like a distillation of the most prominent elements of the current festival scene — fun, sure, but severely lacking in character.

This all begs the question: does the assertion of my title matter? Does a festival using Boston’s name need to represent the city? Or is it enough to have a fun environment where New England residents can drink a Miller Lite and catch a Tame Impala set? It seems opinions of both festival-goers and artists are split.

I chatted with a variety of festival goers on Sunday, and there was definitely a common theme: most of them were there to see Travis Scott, maybe Sheck Wes, and did not listen to any New England artists. While it’s certainly not a standpoint I agree with, these people appeared to be in the majority at the festival, and I imagine that Boston Calling gave them exactly what they wanted: an opportunity to see some of their favorite artists that don’t come to Boston frequently and aren’t cheap when they do. And seeing how many of these people there were, it’s hard to say that the festival wasn’t a success. With that being said, the sentiment wasn’t unanimous. There were a few people I talked to that were into the local scene, and more who weren’t familiar with it, but thought a festival like Boston Calling would have been a great way to learn more about it. It’s hard to imagine why the festival couldn’t have pleased both camps, and this feels like a missed opportunity that it didn’t.

Members of Boston’s music scene also had divisive opinions on the festival. In what was arguably the highest profile response to the lack of local talent, rapper Cliff Notez and his collective Hipstory organized Boston Answering, a counter-festival to showcase local talent with a focus on hip hop. Cliff Notez explained his reasoning for organizing Boston Answering in an article for WBUR. The article calls out Boston Calling and pushes forward the notion that the festival isn’t for the people of Boston, and its organizers have done the city’s music scene, especially its hip hop artists, a huge disservice by not giving them the platform that it could have. Furthermore, the argument can be made that Boston Calling follows trend with years of institutional racism in the Boston scene that have made it more difficult for black artists to perform at many of the city’s most important venues. Looking at this years lineup, it’s easy to see Cliff Notez’ point.

Of the festival’s meager selection of local acts, all of them are white, and none of them are hip hop artists. Attempts to address this issue have been made in the past: last year’s lineup featured both Cousin Stizz and STL GLD. But what looked like a step in the right direction may have been a false positive if this year’s lineup is any indication. Given the power and influence a festival like Boston Calling has, it’s certainly disappointing to not see them use it to combat one of the most important issues in the local scene. 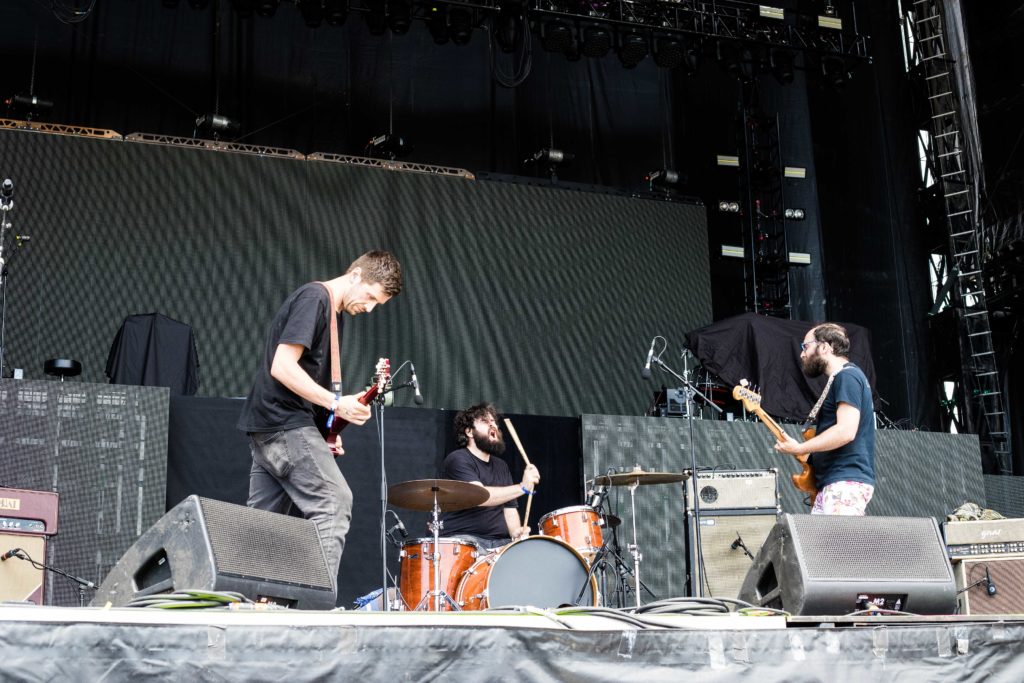 Boston band Pile put on one of the best sets of the festival.

On the other end of the spectrum, Pile, one of the few local acts that did have the opportunity to play, had a seemingly positive experience. While speaking with the Hassle, frontman Rick Maguire shared some the story behind their appearance and some opinions on the fest. Pile doesn’t typically play festivals and isn’t playing any more on their current tour but was reached out to by the festival, a reassuring symbol of at least some dedication to Boston music. Maguire also recounted being happy to sign on and having an open mind towards Boston Calling, despite remarking that “an argument to establish a connection to the local scene would be pretty strained”. He’s correct on that front, but the band’s decision to play anyway given their background raises an interesting idea: maybe Boston Calling and the local scene can simply exist separately. Do local musicians need to actively oppose Boston Calling, or can they simply ignore it, and take the opportunity to play when and if it arises?

All things considered, it might simply be unrealistic so expect such a large, national, and for-profit festival to meaningfully support local art. We can certainly hope for a Boston Calling to do more, but at the end of the day, that’s never going to be its mission. For a festival that does such a good job giving Bostonians a chance to see artists they love, maybe that’s ok. But for a large and influential music event that bears the name of a city with such an active, varied and vibrant scene, it’s certainly reasonable to expect more.