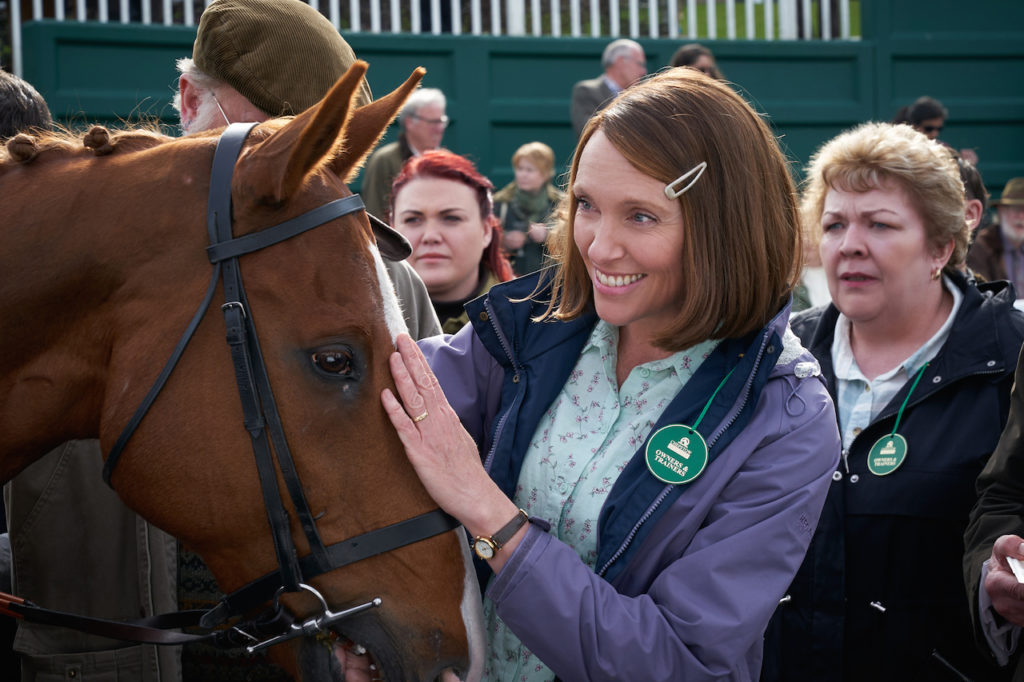 As the Hassle’s own Anna Hoang pointed out just last month, Toni Collette is one of our most vital actresses working today, able to nestle into genre films and indie dramedies alike. But perhaps the miracle of Collette’s work is how easily she allows you to forget you’re watching Toni Collette. It’s not that she disappears into her roles, per se— there’s no mistaking that harried, thousand-yard scowl– but when you’re watching her act, it’s remarkably easy to divorce the Toni Collette character in front of you from Toni Collette characters past. Going into Dream Horse, the charming new film from Euros Lyn, I was positive that the film’s feel-good horsie vibes would be overshadowed by memories of Collette’s towering, nerve-shredding performance in Hereditary. Within seconds, though, I was sucked in: like every Toni Collette that has so far appeared onscreen, this Toni Collette is a fully self-contained entity.

The Toni Collette in Dream Horse is Jan Vokes, the put-upon heart of a threadbare village in Wales. Jan’s life is not without its accomplishments– in her youth, she bred prize-winning whippets and pigeons– but she’s currently stuck in a rut, with an empty nest and two jobs to support her arthritic husband. One night, at the pub where she moonlights tending bar, Jan spots retired racing syndicate leader Howard Davies (Damian Lewis), and comes up with a harebrained plan: she, along with a motley assortment of colorful locals, will form a syndicate of their own and breed a communally owned racehorse. At first, her friends are skeptical, but Jan’s enthusiasm is infectious, and eventually draws in Davies himself. Naming their new foal Dream Alliance,* the townspeople soon find themselves the talk of the racing circuit, and slowly remember what it was like to have dreams in the first place.

It’s fitting that IFFBoston happened to program Dream Horse on Mother’s Day, and not just because Collette played one of the most infamous movie moms in recent memory. Just as films like Ford v. Ferrari and Sully can be colloquialized as “Dad Movies,” Dream Horse is the quintessential Mom Movie. The lovable oddballs of Jan’s Welsh village would be perfectly at home in any of the quaint prestige Britcoms that air leading up to Masterpiece Theatre. Jan’s spirit and heartfelt defense of her dreams are tough not to get wrapped up in, and anyone who’s ever gone out on a limb for something outlandish will likely find something to relate to. Even the smattering of pop culture references– a joke about running into Andrew Lloyd Webber in the restroom, a cameo by Katherine Jenkins as herself– seem tailor-made for the motherly crowd. There’s a good chance you’ll never need to seek out Dream Horse yourself; odds are it will be playing on the TV the next time you visit home. 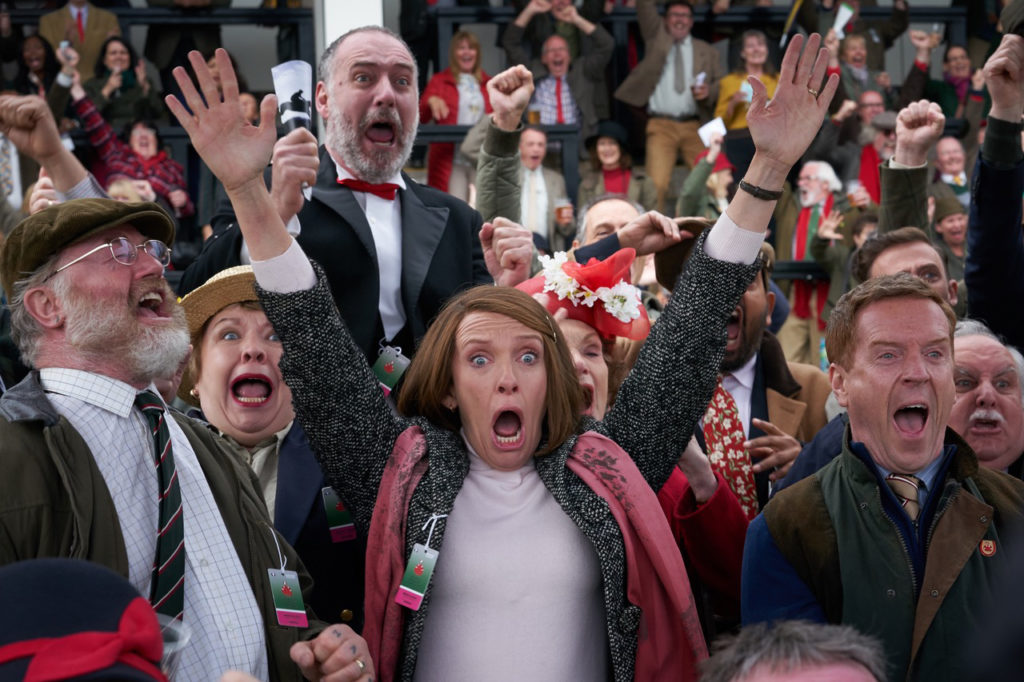 Dream Horse would probably be insufferable if it any point felt like it was disingenuous– one cynical manipulation or hackneyed plot contrivance and it would topple into Hallmark Original territory. Thankfully, Dream Horse may be the single most earnest film I’ve seen in the past decade. There is not an ironic or mean-spirited bone in this film’s body, and the rudeness of its humor never rises above “incorrigible.” This is just a nice movie about nice people raising a nice horse, and if you find yourself sneering at that, well, this movie simply isn’t made for you.

All that being said, Dream Horse isn’t entirely soft edges. The racing sequences, in which Dream Alliance proves his mettle against the horses of high society, are genuinely taut and exciting. I know less than nothing about horse racing (the technical jargon thrown around in this film is, for me, even more impenetrable than the Welsh accents), but the races are shot so that even an equine layman like myself can easily understand both the standings and the stakes. There were moments, as we see the horses’ hooves and bellies graze against the tops of the hurdles, that I found myself genuinely worried about Dream Alliance. Deep down, I knew nothing too bad would happen– this movie’s too nice for that– but the realization that I had become so invested in this silly horse movie surprised me, and speaks to the heart on display.

Make no mistake, this is a fluffy little piffle of a movie, and if you’re not constitutionally predisposed to such highly concentrated levels of sweet you may find yourself plunged into diabetic shock. If I came to Dream Horse in the wrong mood, on the wrong day, it’s entirely possible that its unfailing cheeriness might have driven me straight up the walls. As it stands, I saw it in the comfort of my own home, over a home-cooked meal and a cup of tea, and in that context, I was thoroughly charmed. If you’re in the market to be soothed for a couple of hours, you could definitely do worse. And if you’re looking for something to do the next time you see your fully vaxxed mom, it’s practically a pre-wrapped gift.

* – As a former record store clerk, it is incredibly hard for me to convince myself that the name of the syndicate’s horse is Dream Alliance, and not Dream Syndicate. Please be gentle if you notice any typos.