Through Boston’s Game Over Books comes I Wish I Wasn’t Royalty, interactive poetry printed on a set of standard playing cards (2.5 inches x 3.5 inches). Within the deck, each card features a single line of a poem written by one of the four featured poets (Lyd Havens, John-Francis Quinonez, Taylor Steele, and Jaz Sufi), in addition to a corresponding illustration by poet-illustrator Catherine Weiss. Each of the four poems corresponds with one of the four traditional suits, so placing the suits in order reveals the 13-line poems from beginning to end, (but the cards also work as a functional deck, making any regular card game possible).

What makes the collection even more powerful, though, is that each poem speaks to the poet’s experience with one of the two extreme mood states associated with bipolar: mania or depression. By nature of the deck, each line can stand alone, can be combined with the rest of the poem/suit, or can be switched around with other suits to create almost endless combinations, constantly in flux as one plays. This mimics the poets’ lived experiences with bipolar by revealing surprising juxtapositions and apparent contradictions, and reminds reader-viewer-players that no two individuals experience this illness the same way. Different combinations of cards mean that words and feelings literally get shuffled.

Currently, Game Over is seeking help from the community so the game, and the discussion, doesn’t have to be over. Since the first run of cards was so popular and sold out during pre-orders in November 2020, they have set up a Kickstarter to fund another print run. As of now, they are halfway to their goal ($2500), but would always appreciate the generosity of interested readers.

Recently, I asked artist Catherine Weiss and poets John-Francis Quinonez and Lyd Havens about how the project came to be and what it was like combining art forms.

Boston Hassle: How did this project come to be?

Catherine Weiss: I was a poet, and pretty new to visual art. I developed the card deck idea in September of 2018, as a project for me to learn how to use Adobe Illustrator. I was definitely hypomanic in the development process, which put me in mind of bipolar disorder being a key feature of the project. The idea got bigger and more concrete over the course of a few days, and before I knew it, I had put a call out on Facebook for four bipolar poets who would be willing to write or contribute 13-line poems for the deck. There was interest right away, and so I had to figure out what I was doing art-wise on the fly.

Lyd Havens: If I remember correctly, Catherine made a post on Facebook in late 2018/early 2019 that basically said, “Hey, do any poets with bipolar want to be a part of a cool project?” And I responded with a resounding, “Hell yes I do.” From there, they asked each of us to send a short poem about either manic or depressive episodes. A few years prior, I had written a poem about how draining and almost terrifying mania is for me, and it happened to be just about the right length. Catherine sent me various drafts of the illustrations throughout the next year or so, and it was absolutely thrilling. Next thing we knew, Game Over Books had picked it up to make it a reality! 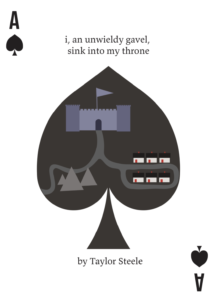 BH: How did you decide which illustration would fit on which card?

CW: I had actually already pitched the card deck concept to Game Over Books before I landed on the concept of illustrating landscapes for each poem. Once I hit on that organizing principle, I looked at the mood of each poem as a cohesive unit to determine what its world would look like. Lyd’s poem has expressions of mania that felt like an iced-over landscape, for example — frosted, dangerous, beautiful. Taylor’s poem about depression felt subterranean and self-contained, like an underground suburb. Once I had all the landscapes in mind, each with their own color scheme and visual language, I could start exploring, drawing from the imagery of each line to create a piece for its card. Some illustrations are more literal than others, but they all were directly inspired by their line of poetry.

BH: There’s an extant stereotype of artists and poets as living with various mental health conditions. How does your card game poetry fit into this or disrupt this narrative?

CW: I didn’t really think about the stereotype of artists and poets having mental illness when I came up with the idea. I just wanted to make a thing that was cool and that reflected a big part of my identity as an artist, poet, and human being.

John-Francis Quinonez: For me, the profound experience of this project is being able to Play against Isolation. Mental Illness often pits one up against the feeling of, “Oh god, this must only be me,” but a deck of cards is inherently collaborative. Even if you are playing a game of solitaire, you are intermingling all of our “solitary” (honest to Gawd I didn’t intend to make a joke) narratives into these new stories and, as they shift, they are reflecting back to you, the player. New poems and moments are created across many hands.

LH: People who have never struggled with mental illness may not realize what a hindrance it can be on the writing life. If there’s a period where I can barely get out of bed and feed myself, what makes you think I’m writing decent poems while I’m like that? The misconception that it somehow makes you a “better” writer has always been baffling to me for that reason. I love that this deck banded together five artists who have endured in ways that are both different and the same — and now that the deck is out in the world, that camaraderie can blossom and expand even further. It’s a very lonely thing to be mentally ill, even if you know deep down that you aren’t alone in it. So, I hope the deck can help in reminding folks who have similar struggles that they aren’t alone, and can potentially help others think about how they might have contributed to the stigma, and what they can do to be more intentional and compassionate about it. 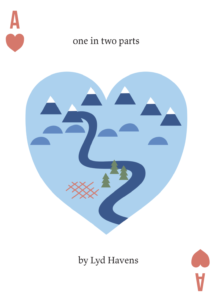 BH: With seemingly endless combinations and opportunities for readers of the poetry, what do you hope they take away from your cards?

CW: I think media can be reductive when it presents what it’s like to have bipolar disorder. It’s not just “highs and lows,” and it’s different for different people who experience it. My favorite thing about I Wish I Wasn’t Royalty is that the overall effect is complex. You’re getting multiple layers of metaphor, with the images and the words being jumbled together, card after card. It’s much more like, ‘what it’s like to be a human being with extreme mood states’ than just, “Oh, depression means you’re blue.””

JFQ: There’s something deeply soothing about that, and in these times, makes me feel closer to my peers who worked on this project and to other folks out there playing. It gives me the power to shuffle an otherwise unmoving feeling.

BH: How do you see the poems from the different suits interconnecting? Did all of you collaborate at all while writing them?

CW: I think two of the poems were adapted from longer works, and two were written specifically for the deck. Initially, my idea had been to have two “manic” poems and two “depressed” poems, but it ended up being impossible to categorize the works in those simplistic terms, and I think the final product is so much stronger for that.

JFQ: How Catherine’s work responded to our writing alone was such a wonder. I am deeply honored to be included.

BH: Why do you think these cards have been so popular?

CW: I think people like it because it’s unique! I haven’t seen a project quite like this anywhere before — a cohesive poetic collaboration as a working deck of cards. I’ve been really grateful for the support from Game Over Books and all the people who have supported the Kickstarter and purchased a deck so far.

LH: First and foremost: it’s a nifty idea! Catherine is always pushing the art forward and thinking of new vessels and veins for poetry. Like poetry, playing cards are also a great way to bring people together. Combining the two is a lovely, very cool thing.

Make sure to check out the full project and contribute to their Kickstarter here. Additionally, read Boston Hassle writer Jess Bond’s interview with Game Over Books here. 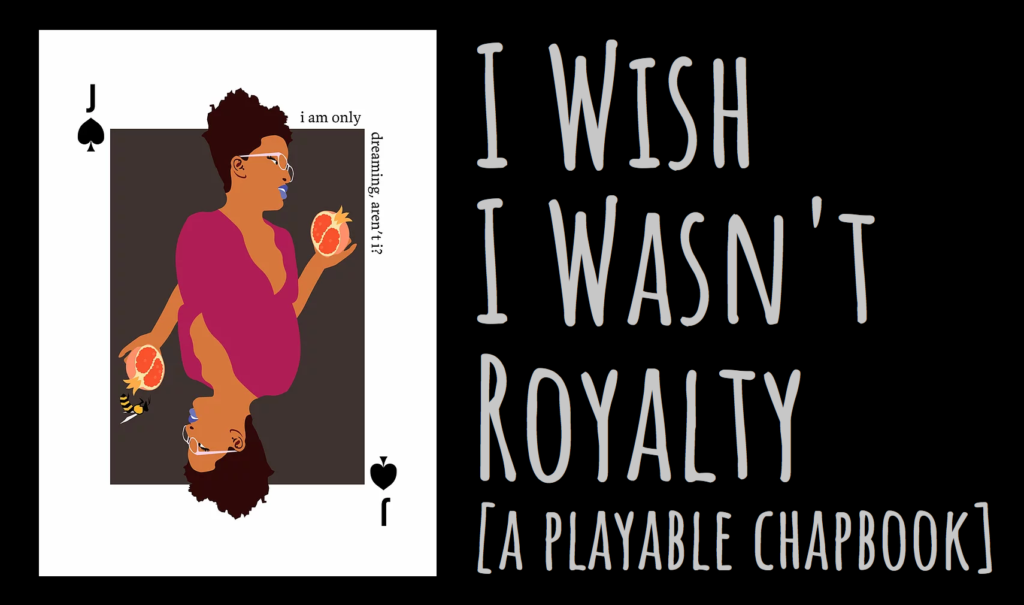