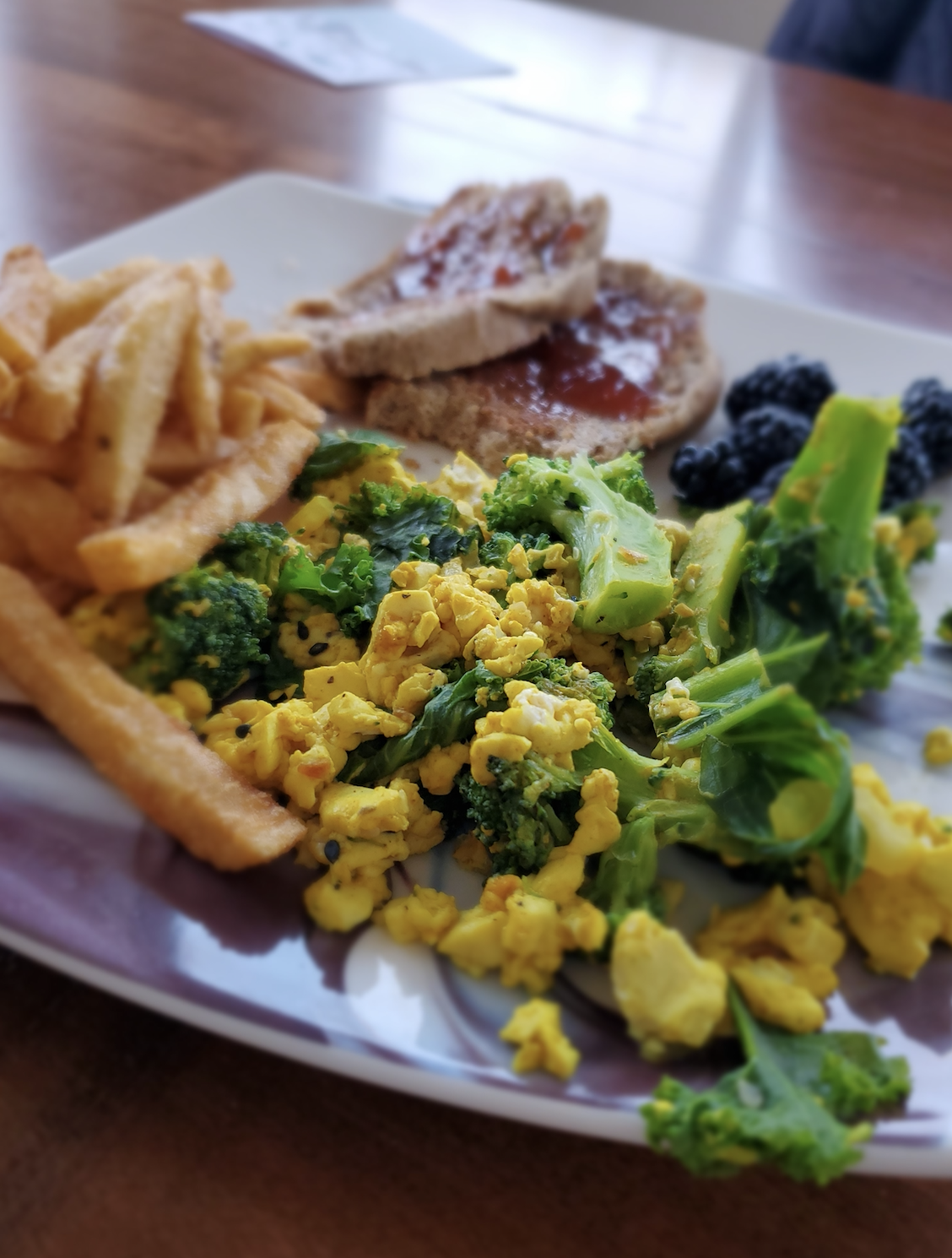 I’ve been teetering on the edge of veganism for over a year, so I decided for my New Years Resolution I was going to take part in Veganuary. Veganuary is a great way to try veganism to see if it’s right for you. I wasn’t alone. Over 600,000 people signed up worldwide to participate in Veganuary and go vegan for the entire month of January. Although I didn’t officially sign up on their website, my goal was the same – eat a diet that was void of all dairy and other animal products. Although I almost faltered a few times, I’m happy to report that, while eating vegan for 31 days, I learned a lot about myself- just not the things I was expecting.

Upon going vegan, I had this grandiose notion that I was going to lose five pounds, start eating clean, and decide at the end of the month that I would remain vegan well into February. Maybe even March! Prior to January 1st, although I never calculated the exact percentage, I like to think I ate about 90% vegan foods on any given day – having replaced dairy milk with almond milk; butter with plant-based butter; and silken tofu for eggs a long time ago.

All of my Christmas cookies last December were vegan. When making tacos I use salsa instead of sour cream and nutritional yeast to replace cheese. Even my protein powder was certified vegan. The only times I really did eat dairy products were when I went out to eat or had the occasional bowl of cereal. It was safe to say I was going to kick this challenge’s ass and gain a whole new perspective on life.

As I reflect on Veganuary, I can safely say that now I am older and wiser (my birthday was January 23rd, so technically I am a year older.) That girl that was full of life on January 1st, looking ahead to all of the wonderful new foods she would try, and the new lifestyle that would surely stick…has now been replaced by me: a jaded woman who doesn’t understand why milk powder is in EVERYTHING.

My first temptation came on January 1st when I went to my in-laws for dinner. On the menu: takeout from a local Italian eatery. Lesson #1 that every vegan everywhere already knows: Italian food is not your friend. Sure you may think pasta and red sauce is safe, but take it from me. Always check with the restaurant. Lots of fresh pasta has egg in it, and apparently some restaurants put butter in their red sauce. So it was a salad for me – with no cheese and dressing on the side. Of course when it arrived it had both cheese and dressing on it. The cheese was given to my husband who graciously accepted it. Disaster averted. 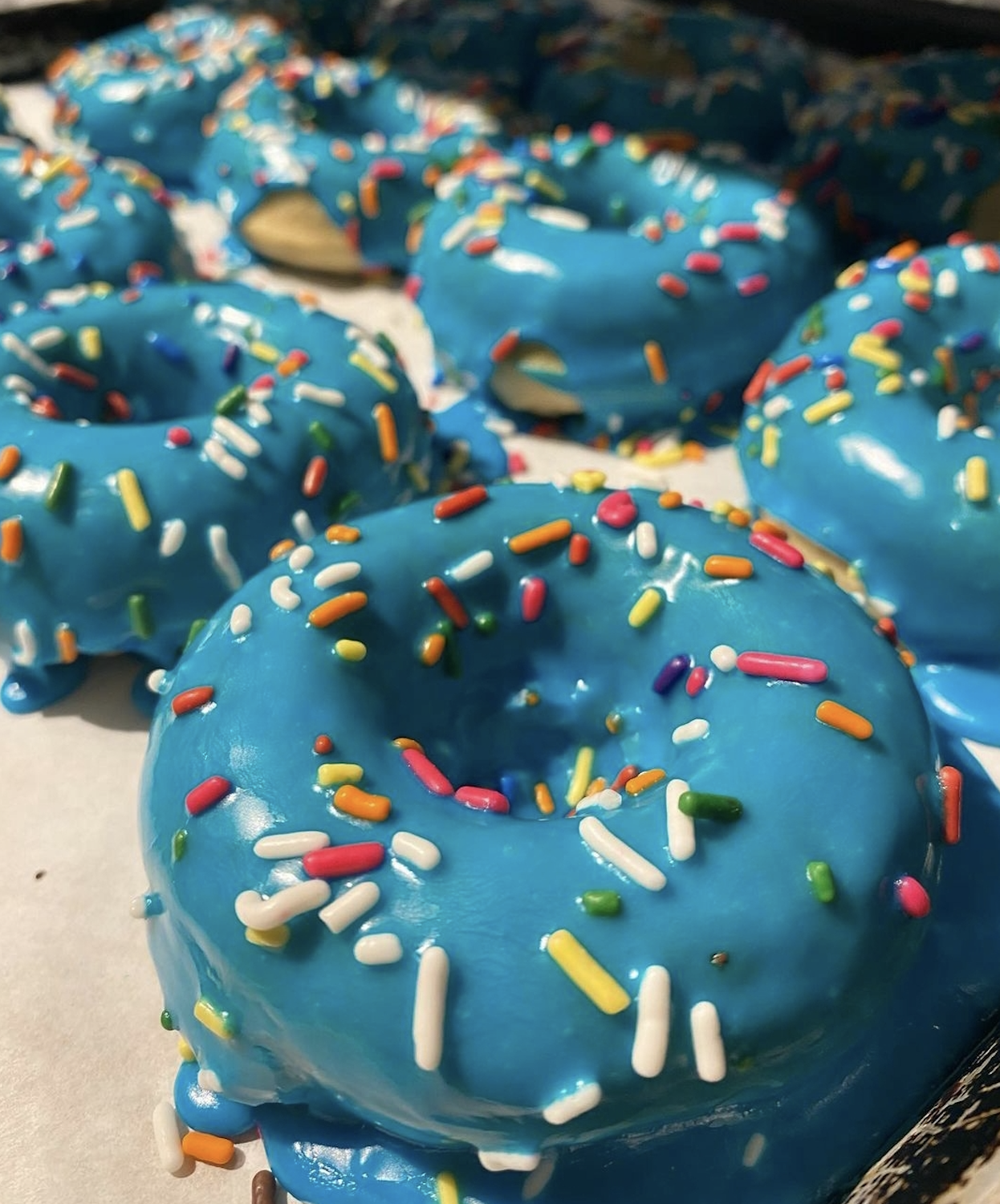 The first week I relied a lot on processed veggie protein like Gardein Breakfast Saus’age, Trader Joe’s Chicken-less Tenders, and my protein shakes. Because I couldn’t really find many vegan desserts I made a lot of homemade desserts like cupcakes and cookies. Plant.Well’s vegan blondies came in clutch. Melting Enjoy Life’s Semi-Sweet Mini Chocolate Chips over them was a game changer.

By week two I tried to incorporate plant-based proteins like tofu, tempeh, beans, and seitan. Breakfast usually consisted of a Gardein Breakfast Saus’age and a tofu scramble with turmeric, Trader Joe’s Everything But the Bagel seasoning, and lots of veggies. Sometimes it would be accompanied by fruit or a slice of homemade sourdough bread. But eating vegan at home was never my problem. It was always, what happens if I’m not home? Lesson #2 that every vegan everywhere already knows: The most unlikely places have vegan options. For instance: Dunkin Donuts. When modified, their Beyond Sausage Breakfast Sandwich is vegan (just ask for no egg or cheese). And out of all places, Unos has a vegan pizza – which isn’t half bad.

Prior to trying Veganuary I already followed some vegan influencers on social media like Tabitha Brown (@iamtabithabrown), and Joanne Molinaro a.k.a The Korean Vegan (@the.korean.vegan). In my attempt to try new vegan foods and recipes I discovered George Lee a.k.a Chez Jorge (@chez.jorge), who awoke in me a new-found love of ramen, and Todd Anderson a.k.a Turnip Vegan (@turnipvegan).

I made it a point to order take out once a week from a vegan restaurant – or at least order a vegan option at a restaurant that wasn’t strictly vegan. Lesson #3 that every vegan everywhere already knows: Ordering vegan items at a restaurant–whether they’re strictly vegan or not–goes a long way. Eventually word will get out to other restaurants that vegans like delicious food (imagine that!) and are willing to shell out money for good vegan food. I went to my old haunts like Taco Party (LOVE their fried tofu tacos) but tried other places like Blaze (they have vegan cheesy bread and vegan pizza toppings), Zhu Vegan Kitchen, and Papa Nachos, a delivery-only pop-up by La Posada Restaurant . For my birthday, I opted for baked goods from Jennifer Lee’s Bakery. While she has brick-and-mortar shops in Worcester and Boston, she so happened to deliver to my area a few days prior. I think about her chocolate chip cookie often, and is also a great option for anyone with allergies. She doesn’t use the top 10 allergens in her baked goods which means they’re soy-free, dairy-free, gluten-free, and nut-free (but please check with her before placing an order). 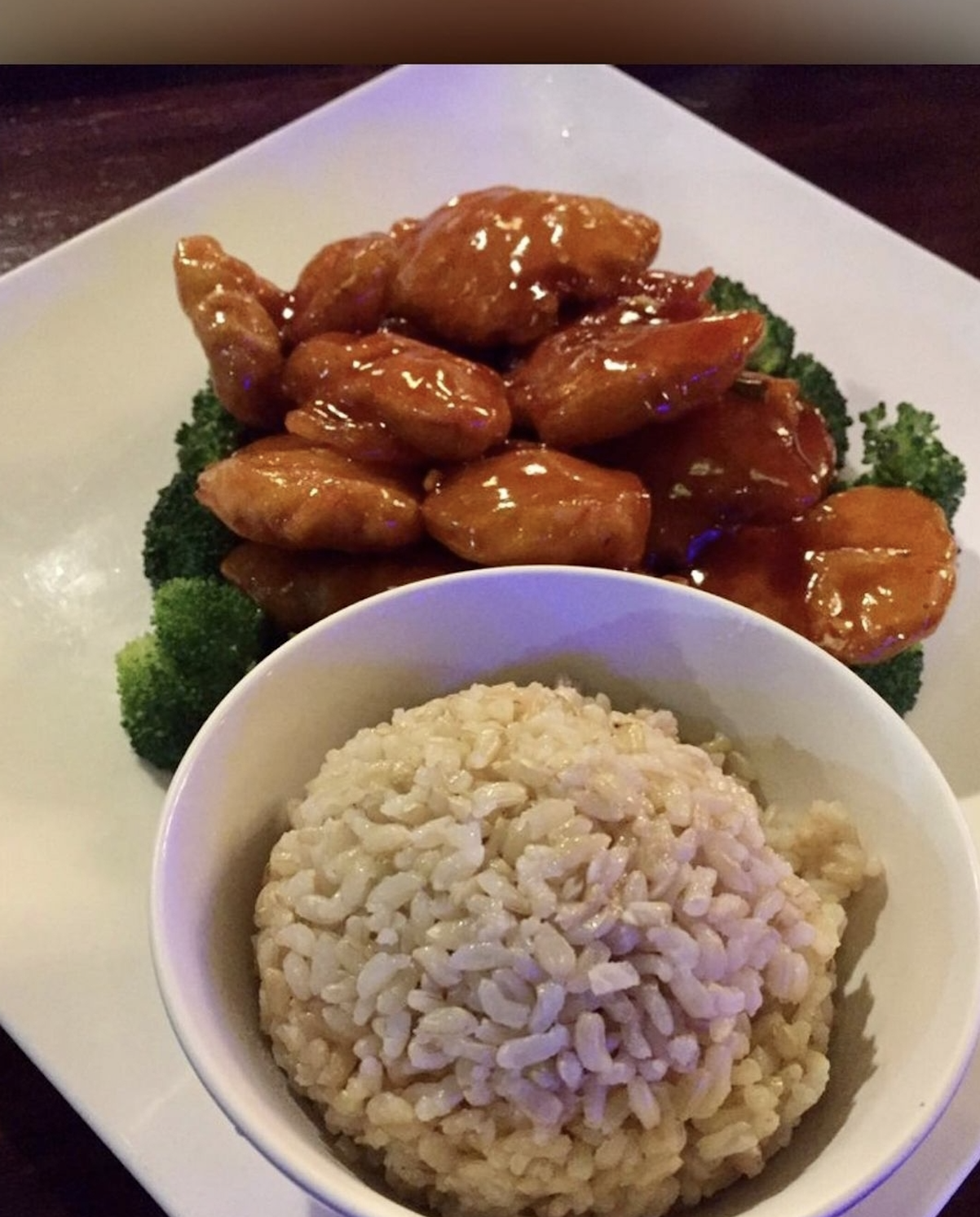 I definitely struggled about halfway through. I started craving pizza (which I would normally only have once a month), cereal (most cereals are not certified vegan), and milk chocolate. It seemed like everything I picked up at the grocery store that sounded appetizing, or I presumed would be vegan, contained egg or milk products. Veganuary started becoming a chore.

I spent a lot of weekends in 2020 taking mini road trips around the Greater Boston Area to try vegan restaurants and bakeries. I looked forward to my road trips and in the process discovered great vegan restaurants like Taco Party, Littleburg, and Rhythm ‘N Wraps. Even though I wasn’t ready to fully commit to the lifestyle, it was a way for me to support the vegan community and thank it for its contribution to the environment, animal rights, and overall health. Which brings me to Lesson #4 that every vegan everywhere already knows: People become vegan for different reasons, at different times of their lives. I could feel defeated that I couldn’t wait to go back to eating dairy on February 1st (shout out to that delicious vanilla frosted donut from Dunks) or I could still make small improvements when it comes to eliminating dairy products from my day-to-day.

For some people participating in Veganuary – it may be the highlight of their year – a stepping stone to a new lifestyle. By solely eating vegan foods – they may realize that they don’t need to eat dairy and completely eliminate it from their diets. Unfortunately, that didn’t happen for me. The second you tell me I can’t have something, I want it. It will be all I think about until I get it. That’s what happened in January. Like I stated earlier I don’t crave dairy products on a regular basis. If I’m craving a slice of pizza for lunch today, I may pick a vegan option because I know I can always have a slice of pizza for lunch tomorrow. So if you’re stubborn like me – I would suggest picking one or two days a week where you eat strictly vegan – breakfast, lunch, dinner, and dessert (can’t forget the dessert). That way you can slowly incorporate vegan foods into your diet and find substitutes that you enjoy for meat and dairy. Who knows maybe those two days turn into three, four, five days and before you know it you’re eating vegan for a majority of your meals.

Now excuse me as I go heat up the Amy’s Vegan Margherita Pizza that’s in my freezer.