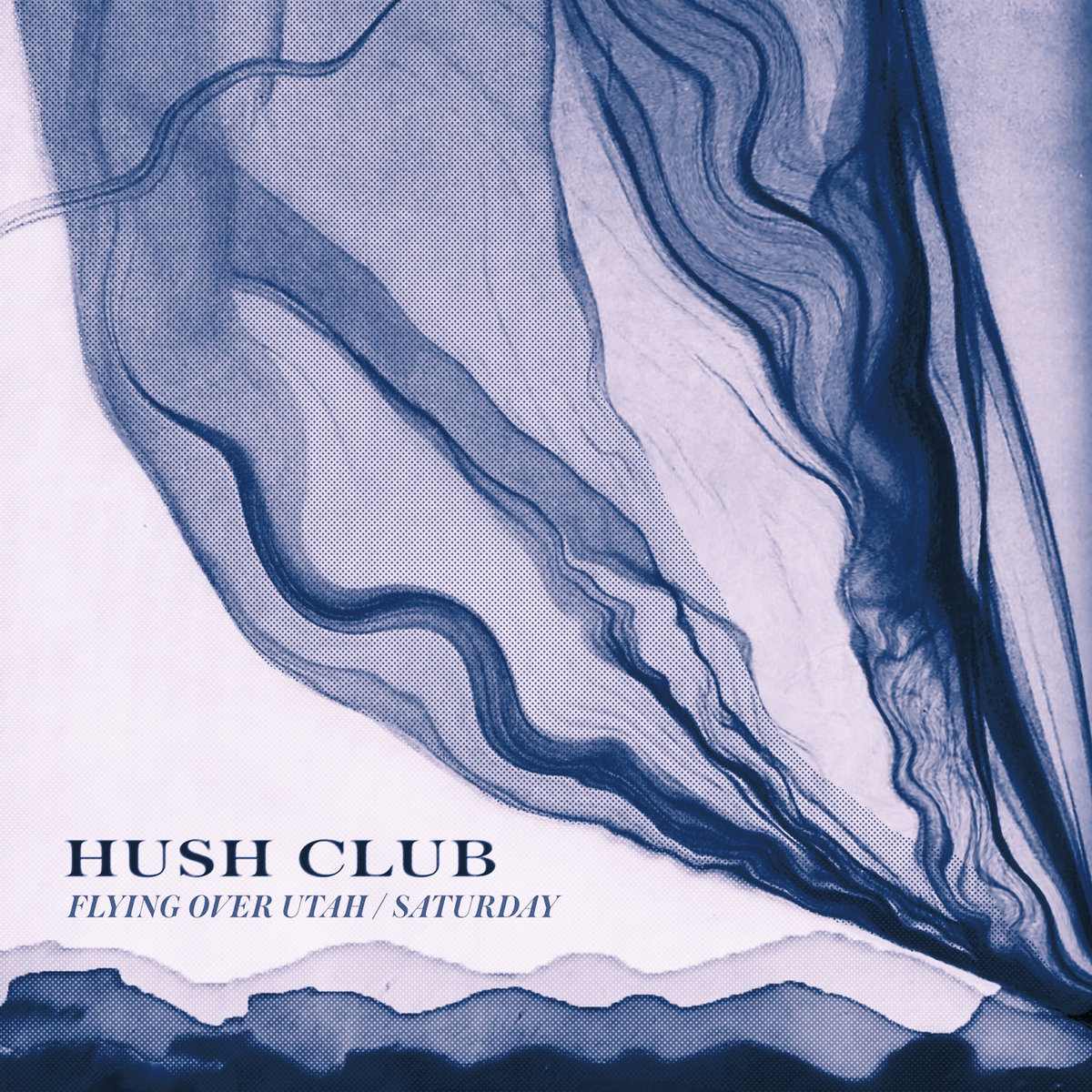 Hush Club, a group of college friends consisting of Alasdair Mackenzie, Liz Kantor, Chris Haley and Ben Curell, have hit the ground running this past year with a self-titled full-length debut, 2 singles and spectacular live EP. They have decided to kick off 2020 with 2 more singles that showcase this same level of ambition and even further progression.

“Flying Over Utah” starts us off with an almost march-able drum pattern, building us up to bassist Alasdair’s gentle vocal entrance. From there, the track opens up to a wide dreamscape of ethereal tones. A blend of entrancing keys, preformed by Liz and guitar by Chris, mesh together phenomenally. Hush Club creates a unique atmospheric aesthetic in which it becomes challenging to decipher guitar tones from keys, as they mesh in this lush and beautifully spacious soundscape. Every effect is used tastefully, centered around enhancing the song itself. Throughout the verses you can hear well placed bass stabs that fill the mix and push us up to the wide, all encompassing choruses. The swirling modulation in the bridge of “Flying Over Utah” is very moving; even visual. If I close my eyes it paints an imagery of soaring through an orange, city skyline.

On Hush Club’s second single of 2020, “Saturday”, Chris takes the wheel on lead vocals as well as playing guitar. The wonderful steel pedal guitar flourishes were performed by Matthew Okun, adding a nice change of traditional texture to the mix, though “Saturday” still sounds very much like a Hush Club song. Overall “Saturday” is warmer and more tender style track. They carry over the wide open chorus I loved in the first song, adding splashes of beautiful, ambient keys. The ambient timbre used fits really well with the gentle aesthetic this song brings. The chorus in the song is transportive aiding one to be able to visualize the specific and personal lyrics.

These 2 tracks are DEFINITELY worth listening too and have me excited for the band’s next album. So keep your ears peeled, they are currently working on their next full-length which I can only imagine will be another step forward for a band that takes a big one with each release.