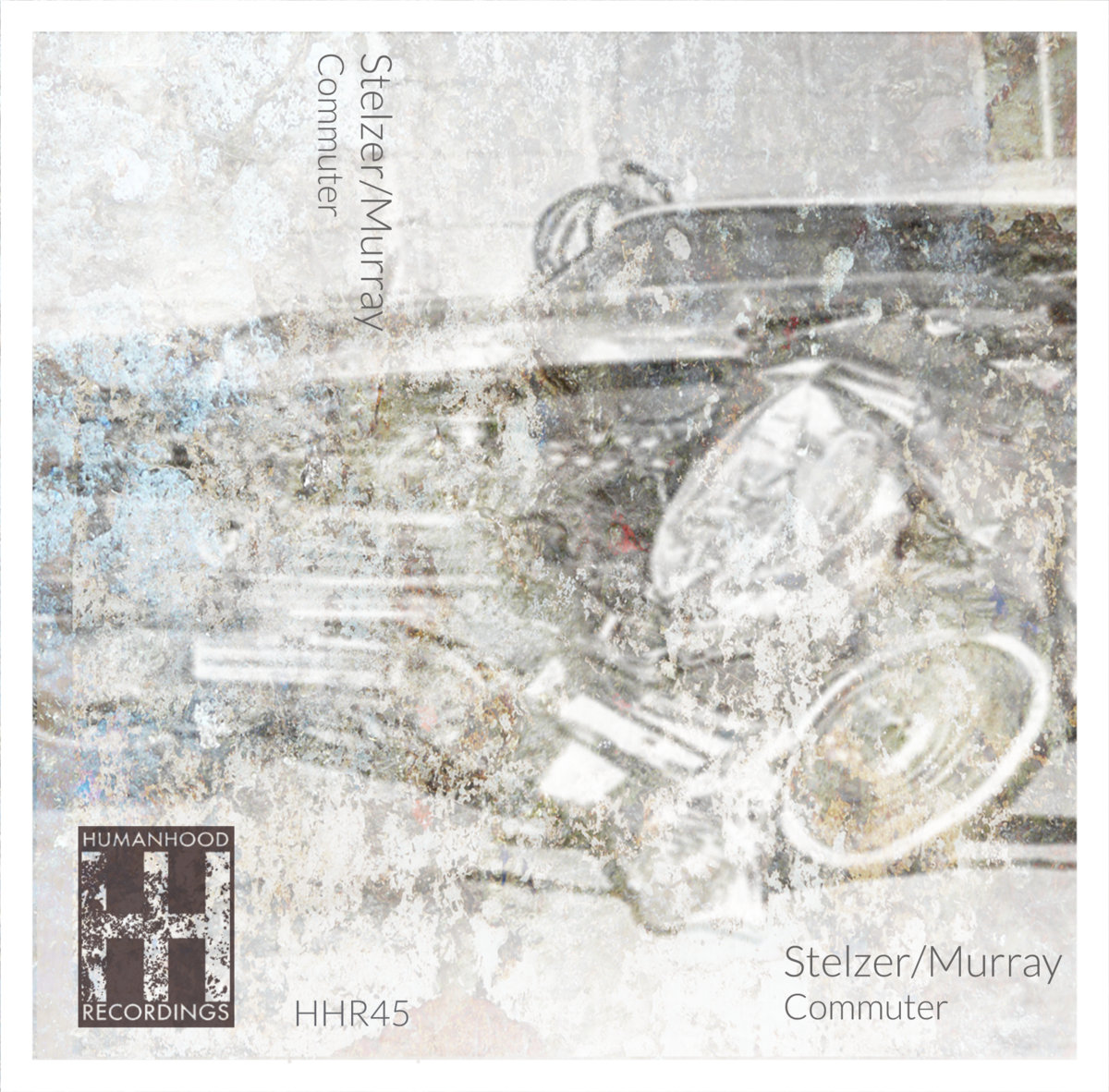 Howard Stelzer and Brendan Murray, both collectively and independently, can be considered within the most essential experimental musicians hailing from Massachusetts, and have maintained residency in that space for decades now. Commuter is their most recent release, coming out in early 2019 on Humanhood Recordings. Sometimes I like to dumb things down for myself and break things out into the poles of “smart noise” and “caveman noise” music. Smart noise need not be academic necessarily, but probably should open for Christian Marclay the next time he appears at the ICA, whereas caveman noise is performed exclusively on Boss guitar pedals sticky with years of splashed PBR gumming up their knobs. This is a smart noise record. While a quiet a lo-fidelity motion sets the stage for this tape, it only takes moments before glacial resonances begin to unfurl and present themselves as the dominant voice, gaining momentum and energy as each ascending drift ascribed the whirlwind of tone even more power. Having had the chance to speak with the two about the project earlier this year (long overdue interview forthcoming, and to be linked here,) it can be clear when Brendan or Howard’s voice is shining, but when Brendan and Howard’s voices interlace at supreme sweetspots (evidenced in the climactic ending of the opening track Indoor Foliage,) though in a non-sequitur twist of endings this climax is snuffed out by sparse dialogue and an unwound Looney Tunes hiccup. The second track, Molina, immediately thwarts all levity proposed briefly as it picks up with haunting tonal tombs of reverb, and is arguably the most challenging track on the record, where it seems as if the listener is being hushed after accidentally stumbling into some strange sacred den of profundity interwoven with clips of what genuinely sounds like someone on their train ride commute (peak mundanity). This is the type of cognitive dissonance that shines when Stelzer and Murray put their sounds into motion. The final track which clocks in at just under a half hour, and bears the foreboding title Let The Children Guard What The Sires Won, may be the most classically “musical” sounding track on this release, (and by that I mean maintaining a tape loop of a synthesizer drone or manipulated stringwork), inevitably introducing a pulse that can operate as the beat of the song (alongside more outside-the-box “pew pew pew” sounds that dance around this beat). These slowly fade out without a dynamic resolve or reveal, and the album ends with that simple pulsing, and it is with this style of conclusion that we’re reminded it’s about the journey and not the destination for Commuter.