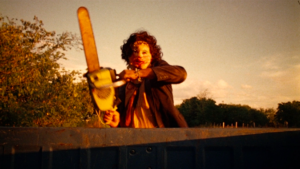 Summer is slowly creeping toward us. As 85-degree weather, brutal sunshine, and thick humidity overtake the dog days ahead, it’s sad to realize how different things will be this summer. No family gatherings at barbecues, no summer camps for kids, no normal functioning beaches, and no renting out houses on tourist-slick spots like The Cape, Martha’s Vineyard, and Nantucket.

It’ll be a different summer, that’s for sure—but hey, we still have the movies, and we still have the memories of past summers that will crash over you with a wave of nostalgia. I don’t know about you, but COVID-19 has made me feel like I’ve been thrown into a time warp. I’m seeing almost everyone outside in the suburbs. There are more kids biking and playing basketball. Drive-ins are becoming popular again (support your local ones and go!), or people are staying home at night and watching movies to fill their summer evenings.

One of the things I love most about summer is that I can break out some of my most-loved horror flicks—escapist time machines of terror that will instantly get you into the summer mood and allow you to get away, if only for just a little while. 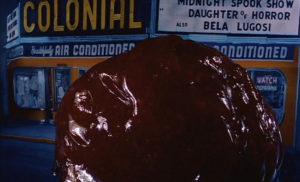 The Blob is a classic. What’s better than an old-fashioned horror flick about a giant intergalactic blob that consumes everyone in the peak of July, causing mayhem and panic throughout a small American town? Brimming with gorgeous, vivid aesthetics, The Blob is an awesome watch for some prime 1950s/60s horror/sci-fi nostalgia drenched with Americana. 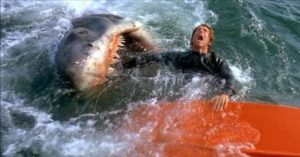 Jaws is the king of summer movies—not just horror ones.

Filmed in Edgartown on Martha’s Vineyard and based on Peter Benchley’s bestselling novel of the same name, Jaws spins the story of Amity, Massachusetts, a small island off the Cape that’s infested with a man-eating great white. Hunting down the fish is skittish Chief of Police Martin Brody (Roy Scheider), young scientist Matt Hooper (Richard Dreyfuss), and the local enigmatic sea dog, Quint (Robert Shaw).  After a string of bloody attacks and with pressure from Amity’s mayor, the trio heads out to sea to hunt down and slay the shark—only to find it isn’t going to be as easy as they initially thought. 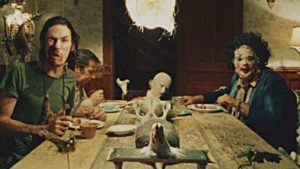 Texas Chain Saw is considered one of the best and most influential horror films and has created a legacy spanning multiple prequels and sequels. It paved the way for countless notable slashers. The film focuses on the Sawyer family, a murderous, cannibalistic, close-knit group deep in the sweltering fields of Newt, Texas. Jedidiah “Leatherface” Sawyer, the clan’s most disturbed member, is a faceless, hulking killer who slaughters anyone who dares come close to the family. Some unlucky teenagers stumble upon the Sawyer household and find that out the hard way.

This film, like Jaws, just feels like summer. Every scene looks sticky and sweaty as the Texan sun beats down upon our characters as they tear through the buzzing, dry landscape. It’s a gross, humid horror film perfect for a summer night. 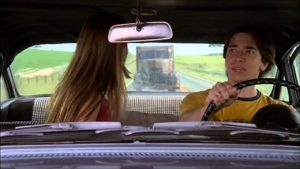 Jeepers Creepers is such a fun one.

As they drive home for break and trade jabs, siblings Darry and Trish Jenner are suddenly chased down by a dirty old truck on a long stretch of highway in the middle of rural Florida. The truck harasses them, then passes. The brother and sister brush it off as some weirdo on the road. When they pass by the truck again—only this time parked and its driver dumping a body down a pipe in an abandoned churchyard—the duo decides to investigate, only to find something worse than they ever could have imagined.

It’s a thrilling, spooky flick that will make your skin crawl—I remember seeing it for the first time in 2009 at a friend’s house. Through that whole summer, I freaked out at every truck I saw. That iconic honk of the creeper’s truck will do that to you.

And damn, that ending. Yikes. 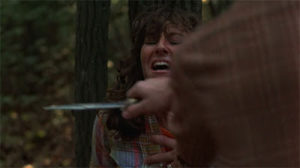 Camp Crystal Lake has everything—beautiful water, gorgeous woods, and fun activities with equally fun camp counselors. Only issue? It’s got a disturbing past and a murderer is on the loose, picking off innocent teens one by one.

Need I say more? Friday the 13th is what started it all. It’s what spawned Jason Voorhees—who, like Texas Chain Saw’s Leatherface, has become an iconic horror character in American pop culture today. It’s a classic and perfect for those hot July days when you’re feeling wistful for your childhood summer camp.

As the season begins and the sun grows hotter, pop one of these films on—they’ll scare you into the summer mood!