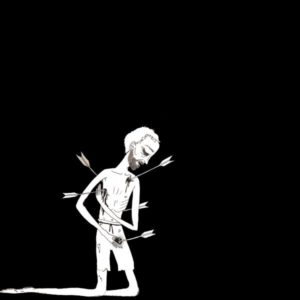 I can’t pronounce the name. It’s been a problem for most

of my life, actually. I can’t pronounce things. As a child

l at a very critical time. About 3rd grade. I completely

missed fractions and a lot of grammar. I learned what an

adjective was – definitively – when I was in my early 20s.

It’s bizarre. I admit that.

I always enjoyed writing, though. If the name was easier

to pronounce I would be writing about the music and not

the name. I’m weird. You could send a link on the internet

and it’s not an issue. Or read it, like right now. I real-

It begins with an acoustic intro/prologue. Interesting h-

ing. I enjoyed it. The second track is an extended number.

It goes through many transformations. I appreciate this f-

for later in life.

After Nu Metal music I more or less stopped developing

Korn there is really nowhere else to go. It took rock to

nted something else. Perhaps something unpleasant.

I often imagine Vlad Tepas in Wallachia. Fueled by reven-

ge. Seeking justice for his slain Father and enslaved Br-

other. Freed so that he could be a vassal for a brutal r-

egime double-crossing his oppressors and suffering through

the alleged suicide of his Wife. Being remembered as a M-

The image of life as something rotting. Something putrid.

Totally destroyed. Annihilated, yet surviving as a cultur-

e for that which is even more putrid and defiled. Defiling

worms. Maggot brain. Visions of the annihilator. The empt-

iness on the other side of reality. Haunting. Lost in the