This year ender will be pandemic era events of note – stuff that probably wouldn’t have happened in Ordinary Times. Let’s do post-March 15th 2020.

June 2020 – My dad notched 800k miles on his 2007 Honda Ridgeline. Good for 27th of all time, according to the High Mileage Club website. The truck is a work vehicle primarily, but over the past decade the SHARPmobile, as it is sometimes called, put in a good chunk of miles zipping around to local shows and beyond. 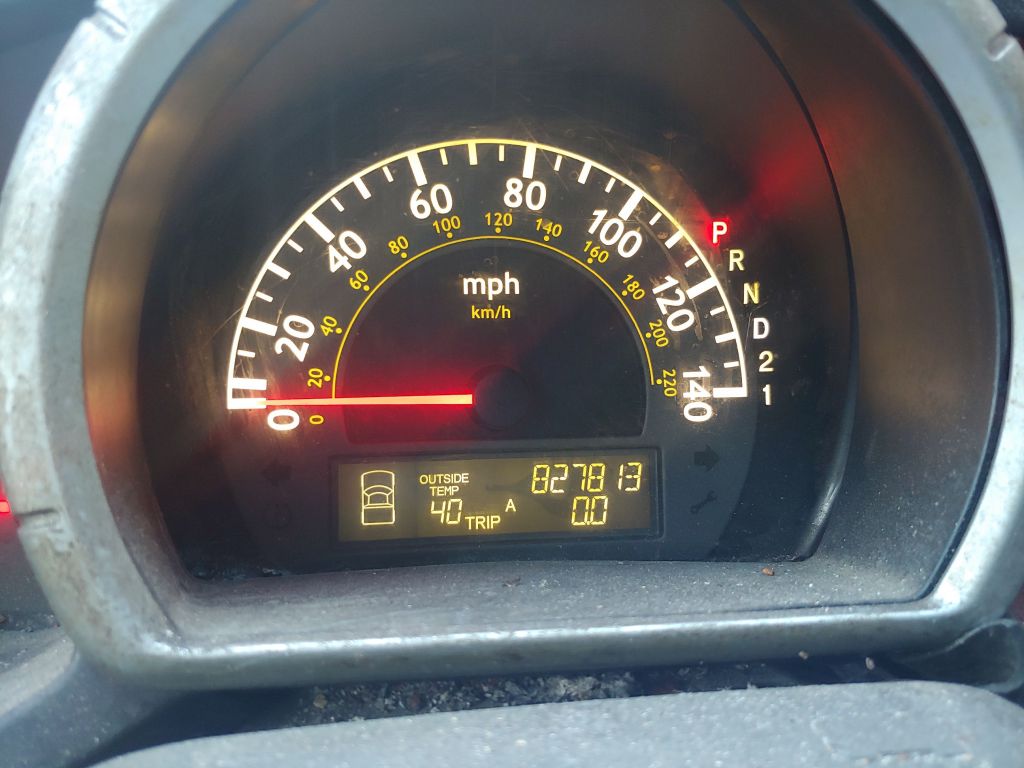 June 2020 to Present – KLYAM Podcasts – In the absence of putting on shows and festivals, Chris and I didn’t know what to do. I’m not sure starting a podcast was on the to-do list, but we had previously discussed a desire to have conversations (what some might call interviews) with various music adjacent individuals and bands. Our blog has been all but inactive for at least a few years now so what perfect way to have those conversations than on a podcast. It’s been a lot of fun talking to friends and also people we don’t know well but who are doing interesting things. We will keep it going into the new year!

September 2020 – I went to an indoor golf simulator for the first time. I’m not going to mention names. I probably wouldn’t have gone to this ordinarily so that’s why I’m including it here. I started off with my driver and started launching balls. What is cool is that all of your swings are recorded. So you can analyze your yardage and these other metrics. I got pretty hooked on this so I signed up for a lesson. I’ve been playing since I was a kid but I never had a one-on-one lesson. Well, the instructor proceeded to rip my swing to shreds and suggest starting over. This is where I talk about my theory that golf lessons are a cult. Your old ways of thinking, of swinging, need reform they tell you. They need to be replaced. Need to start new. After the lesson I got into my car and put my gear into reverse and it got stuck there. I couldn’t do anything. The car was off. Triple AAA had to come on scene. So whatever. I decided to go back to this place one more time. Not for a lesson, just to swing my driver. And guess what. I swung too hard and the driver head broke on impact. Went flying into the virtual screen. Totally didn’t mean for my longest blurb to be about golf but that’s where we are at.

September 24, 2020 – Nervous Guys play at Castle Rock. Nervous Guys is me, Chris (from KLYAM), and Brian (drummer of Johnnie and the Foodmasters, noise guitarist in the Gritty live band). We formed in 2009 under various monikers. Nervous Guys is our latest and greatest tribute to the Icky Boyfriends. Brian has tossed around the idea of playing an outdoors generator show for nearly as long as I’ve known him. Finally, it came to fruition. We waited until darkness fell, got our gear together and made a run/hike for it to a 280 ft spot known as Castle Rock. Set up and played. To no one but ourselves. It was a beautiful night – about 60 degrees with decent visibility of the Boston skyline. The first and only time I’ve played with others during the Pandemic era.

September 25-26, 2020 – Gonerfest 17 – Virtual – Five years ago was our first trip to Memphis for Gonerfest. The legendary punk/garage/etc music festival. Three long nights (and early mornings – some afterparty shows don’t end until 4 or 5 AM) of mostly loud rock and roll. Bands are usually right on point for fans of this kind of stuff. It became an annual pilgrimage – until it didn’t this year. Like everything else. Obviously! I’m not going to lie, virtual streams just don’t do the trick for me, typically. I like to watch videos (of bands performing) on YouTube whenever I want, but live stream content oddly enough feels different to me. But the prospect of missing a Gonerfest was not feasible. I had my doubts. I must say though that this was as good as it could get for not being an in-person thing. The Goner people (and everyone in attendance) put together a stream that felt true to the spirit of Gonerfest. The Rodney Dangerfield video game/art exhibit and movie premieres and all that extra stuff was as nicely done as if it was a typical year in the birthplace of Elvis. And the chat rooms had the energy of shooting the shit on the patio at the Hi-Tone. I had a dream last night of Gonerfest 18. It took place in a barn (sort of an indoor/outdoor vibe) and everyone wore masks. I’m confident that there will be an in-person Gonerfest of some kind next year. It’s really bad down there now right now – like everywhere else – but I have confidence everyone will do the right thing.

December 2020 – Freak No-Hitter – This probably doesn’t count as a Pandemic Era event but it actually probably does. Dave Brushback is the king of zines. Well, I didn’t really know that, but I saw on his INSTAGRAM that he made a zine. So I gave him an addy and he sent one. With a Germ House interview and record reviews. One page, front and back. That was really cool. For no charge. Wow what a guy. Nice piece of memorabilia. Miss seeing that dude at shows here and there. Don’t mistake him for any of those other photographers/videographers in the scene. He won’t appreciate it.

December 21st, 2020 – Free Witch Radio Release Party – A Last Chance Studio and Free Witch solstice celebration. Free Witch, if you don’t know it – but you should because there was a neat interview posted on this website – is the Free Witch Press, a local publisher of esoterica, ephemera, art, imagery, writing. Run by Emily Cobb. Excellent shop that we (KLYAM) have collaborated with in the past. Her bro, James Coarse – ‘dj hot james’ – of the whip appeal and other Newton groups – hosted a near 4 hours long radio show. On the Last Chance Studio website. Last Chance dates back to 1952. The website was one of my favorites. So simple and informative. It went offline suddenly a few years back and I was sad. When I saw it was back for this. I was beyond excited. Still am. That’s how highly I think of the website. Wish all the old content was still there…maybe it is?!?! Anyway back to the Radio Hours. Not sure how Coarse pulled it off, but it was live and pre-recorded and everything in between. Highly entertaining, best in class kind of stuff. as the Show Notes mention: The Glue. Emma Bones. Side Body. Jachary. Gem Rosenberg. Lily Fein. David Williams. Hannah Barbarian. The Poets Talking. Becca Kauffman. Everyone knows NUPAPS , the Newton Underground Pop Art Performance Showcase. The day after Thanksgiving at Newton City Hall. Yeah that didn’t happen. This did and was it ever nice. It was.

December 2020 to not sure – End this one on a personal note. I finally got my stuff together and started a virtual experience on my website: ggordongritty.com. It will be like a one stop shop for all my stuff, within the entertainment and cottage industry realms. The idea is like Corwood Industries but more and less industrious.