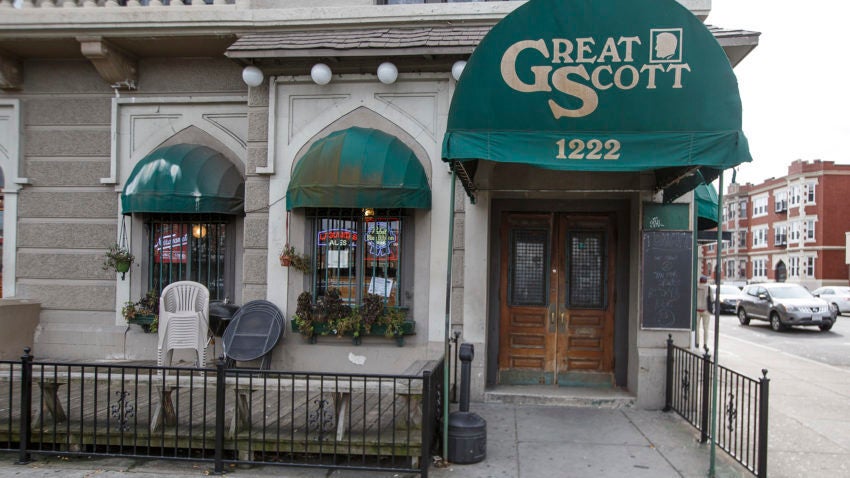 $200,000 of community money raised in a matter of weeks and our own elected officials can’t even protect a legendary, beloved space from being replaced by a convenience store. Every politician of the City of Boston, and specifically representing Allston-Brighton, should be ashamed of themselves for dragging their feet on policies to protect the safe spaces for artists and musicians throughout the city. We have been calling for them for decades. We have proposed pre-existing proven models for what cultural protections could look like. We have simply asked for places we can afford to live in. Artists are suffocated from every angle in this city and the one thing that looked like it showed promise to be kept alive just gets erased as simple as a predatory landlord saying “Nah, we’re good” and the people who could have stopped this just watched and shrugged it off saying “Nothing we can do, sorry!”

Then what DO you do, exactly? We elect you to represent our community and our community said WE NEED THIS. We have always needed this. We said it with our money in the middle of an ECONOMIC CRISIS and you did nothing. The same thing happened today when the ABSURDLY UNREASONABLE budget including a $460 MILLION DOLLAR police budget for the BPD wasn’t overturned amidst a city filled with daily protests against a corrupt, racist system that REQUIRES DEFUNDING AND DISMANTLING. Our elected officials are letting us down, time and time and time again.

I am exhausted. My world is being bludgeoned to death slowly by the repeated pandering to big money landlords and developers, and people who have the nerve to tell me “The Budget Just Isn’t There” to create and protect the simple, affordable resources artists need to continue to exist. The worst part? I don’t even have the shortest straw! I’m just a straight white dude trying to get by in a city that actually unfairly benefits straight white dudes! Imagine if I were a POC, or LQBTQ, or both?! On TOP of being a struggling artist? Just the thought is crushing. Why would an artist ever choose to live here???

Oak Hill Properties LLC, you collectively are the biggest failure of us all. You own property in our community and have no interest in contributing to it. You received hundreds of letters, and saw thousands of signatures rallying to preserve an entity within your control, and you decided that none of that mattered to you. For that, your very existence and influence on our city is nothing short of an abomination. I hope whatever unbearable business you put here that isn’t a rock club doesn’t make a dime. I hope the memory of Great Scott curses this building for as long as it stands. I hope that so many businesses fail repeatedly in this location that you have no choice but to sell this building, and I hope that when you do, the real estate market bubble has popped and plummeted so low that you don’t make a dime. I personally will never support any other business that exists here, and I will encourage the entire community of Allston to boycott whoever and whatever else signs a lease with you. I will fantasize about your ownership disappearing from Allston until you inevitably do.

We’re losing more than just a music venue here. We’re losing a fulcrum of the defining nightlife of Allston. We’re losing a soul that is respected worldwide, and sought after by artists everywhere. We’re losing the glimmer of hope this neighborhood might have had to recover from this crisis with a smile on our faces and music in our ears. Hell, we’re even losing multiple units of affordable housing at a time when we can’t afford to lose any.

Worst of all, this city has lost its grip on what REALLY matters, and I’m still waiting for it to prove me wrong.

Liked it? Take a second to support Nick Grieco on Patreon!