2019 was a beautiful, horrible, wonderful, disgusting year. But over and over, local folks came through with energy, ideas, and magic to try to make our area code into a better place. These efforts ranged from grassroots political work to more creative forms. Here’s a roundup of some of the stuff that kept me up at night, or made things better the next day.

Locals responded to the climate meltdown. 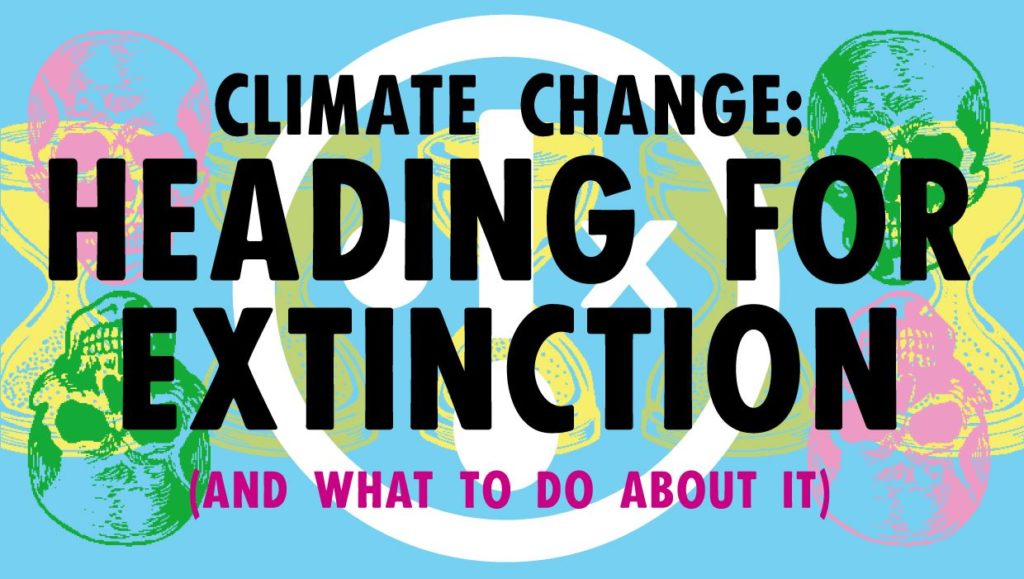 Late in 2018, the UN floored everyone with its climate report. The findings were worse than anybody expected, and just giving up suddenly seemed like a valid response. After this burst of despair, it was great to see grassroots groups coming to the front—including a bunch around here.

British-born Extinction Rebellion probably made the biggest splash locally; the Mass. chapter landed in early 2019, and is now organizing events every few days—ranging from documentary screenings, to group meditations, to protests and more protests. They’re a beautiful ball of energy, and always looking for more volunteers.

There were a number of local-born groups, too. A few people I know joined neighborhood discussion groups that focus on our changing climate—and how they can adapt their lives and outlooks in a bleaker future. Other groups created forums for people to share what they are doing to address environmental destruction; one org in Somerville, for instance, hosted a tour of homes that are exploring alternatives, including heating systems that use less energy.

Zero waste gained some steam this year when Cleenland opened in Cambridge. It joined a handful of other stores, like Neighborhood Produce in Somerville, that offer packaging-free products. (Find out more by reading the Compass’s “Trash Is Tragic” column.)

There were also some interesting creative responses. For instance, Great Small Works teamed up with Marji Gere and Dan Sedgwick to offer a really entertaining puppet-and-music show called “We love trees” that looked at the importance of trees in relation to the climate—and how the powers that be just don’t seem to care.

These are great examples of how energetic our local culture can be—even in the face of climate collapse. And, honestly, since our leaders are incapable of addressing the issue, people power is probably the only way to go.

Boston’s radical community had some milestones, and some setbacks. 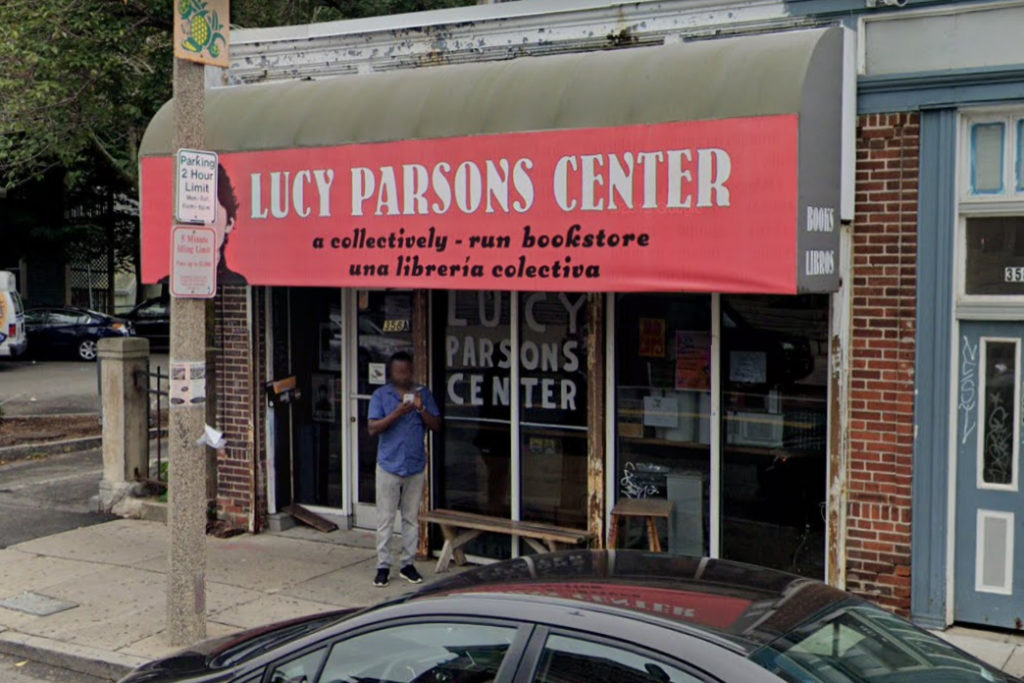 Nothing sums up grassroots action better than Boston’s radical community. And there was some interesting stuff going on here this year.

Lucy Parsons, the anarchist community center in JP, celebrated its 50th anniversary in 2019. (50th!?!) If you haven’t been there, you should stop by. Their comfortable space in Hyde Square has shelves full of political books, and is run by a bunch of really welcoming volunteers. They also host a number of political and community events—including a new documentary film series. Be sure to check it out.

Food Not Bombs is celebrating their 40th anniversary. The collective gathers food each week, cooks it all up in a borrowed kitchen, and then sets up tables in Central Square to feed those who need it. Unlike some other local groups that offer free food, FNB doesn’t require any proof of hardship—they hand out food regardless of anyone’s income or home status. FNB started in Cambridge, and the collective has since inspired countless other chapters worldwide. (Seriously. I saw something online about a group in Thailand recently.)

Those are two symbolic wins—but radical folks experienced a big setback in November when the annual Boston Anarchist Bookfair lost its space just two days before the event was scheduled to take place. The host, Boston University, apparently decided that the fair should pay for an expensive security detail—probably because neo-nazis had marched through the event last year, chanting horrible things before being run out by counter-chanters. The fair’s organizers were able to cobble together some space here and there at the last minute—but it definitely was a blow to their goal of gathering like-minded folks in one place. 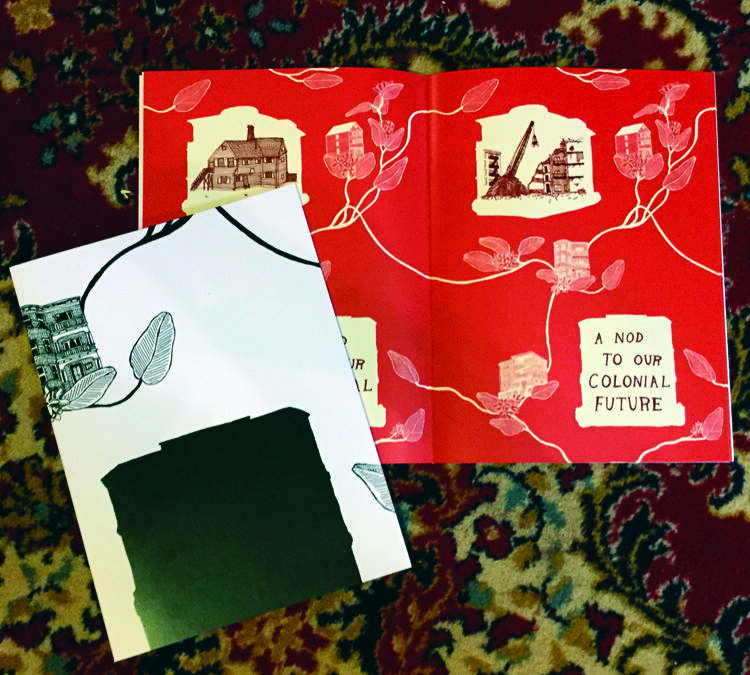 Speaking of books…. Boston was well-known for self-publishing and zines back in the 80s and 90s—Pagan Kennedy! the Small Press Alliance! the original Quimby’s Bookstore!—and it really seems like that magic is coming back lately.

In addition to a handful of fairly-new events like the Boston Art Book Fair, the New Zineland fair, and the Hassle’s own Boston Hassle Fleas, 2019 saw a number of new pop-up events from Fathom Library—and Tufts even had a large exhibit about small books and zines.

This year had more than its fair share of amazing, locally-produced small publications. Mooneaters, GRLSQUASH, and Paper Napkin are getting a lot well-deserved attention, but just to show the range of work that’s out there, here’s a few others:

All this, when there are so few stores that carry local small publications. There’s Aviary, Hub Comics, Million Year Picnic, and Magpie, to name a few—but come on. Stores, get on this. People want these types of publications. Hopefully, next year, we’ll see more places carrying zines and local self-published books.

We lost a number of cultural spaces. 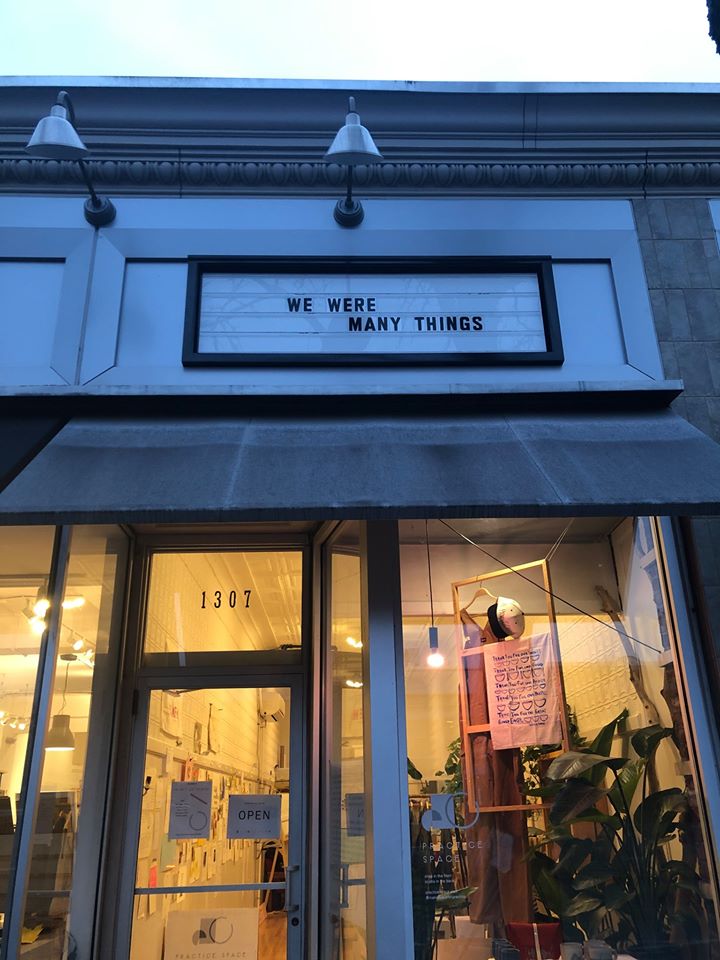 You can’t have local culture without supportive spaces, so it was sad to see a number of those spaces close this year.

Somerville lost Third Life Studio, which was known for its adventurous music programming. It also lost a huge music practice space called Jamspot, and the deeply weird Museum of Bad Art, which showcased thrift store finds. Cambridge lost Green Street (a dance studio) and Practice Space (a feminist event space & store). And Boston’s legendary music store, Skippy Whites, announced it was closing in early 2020—after having served the area since the 60s.

These are just a few of the dreams that died this year, but they seem pretty important to me.

Local communities need to support their creative neighbors, and they need to learn from their own past—so it was great to see three new initiatives that did just that.

DJ, writer, and impresario Brian Coleman’s latest project, “Buy me Boston,” looked at local culture in the 60s through the early 90s. It all started with a book that reprinted newspaper ads, showcasing long-gone clubs and businesses that provided a window into Boston’s daily life. He then began a series of events showing videos of local live music from the same time period; many of these events also included short talks by the musicians themselves! The event I saw featured one of the founders of Rock Against Racism, and one of Billy Ruane’s videographers. Keep an eye out for more of these events. They’re amazing!

Boston’s Cultures of Soul Records put out a phenomenal CD/booklet, “Take us home,” which features songs from the reggae scene that flourished in Boston in the 70s and 80s. Culture of Soul had put out an equally phenomenal CD and book about Boston’s avant-garde jazz (“Boston creative jazz scene”) a couple years back, so this is a welcome follow-up.

Last up: Neil Horsky’s “Women in community arts” cards profiled local community-minded artists in a fun and accessible way. The format seems to say: local creators should be as famous and well-respected as sports stars.

Wouldn’t it be great if we all thought that way? Seems like a good new year’s resolution to me. Let’s get on it!

Liked it? Take a second to support Tim Devin on Patreon!