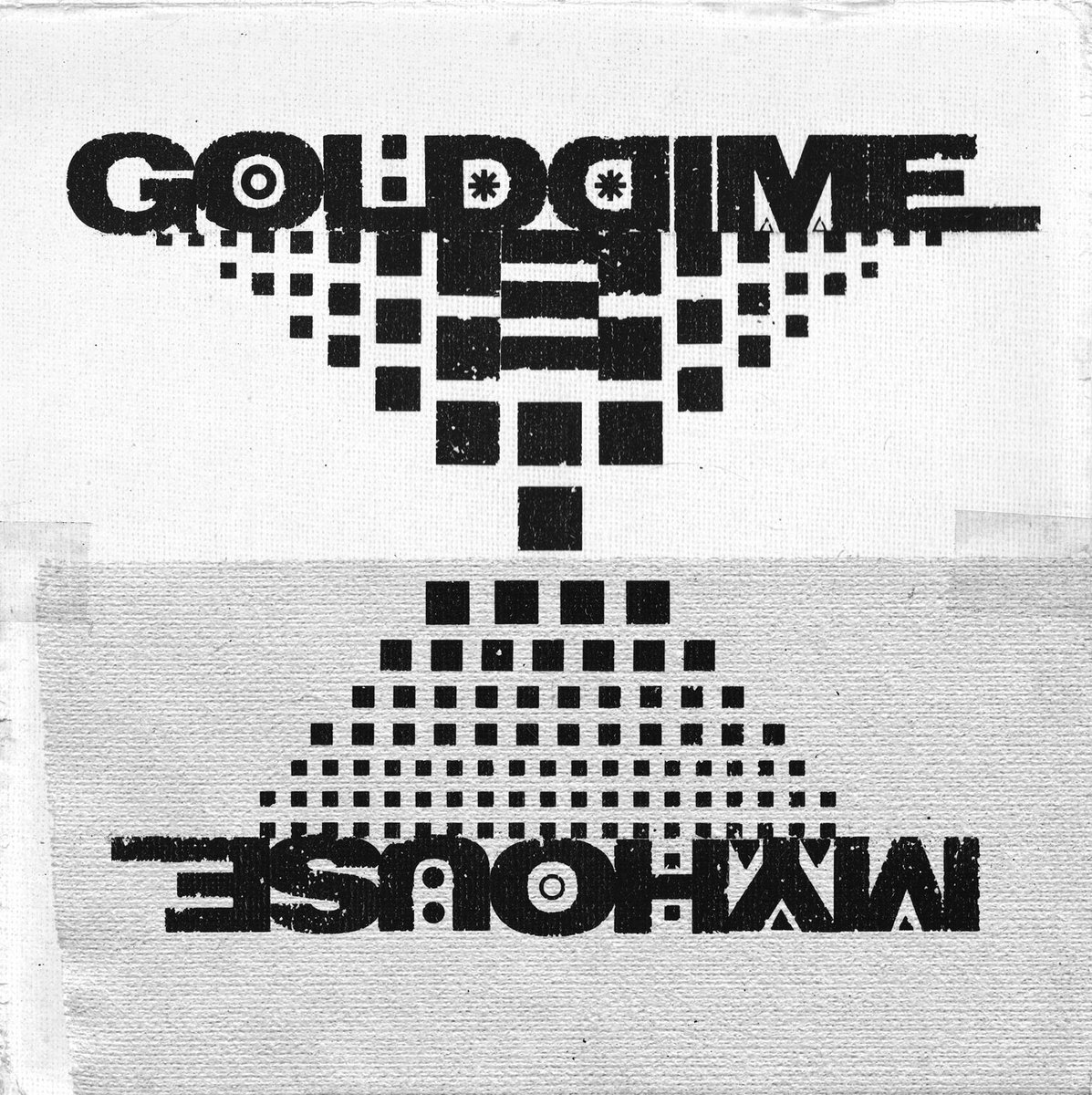 Gold Dime’s sophomore record, My House, released on Fire Talk Records sounds mature. Each track converts the raw skill of each musician into unified sound like an alchemist would convert mercury to liquid gold. The scratchy guitar melds with the rhythmic prowess of Andry Ambro herself, sending shivers down your spine as it makes you want to get up and dance. Andrya’s voice wedges its way into feeling inhuman, the guttural, frenetic nature allows it to camouflage with the guitar itself. Her voice driving each song forward like a power drill. It’s unsettling, but in a fantastic way that grabs the listener.

Writing My House was a fully collaborative work between Ambro, Ian Douglas-Moore, and John Bohannon. Ambro’s signature drums still form the meat of the album, “I’ll have a rhythm in mind, and I’ll sing over it, and that will make up the core of the song. I used to, when I did this alone, fill in guitar and bass around that before reworking the drums and vocals.” She said over the phone, “But sometimes we’ll jam, and there will be one idea that really grabs me, and we’ll latch onto it and further it.” You can hear this style of writing in the way each song feels natural, the way they feel collaborative. A thread of musical interest picked apart by the three musicians. Each instrument expanding on it to create the sonically rich environments that fill this album. The rhythms within Gold Dime’s work feel fresh, Ambro’s drums pound behind each of the musical layers. A fan of the 12/8 time signature, Andrya feels the rhythm in her, a swung 4/4 to break up the monotony of sets filled with 4/4 time signatures. “It almost feels like you’re fucking with someone, but in a fun and playful way.”

This sentiment seems to come across in this record as a whole. The titular single “My House,” and the wonderful music video especially leave me vaguely disconcerted and unsettled, Andrya’s voice sliding across polished drum beats that leave me feeling as if the ground has been ripped from under me. The song playfully fucking with me, making sure I don’t know where I stand. It’s a song that you could dance to and not realize that the rhythm has changed three times underneath you without you noticing, your body changing of its own accord.

“Revolution” is another stand out song to me, the guitar line’s repeated phrase brings me into a trance like state. The other instruments billow out around it, morphing to find new ways to play with the phrase. The lyrical content is provoking, I will never forget the visceral feel of hearing Andrya “But/ Hold on a second/ I smell burning.”

My House is an impressive album, one that makes you want to dance as it makes you long to burn down the structures of power that hold us hostage. The drums are incredible throughout, forcing each song forward as Andrya’s collaborators grasp onto musical themes, pulling them through the song until they’re done, and move on. The soundscape is lush and vibrant while being tense, violent and serene at the same time.