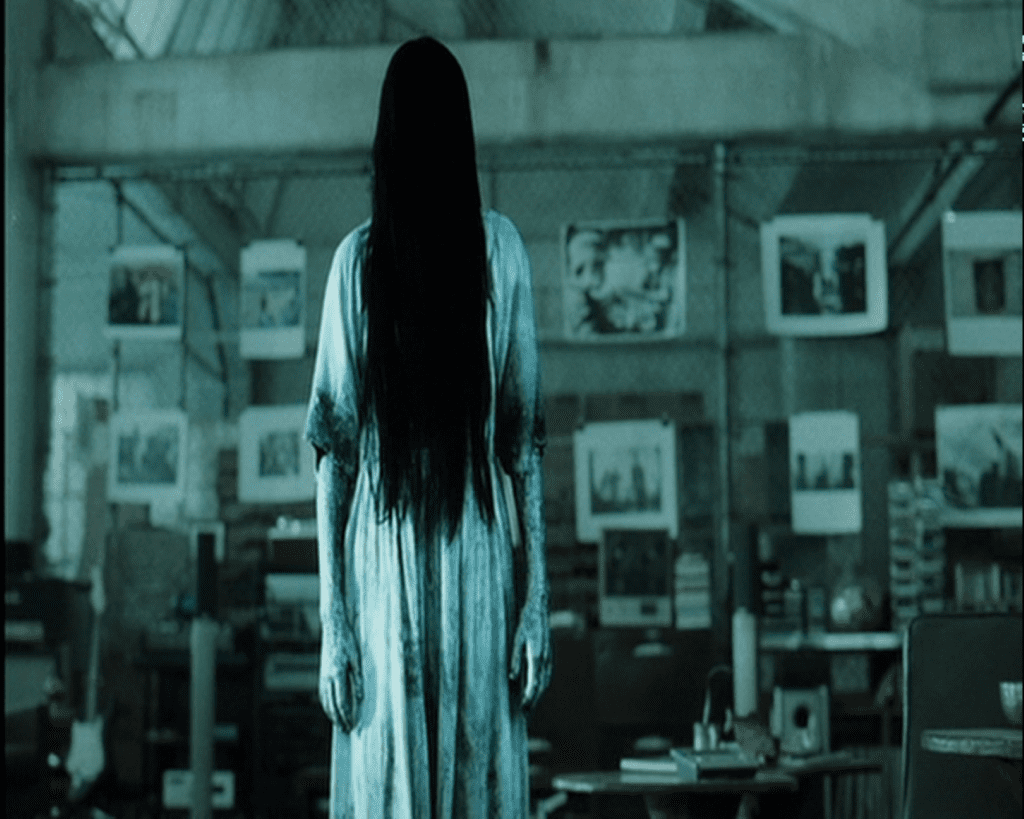 A lifelong horror fan, I remember watching Gore Verbinski’s The Ring between my fingers when it first came out. Needless to say, my 7th grade self was scared shitless of the girl in the video with the off-putting hairdo.

The Ring opens with two high school friends (Amber Tamblyn & Rachael Bella) watching TV. One asks the other if she’s seen the video tape that kills you. Chill evening.

It turns out that one of the girls has in fact seen this tape. Apparently, after watching the tape, you get a phone call telling you that in seven days you will die. (Nice to have the heads up.) Lo and behold, this very evening marks exactly seven days.

It turns out that the cursed video tape isn’t playing around. Investigative reporter, and aunt to the deceased, Rachel Keller (Naomi Watts) decides to research the mysterious death of her niece. (It is around decision time that they flash to what the girl looked like when found dead, and that image gave me the heebie-jeebies something terrible back in the day.)

Early on in her investigation, Rachel comes across the video tape and, being the committed reporter she is, she watches it. The obligatory phone call is made directly following the viewing.  It is once her son (David Dorfman) also watches the video she really kicks the investigation into full gear, attempting to beat the clock in order to figure out the meaning behind the tape and why it possesses homicidal tendencies.

The tape itself is is a series of seemingly unrelated, often disturbing imagery. As Rachel delves further into her research she realizes the visuals of the cursed tape are not random. She also learns of the little girl, Samara (Daveigh Chase), who the tape came from–the same girl with the off-putting hairdo who gives the heads up on the seven days deal. She’s also been known to crawl out of a TV or two…

Visually, The Ring is pretty striking. And not just the video tape; there are flashes interspersed of clouds passing by, the sun setting, the waves coming in and out–signaling the passage of time, and increasing anxiety that our lead may run out.

Do Rachel’s investigative skills do the trick? Does she figure out how to end the curse before her seven days are up? Does Samara ever consider hitting a hair salon?–seriously though…You’ll have to find out for yourself to answer all three of the aforementioned questions.

Watching The Ring again years later, I can confidently say that while I am willing to watch the flashes of Samara’s victims post-ringification (that’s a word, right?), this movie holds up well as a suspenseful, visually entrancing, and at times ooky horror flick.