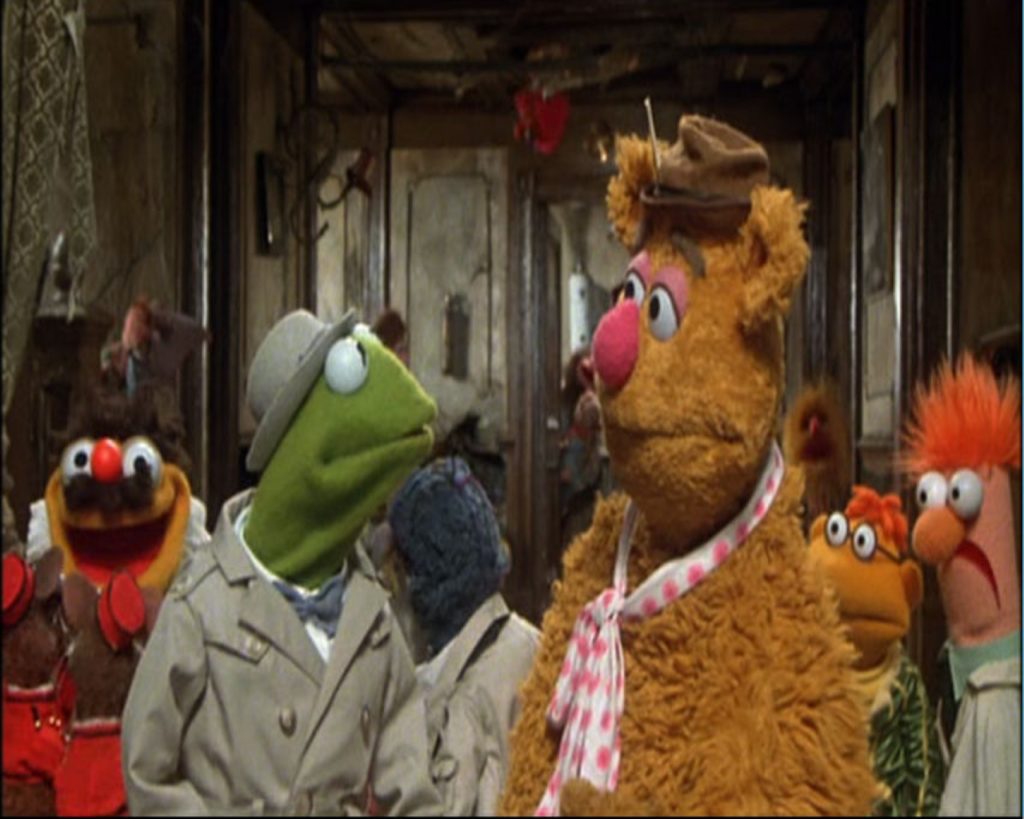 Growing up, Jim Henson and his seemingly sentient Muppets were a staple. The Great Muppet Caper (1981) was one of many Muppets movies in frequent rotation in my household. It’s been years, and I was jazzed for the opportunity to feel all the nostalgia and revisit this classic.

The Great Muppet Caper brings us Kermit the Frog and Fozzie Bear as investigative reporters—and apparently “identical twins”—determined to solve the case of who stole Lady Holiday’s diamonds. With the help of photographer The Great Gonzo, the three embark on a journey to London where they meet the rest of the beloved Muppets characters.

Early on in their trip, Kermit is awestruck by the incomparable Miss Piggy. In an alarming twist of fate, our favorite ham finds herself at the center of the investigation, accused of stealing the diamonds. The thieves aren’t done though—their next target is a huge rock of Lady Holiday’s known as the baseball diamond (waka waka). The gang must race to find the true criminals and clear Miss Piggy’s name.

Filled with big musical numbers, reminiscent of old Hollywood, plenty of dry humor, and a synchronized swimming Miss Piggy, The Great Muppet Caper holds up well. It’s light and fun, with plenty of heart—I feel like a literal cheeseball writing this, but it’s true!

This classic who-dunnit—though you know who-dunnit the whole time—is a little over the top, but would you expect any less? Watch to see who stole Lady Holiday’s diamonds, if a frog and a pig are meant to be, and a bevy of cameos from human actors—though quite frankly, the Muppets always steal the show.