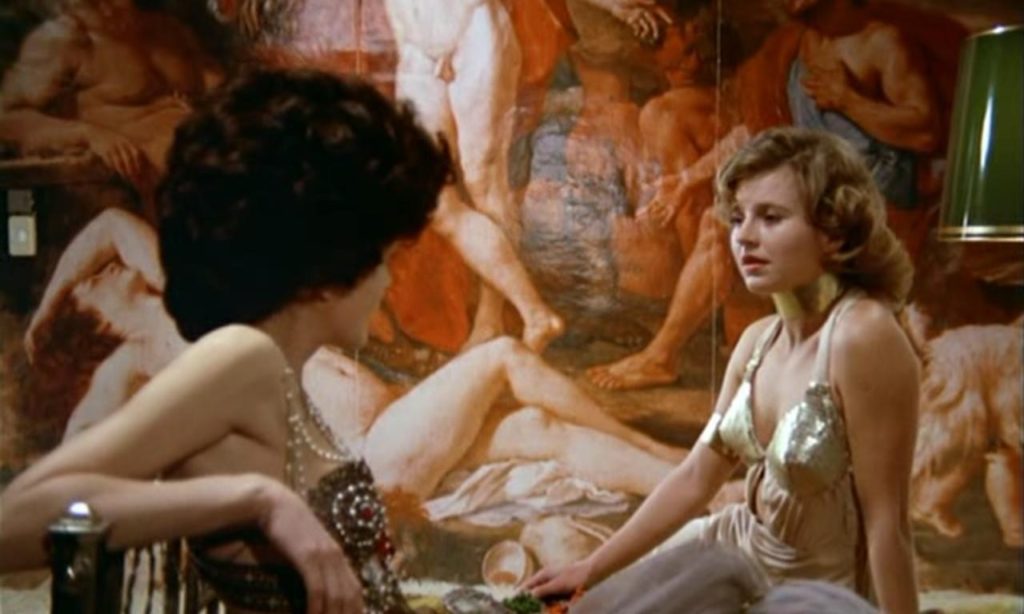 1972 was 50 years ago—making it the 50th anniversary of The Bitter Tears of Petra von Kant (alongside the five other films/series he made that year). And it’s one of the shining gems of his godly run. The eponymous character is a fashion designer who doesn’t seem to do her own work, Petra von Kant (Margit Carstensen). The recently divorced von Kant now pursues women more than men, with her eyes set on the young and beautiful Karin Thimm (Hanna Schygulla). The entirety of the female-only cast is excellent, and Schygulla is no exception; she steals the middle third of the runtime.

But neither Petra or Karin are in earnest Fassbinder’s focal character. That would be Marlene (Irm Hermann), von Kant’s quiet assistant who makes no surreptitious efforts to hide her desire for her abusive boss. Set entirely in the extravagant home of the fashion designer, Marlene’s obscured figure is the first hinted at by Michael Ballhaus’s camera. Hermann gives the best performance of the film—and she does so without saying a single word. In my opinion, it’s one of the best performances in Fassbinder’s legendary run, even if extended to include Schygulla’s titular role in 1979’s The Marriage of Maria Braun.

Working with great actors is but one feature of Fassbinder’s filmmaking. He makes use of frames-within-frames more than any other filmmaker I’m aware of and the blocking of every scene merits detailed attention. The blocking of Marlene—walking in and out of von Kant and Karin’s two shots but never earning her own intimate two shot with the object of her love—is an exemplar of character blocking. The blocking does it all.

I’d never forgive myself if I reviewed The Bitter Tears of Petra von Kant without mentioning the poignantly phallic production design. Most obviously, there is a painted penis in the background for what has to be at least 40 minutes of screentime. On at least one occasion it’s the camera’s fixed focal point. Moreover, dolls and plastic models are likewise put in sexual positions with each other. The production design, like the blocking, does what the screenplay itself doesn’t (or perhaps can’t do): give proof for credence in the explicitly sexual nature of the relationship between von Kant and Karin.