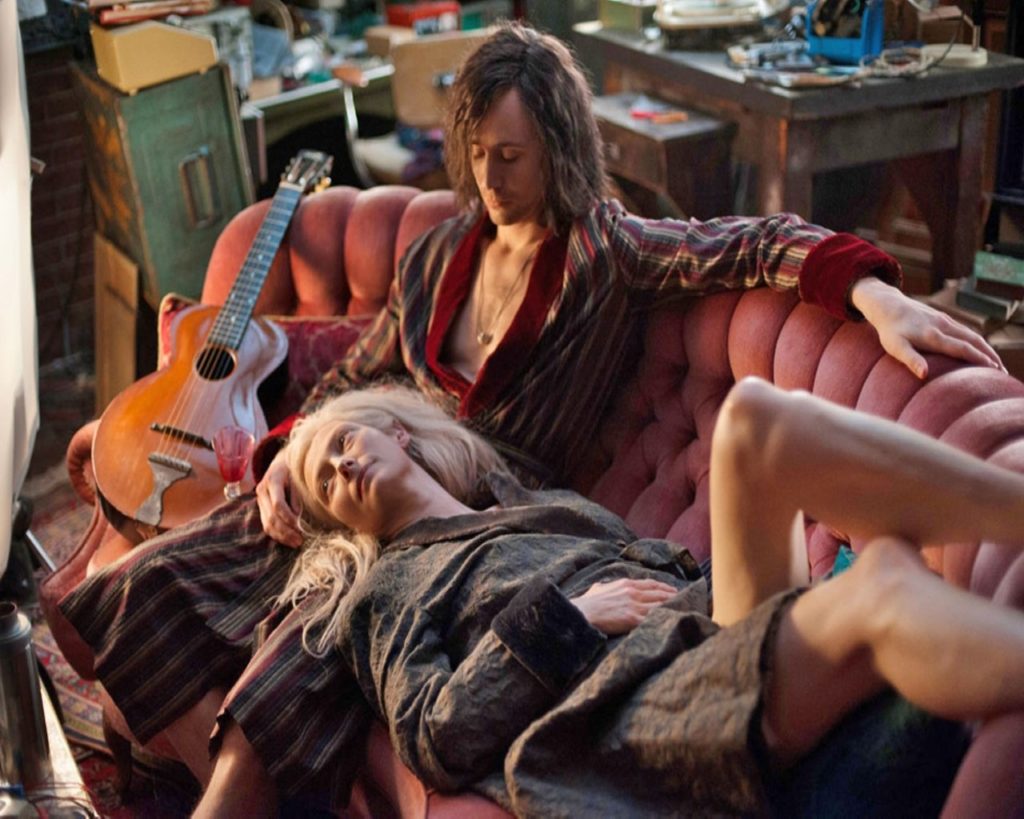 Only Lovers Left Alive (2013), Jim Jarmusch’s gothic romance, tells the tale of centuries-old vampires Adam (Tom Hiddleston) and Eve (Tilda Swinton). Set against a dark and bleak Detroit and Tangier, the love of Adam and Eve withstands both time and its surroundings with the added splash of drinking blood to survive.

Adam, a vampire in a state of despair, un-lives (see what I did there?) as a rock-n-roll musician with zero desire to be recognized. He spends his days sleeping and his nights sulking around his apartment, disillusioned by the so-called “zombies” who make up the world. The zombies appear to be what we would call typical, seemingly alive human beings. Yet Adam is unimpressed.

Eve, Adam’s wife and fellow bloodsucker, lives in Tangier. It is uncertain why they live such separate lives, but a depressed call from Adam lands Eve on the next overnight flight to reunite with him. After Eve’s arrival, her younger sister Ava (Mia Wasikowska) arrives and puts a serious damper on the married couple’s time together. Unlike Adam and Eve, Ava is not as strict with their policy on where they get their blood supply from. One of the couple’s commonalities is they find sucking blood directly from the source an archaic practice.

Music plays largely in this film, both Adam’s compositions as well as the couple’s shared love for vinyl. Gritty feedback and psychedelic nods in Adam’s work nicely point to the state of existential crisis he finds himself in, and his desire to return to a time of the past. Its moody tone matches the backdrop in a Detroit that is virtually deserted, with the exception of the occasional fan who tries to find Adam’s lair.

The connection of Adam and Eve is the main driving point of this film. In an everchanging world the two still have one another to lean on no matter how physically distanced they may be. Einstein’s “spooky action at a distance” is repeated throughout the film—the ability for separate objects to share a state of being—as a comparison to the married couple’s connected nature. Only Lovers Left Alive takes its time building who the characters are both as individuals and in relation to each other.

If you’re looking for a blood sucking take on love this Valentine’s Day weekend, Only Lovers Left Alive is the way to go.