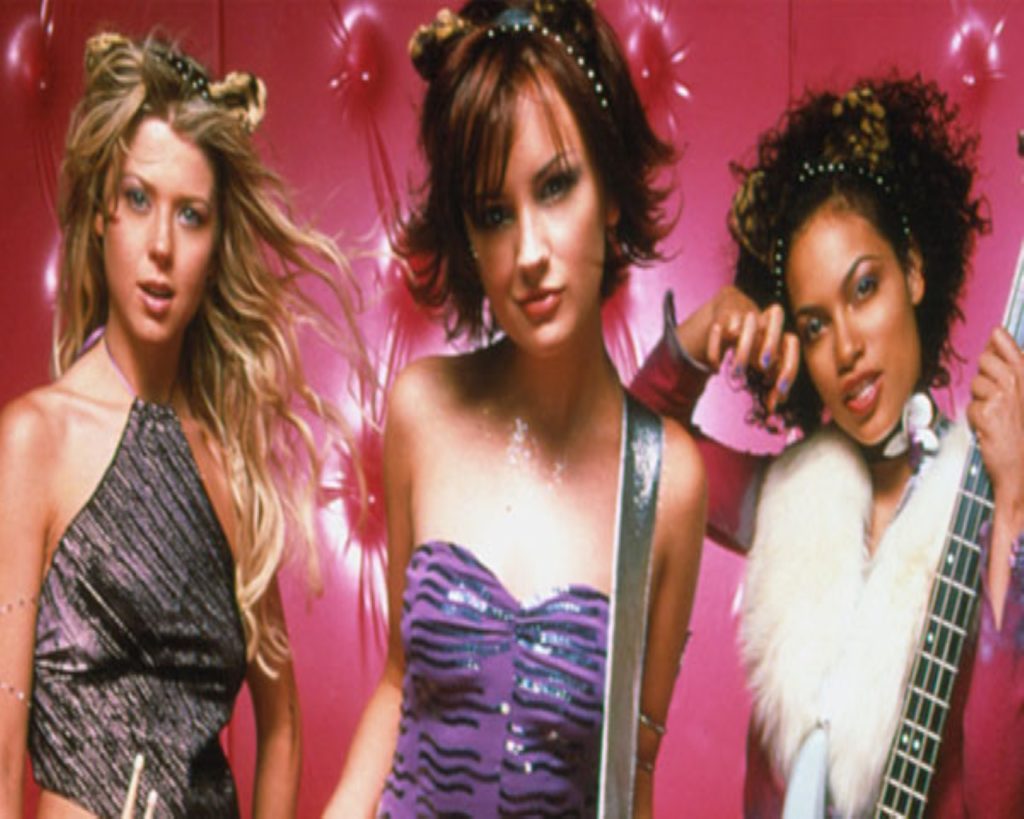 2001’s Josie and the Pussycats is early aughts carefree cringe in the best way. Filled with glittery makeup, lots of rhinestones, teenybop pop-rock music, formidable low-rise pants, and plenty of montages to hurry the story along, this classic flick will hit a nostalgia nerve for kids and tweens from the era.

The movie does not attempt to hide the fact that MegaRecords is up to no good, and use the musical acts signed to the label to push their agenda–I feel like there’s a message here…in this case, the agenda is subliminal messaging to impressionable teens to dictate how they act, think, feel, and largely what products they’ll buy. Any singers on the label who start to suspect something quickly meet their demise.

The group is thrust into fame and massive success. Tensions run high for the best friends as the label clearly favors Josie, and Valerie starts asking more questions than they’d like. Of course these sinister undertones of life in the spotlight are toned down with lots of cat ears and catchy pop rock hits created for the movie. It makes for a fun, lighthearted movie with a clichéd message about friendship and staying true to yourself, but hey, it works!

On a final note–if I’m being completely honest, when the most popular song from the movie, “3 Small Words,” started playing, I instinctively started singing along and was shocked that I remembered the words so well. Let’s not kid ourselves, back when this movie came out, I absolutely rocked a pair of cat ears.