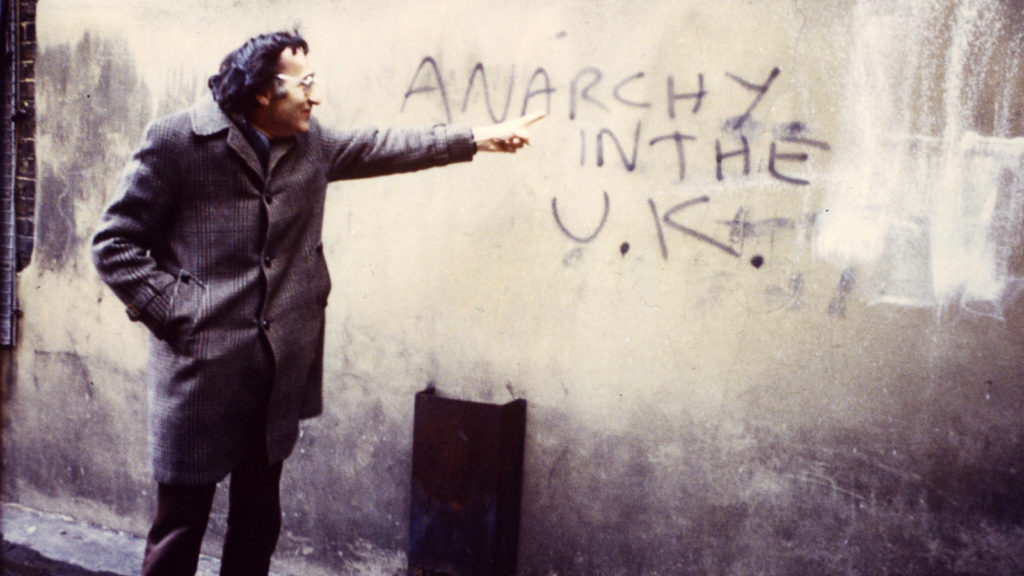 Free Voice of Labor: The Jewish Anarchists tells the story of Jewish immigrants in the U.S. who made up the Jewish Anarchist movement that began around 1900 and saw peaks and nadirs of relevance up until the 1970s. The film focuses on the surviving generation of these immigrant Anarchists who published the Frei Arbeiter Stimme (Free Voice of Labor), which was America’s oldest continuously published Yiddish and Anarchist newspaper until it folded in 1977. The newspaper, however, is merely a through-line with which the documentary presents the stories of a Jewish Anarchist community that built trade unions, created schools, and shaped cultural events.<

Metrograph presents this documentary—which features an impeccable new 4K restoration created by the Harvard Film Archive and IndieCollect under the supervision of the filmmakers—at a particularly fitting time in American history. The phrase “required viewing” is certainly a bit overplayed, but Free Voice of Labor: The Jewish Anarchists certainly feels like it fits the bill. In a time where basic rights and freedoms are seemingly constantly under attack, particularly towards immigrants and minorities of this country, Steven Fischler and Joel Sucher’s straightforward documentary serves not only as a compelling portrait, but also a call to arms. It’s not hard to see the work of these Jewish immigrants and connect it to Antifa today and the modern fight against authoritarianism and corporate interests.

The most remarkable aspect of Free Voice of Labor: The Jewish Anarchists is that it plainly demonstrates that movements and activism are the work of a community, as opposed to a single individual. Fischler and Sucher capture some of the voices of these Jewish Anarchists, and allow them to tell their stories in their own words. Even as much as some of these Anarchists’ work might remain unrecognized compared to titans like Emma Goldman, Fischler and Sucher treat each of their interviewees with the respect and honor they are due. The documentary as a whole then is a fitting tribute to the activists who laid the groundwork for so much of the work still being fought (and re-fought) today.https://vimeo.com/472301115

Live Screening on Thursday, November 12 at 8:00PM ET preceded by a discussion with the directors
4K Restoration by IndieCollect and Harvard Film Archive
On Demand via Metrograph 11/13-11/18