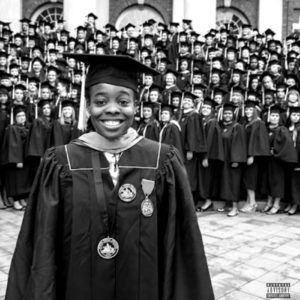 The cover of the album “Finally” by DJ WhySham.

“We have UK Drill, NY Drill, now it’s time for Boston Drill!” So remarks DJ WhySham, Boston’s most beloved community DJ, who is supplying just that with her first single “We Run The City”. Featuring local talent Cakeswagg and Kay Wattz, the track is a hardbody tribute to boogie down Boston, “the trenches” as Cakeswagg so describes.

This is the first single from DJ WhySham’s upcoming debut album Finally, set to release on Labor Day. In a fashion so undeniably fitting for Boston, the album is composed of WhySham’s production and an all-star rotation of women and non-binary rappers and collaborators, including Brandie Blaze, Red Shaydez, and Porsha Olayiwola. From the press release: “An ode to Thelma and Louise, Finally is dedicated to the women and non-binary women in her life, Boston and around the world.”

Game, set, match, Boston — and the rest of the industry too.

Check out the single on Spotify here.