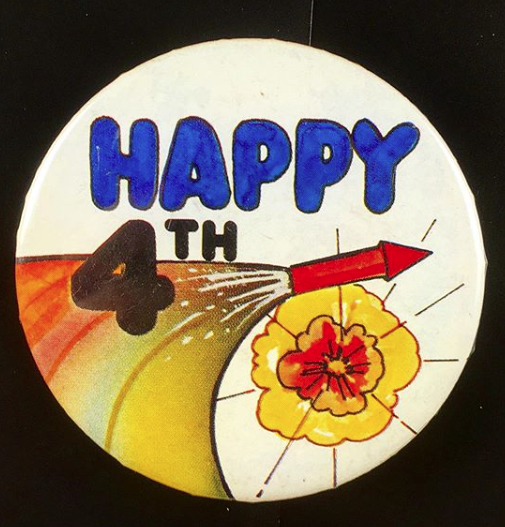 I gave Jacob a lift home earlier tonight and then headed home myself. Driving down side streets in South Providence, everything was cool. People beating the heat of their apartments and celebrating early, sitting on their porches drinking beers and shooting the shit. Driving slow and steady, the radio playing a minor heavy metal hit from the mid 80s on the local classic rock station’s annual top 500 song countdown. Fireworks popping off a street over and the air of the city is already pregnant with the acrid smell of spent gunpowder. Everything feels alright. Honesty, I might like the night of the 3rd better than the 4th. No work tomorrow and plans involving the beach, my friends, and cold beers. Shit rules. It is underrated anticipation and celebration by proximity. It’s the same way I like Xmas Eve more than actual Christmas and New Years Day more than Eve. But I digress. What I’m trying to say is happy 4th of July. Be safe. This button is cool, I bought it a while ago to post specificity today. It’s old, probably from the 80s or early 90s but probably not the 70s.
3” – clasp back- 19?
#4thofjuly #bornonthe4thofjuly#imdrunk #fireworks #america#americanruse#weburntheflagwiththevaluesswornsomedaywellburnittokeepwarm #usa#america#goodbyeamericafuckyouamerica#fucktrump #americathebeautiful#rocketsredglare#hotdogsandhamburgers #july4th#july3rd 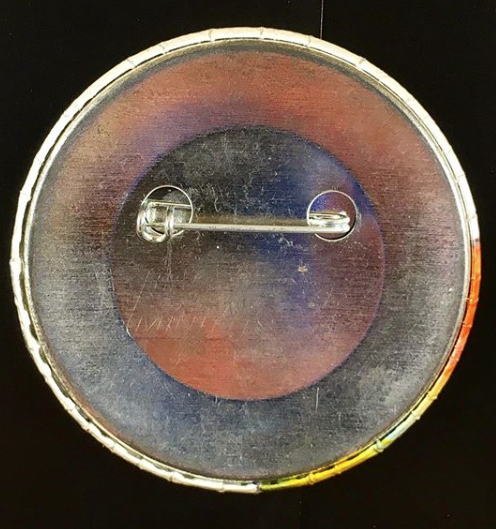